Shiba Inu price action over the past three months has set up a bottom reversal pattern. A breakout from this setup, although far away, hints at an exponential move to the upside.

Shiba Inu price action since January 4 has created two distinctive valleys knowns as Adam and Eve. From January 4 to February 9, SHIB formed a V-shaped valley known as “Adam,” following this is a rounded bottom formation referred to as “Eve.” The Eve is yet to complete, and SHIB is hovering around a crucial support area.

Therefore, accumulating now could provide investors with higher gains. If SHIB flips the $0.0000329 hurdle into a foothold, it will kick-start a 38% upswing to $0.0000454. This move would constitute an 83% gain from the current position. 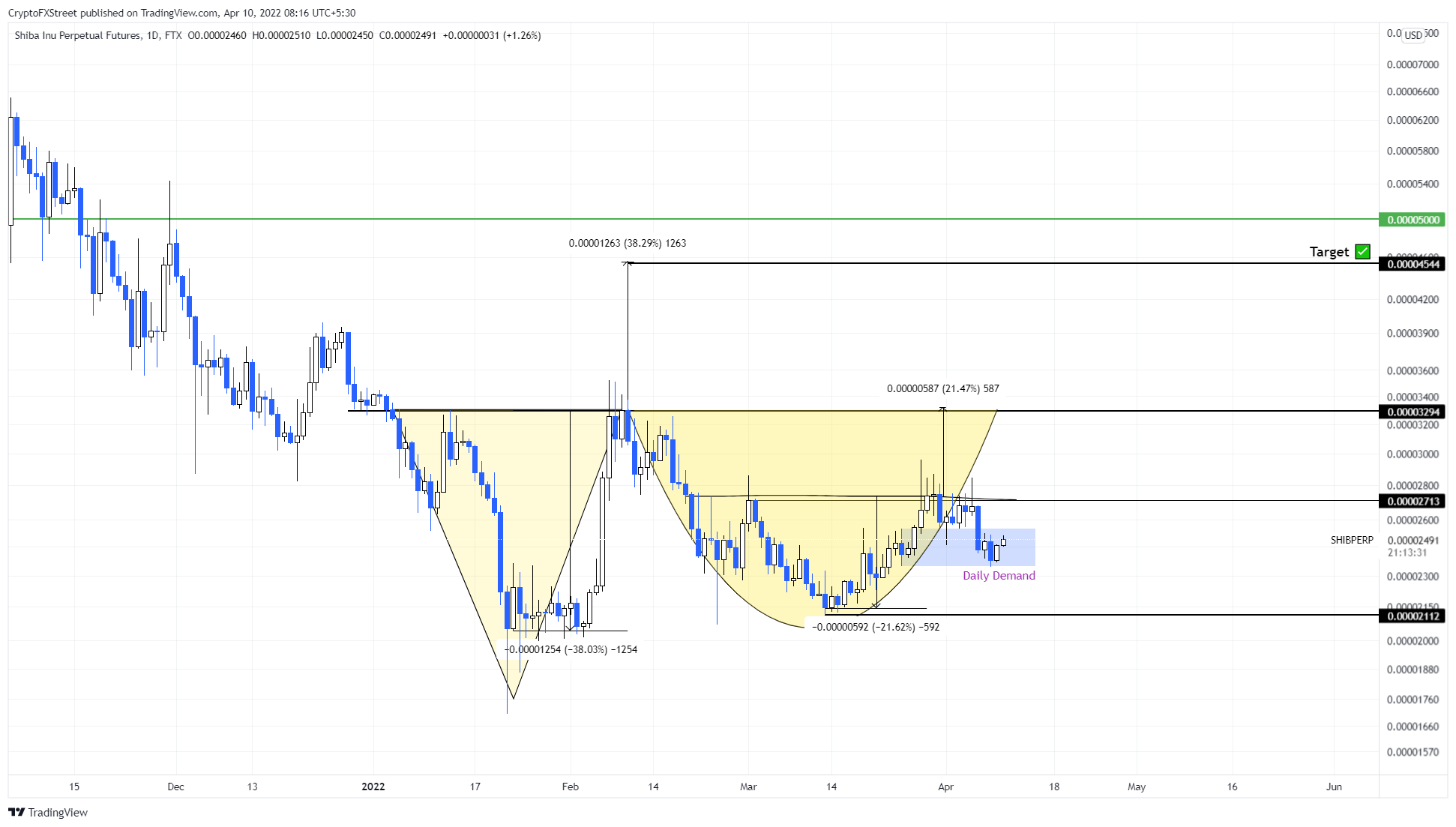 While things are looking up for the dog-themed cryptocurrency, a daily candlestick close below the $0.0000211 support level would invalidate the bullish thesis by creating a lower low.

This development will favor the bears and open the possibility of a crash to $0.0000094.