Shiba Inu price undid almost all of the gains from July 6, but the bulls came to the rescue. Now, SHIB is trading between two crucial levels and is trying to head higher.

Shiba Inu announced the addition of ETH-USDT, LEASH-BONE and SHIB-BONE pairs to the ShibaSwap Decentralized Exchange (DEX). These inclusions come after the developers behind dog-themed cryptocurrency launched the much-awaited ShibaSwap DEX on July 6.

Although the hype around this coin is responsible for its price action, the launch did not trigger a bullish move.

Regardless, the DEX harbors $1.2 billion in total value locked (TVL), which shows the interest behind this dog coin.

The addition of new pairs will only help attract more capital to the exchange, further adding value to its fundamentals despite being a meme coin.

Interestingly, this massive inflow and interest seem to be a factor of two aspects - meme coin and the audit. The official Twitter account for Shiba Inu tweeted a full audit report for the recently launched ShibaSwap exchange.

Since most DeFi projects are being targeted by hackers and exploited, the audit adds credence to the launch, which could explain the $1.2 billion in TVL.

Shiba Inu price is currently trading at $0.00000803 as it takes another jab at slicing through the resistance barrier at $0.00000811. After bouncing off the $0.00000700 support twice in the past five days, the recent attempt could yield fruitful results, especially considering the ShibaSwap DEX and its progress.

Assuming SHIB price slices through the immediate supply barrier, investors need to watch for the reaction at $0.00000870, coinciding with the 50% Fibonacci retracement level. A break above this level will open the path for a retest of the high probability reversal zone, ranging from $0.00000954 to $0.00001070. 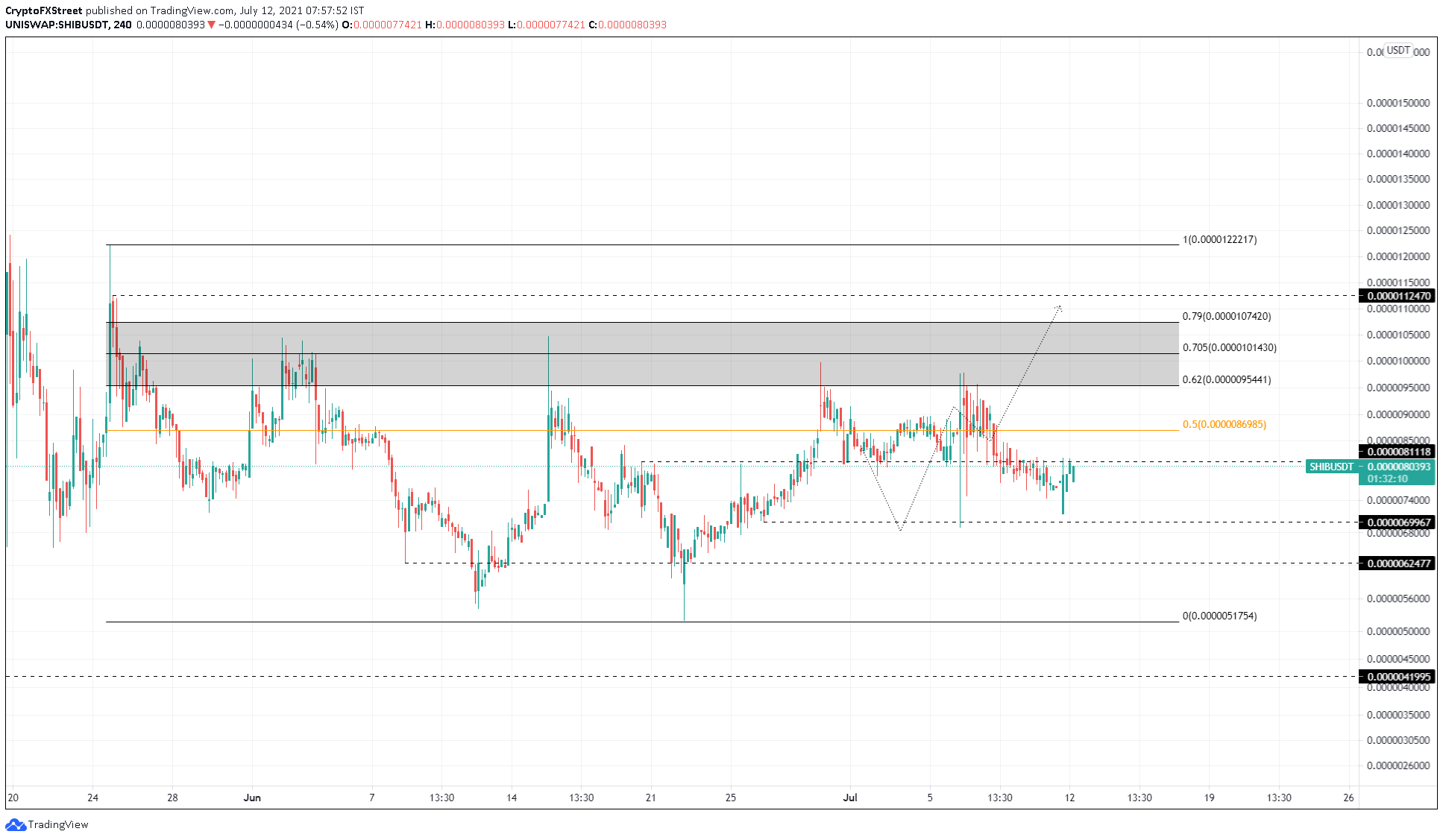 While the upswing narrative seems logical, it is based on the assumption that Shiba Inu price slices through $0.00000811. If SHIB fails to rise past this barrier, it will signal weak buying pressure.

In this instance, market participants can expect the meme coin to slide 13% to tag the immediate support level at $0.00000700. However, a breakdown of the $0.00000625 demand barrier will invalidate the bullish scenario.