Shiba Inu price seems to be sticking close to a significant support level formed over the last three months. A consolidation along this barrier is what led to an explosive move two weeks ago. Therefore, the ongoing consolidation has got investors hoping for another rally.

The meme coin creator Shytoshi Kusama took to Twitter to support SHIB holders against users who are looking to sow doubt and chaos into the ecosystem.

Shiba Inu price is hovering close to a key support level, the POC, at $0.0000118. This barrier is the highest traded volume level since April 11 and was crucial in triggering the previous run-ups for SHIB.

On August 14, the Dogecoin-killer, kick-started a 53% ascent, creating a double top at $0.0000179. Since then, Shiba Inu price has undone the gains and is back at the POC, looking to restart a similar move.

So far, the bulls seem to be absent or non-reactive. However, if SHIB consolidates here long enough, causing a resurgence of buyers, it could catalyze a quick run-up. The immediate level that bulls or smart money will look to target is the equal highs formed at $0.0000179.

While this outlook is easy to comprehend, investors need to be comfortable with the breakdown of the POC and the 9% decline that comes with it. This move will knock SHIB down to retest the immediate support level at $0.0000106. A bounce to $0.0000179 will result in a 68% gain, which is the second scenario. 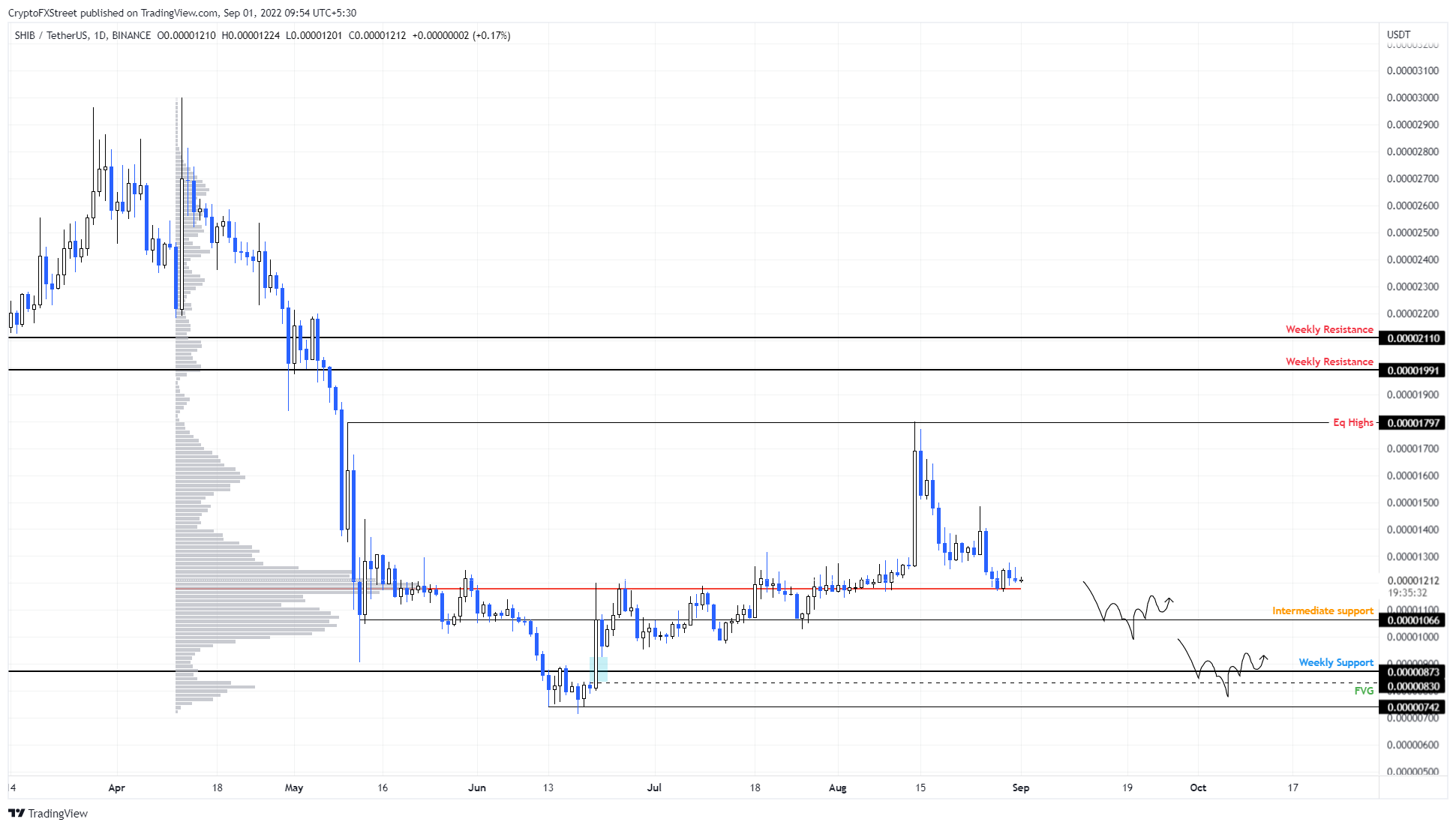 Regardless of the multiple scenarios, investors can dollar-cost average their investments at critical support levels mentioned above instead of waiting for a perfect bottom and missing out on the uptrend.

However, if SHIB produces a daily candlestick close below $0.0000074 without a quick recovery, it will create a lower low and invalidate the bullish thesis for Shiba Inu price.

The video attached below provides a short-term outlook of Shiba Inu price as opposed to the mid-term outlook described above.