Shiba Inu price has outperformed almost all its peers, with an astounding rally of over 500% from the October open. However, some profit-taking and a general retracement may occur before Shiba Inu continues its drive higher.

Shiba Inu price gain of 30% over the weekend, pushes higher but the upside may be limited

Shiba Inu price has two primary trade setups to start the final trading week of October, one long and one short. The trade setup with the highest positive expectancy rate is on the short side of the market. For that setup, the hypothetical short entry would be the break of a triple-bottom at $0.000034 with the stop loss at $0.000037. The profit target would be the confluence zone of the 161.8% Fibonacci Expansion and high volume node in the Volume Profile at $0.000026. The vertical profit target method in Point and Figure analysis also identifies $0.000026 as a likely pullback level.

Additionally, because of the single X above the previous double-top, if Shiba Inu price moves down to the entry at $0.000034, it will also confirm the creation of a bearish Point and Figure pattern known as a Bull Trap. 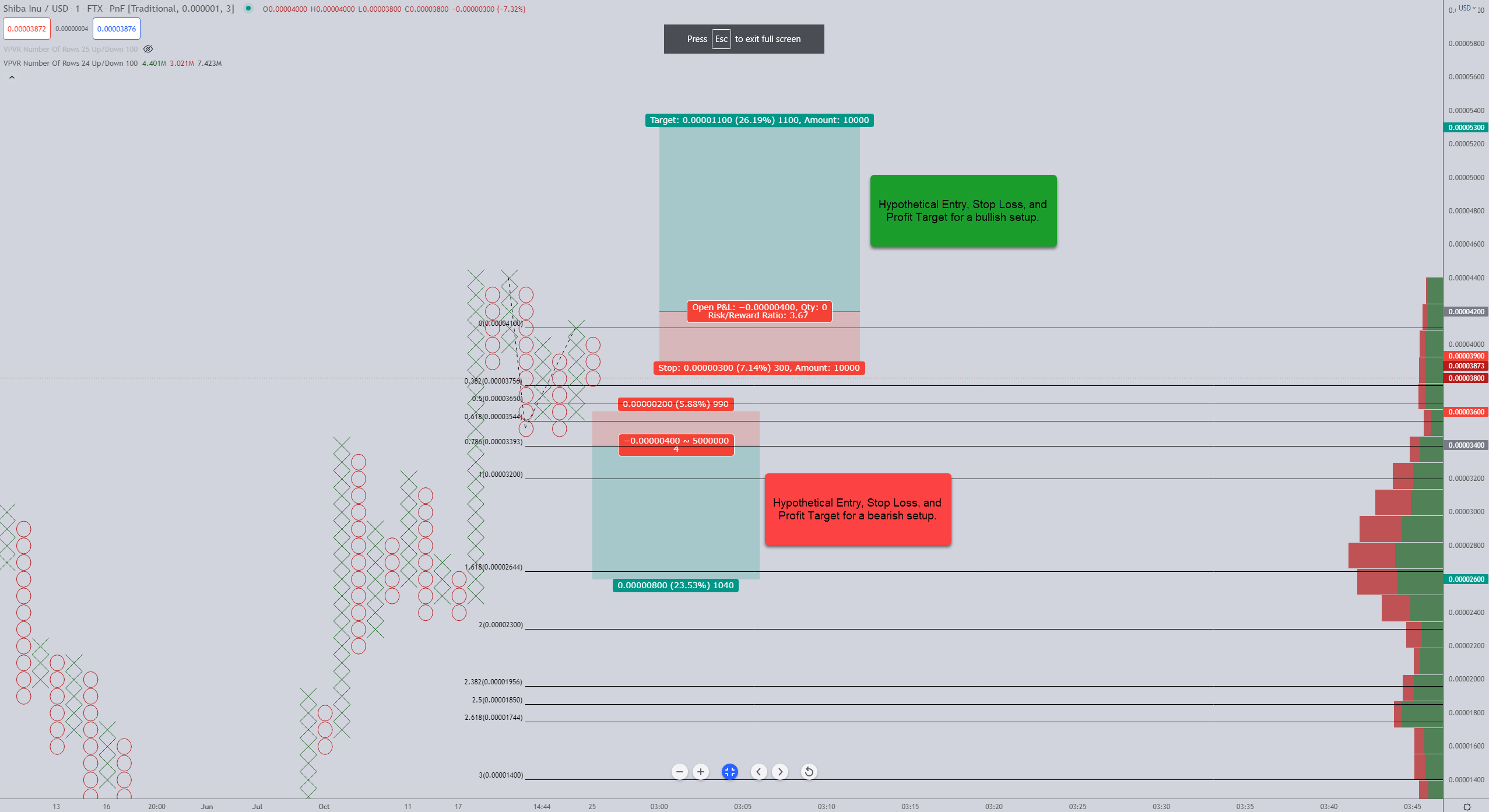 However, the overall trend remains bullish, and the momentum Shiba Inu price is experiencing will likely continue. A hypothetical entry at $0.000042 (stop loss at $0.000039) would occur at the break of a double top and would invalidate the previously identified short idea. The vertical profit target method identifies the maximum upside potential from the hypothetical entry at $0.000053.