Shiba Inu price appears to be oscillating within a continuation pattern as SHIB lacks directional clarity following a decline in trading volume. Although the canine-themed token is bolstered by a few crucial technical support levels, the increase in sell orders may lead to a minor retracement before it shows further directional bias.

Shiba Inu price could retrace further amid the dwindling trading volume compared to the tremendous 400% rally SHIB witnessed earlier this month. The Arms Index (TRIN), which gauges overall market sentiment, has flashed a reading of 1.02, suggesting that there is slightly more selling volume than buying volume.

The prevailing bull pennant chart pattern suggests that if Shiba Inu price slices above the upper boundary of the technical pattern, SHIB may aim for an 80% surge toward $0.00005124. However, until the token manages to slice above the topside trend line that currently acts as resistance, coinciding with the 78.6% Fibonacci retracement level at $0.00002879, it may continue to consolidate and move sideways.

The dog-themed token will discover immediate support at the 50 and 100 four-hour Simple Moving Average (SMA) that meet at $0.00002719. Additional foothold may appear at the ascending support trend line at $0.00002555, which also forms the lower boundary of the bull pennant pattern presented on the 4-hour chart. 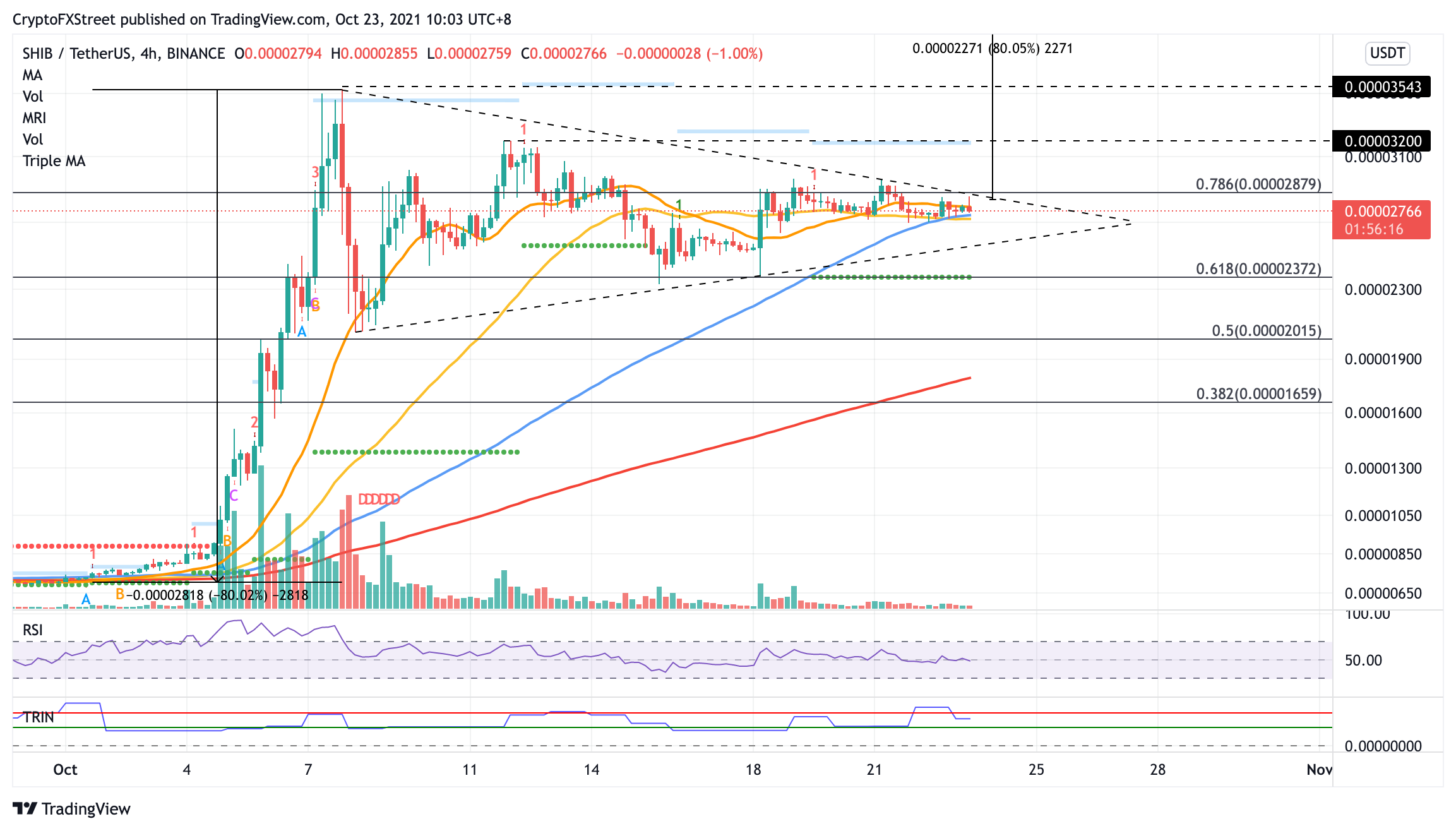 Should further selling pressure arise, Shiba Inu price may fall toward the 61.8% Fibonacci retracement level at $0.00002372, which corresponds to the support line given by the  Momentum Reversal Indicator (MRI). Investors should note that at this point, the bullish outlook given by the prevailing chart pattern may be ruined, but the strength of this foothold should be substantial enough to avoid further losses unless the bears kickstart a selling spree.