Shiba Inu is starting to recover after the massive price plunge that wiped out nearly 30% of SHIB value. A technical indicator has revealed a bottom signal, suggesting that the canine-themed cryptocurrency is about to see a trend reversal to the upside.

Shiba Inu appears to be regaining strength slowly after the September 7 price crash to a low of $0.00000510. On the 4-hour chart, SHIB has printed a bottom signal given by the Momentum Reversal Indicator (MRI), suggesting that the downtrend may be retreating.

The Relative Strength Index (MRI) indicates that SHIB was oversold amid the steep decline, leading to a quick 18% recovery from the swing low. The Arms Index which is used to gauge overall market sentiment is further suggesting a bullish signal sitting at 0.70, as more buyers are in the market than sellers despite the diminished trading volume.

Currently, Shiba Inu price is supported by the July 20 low, as SHIB attempts to tag the 23.6% Fibonacci retracement level that acts as its first obstacle. Should the dog-themed token be able to slice above this level, it would still need to flip it into resistance before attempting to climb higher.

To reverse the period of underperformance, SHIB would need to slice above the 38.2% Fibonacci retracement level at $0.00000677 before tagging the diagonal resistance line sitting near the 50 four-hour Simple Moving Average (SMA) at $0.00000705. Bullish investors should note that this level would act as the next toughest hurdle for Shiba Inu.

Only a massive spike in buying pressure would allow SHIB bulls to target bigger aspirations above the aforementioned resistance, which sits nearby at the 100 four-hour SMA at $0.00000727, then the 50% Fibonacci retracement level at $0.00000729. 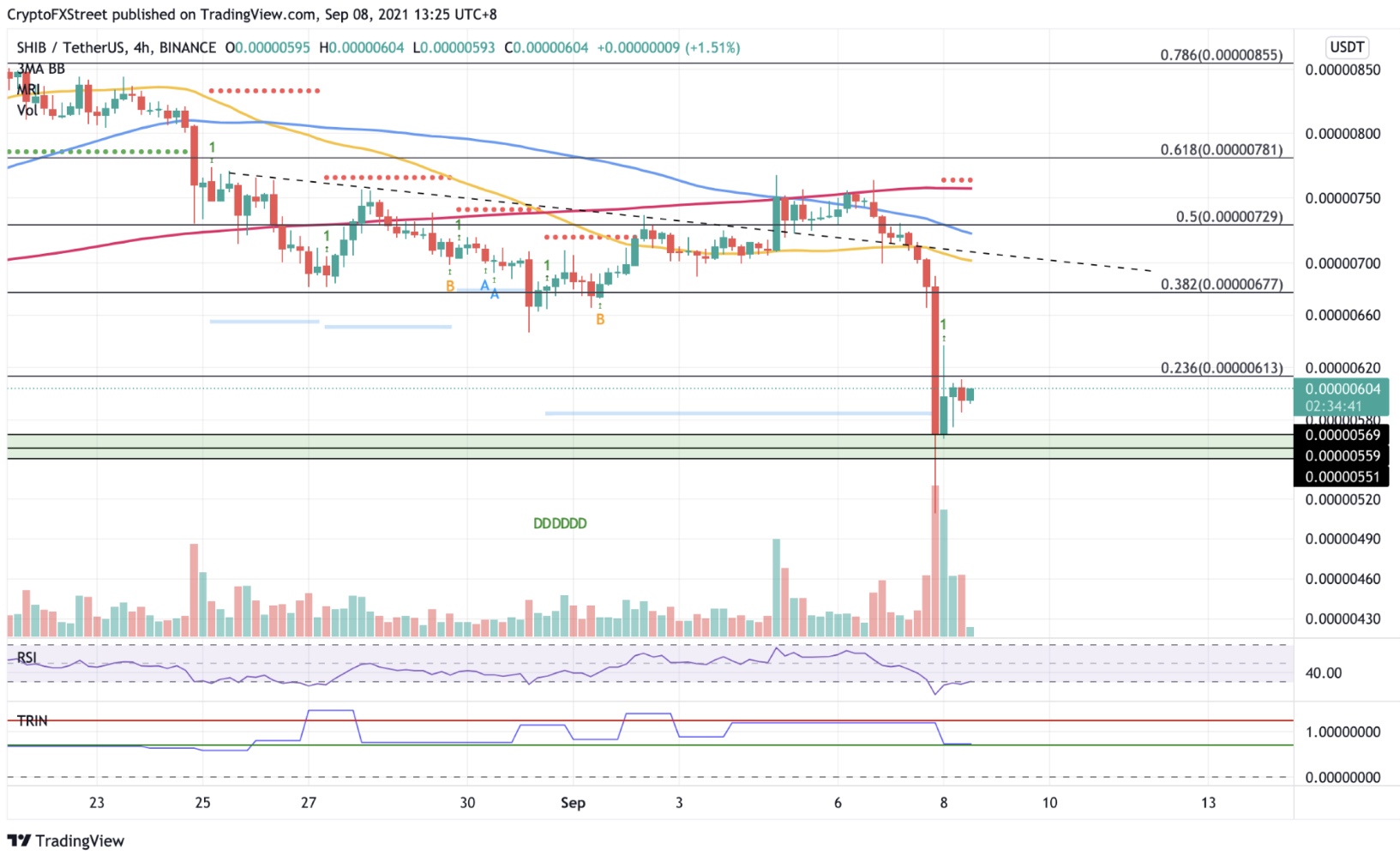 However, higher levels are not expected at the moment unless the buyers show relentless commitment to incentivize Shiba Inu price to continue climbing.

Should selling pressure arise, SHIB may discover immediate support at $0.00000569, the July 20 low, before dropping lower into the demand zone that meets the June 22 low and ends at the June 12 low.