The US SEC has taken several positions against the payments giant throughout the regulator's litigation against Ripple. The information previously protected as privileged in Hinman's emails is now available publicly. XRP and Ripple proponents are awaiting an end to the lawsuit and regulatory clarity on the nature of the altcoin.

Also read: Ripple rallies with proceedings in SEC vs. XRP case, in response to Hinman emails

Former SEC director Hinman’s emails to be called in

The US Securities & Exchange Commission slammed Ripple and two executives, Chris Larsen and Brad Garlinghouse, with a lawsuit in December 2020. As part of its defense, the blockchain company has tried to get complete access to relevant documents that contributed to the formulation of a speech regarding crypto market regulation by a leading SEC official.

William Hinman, Former Director of the Securities and Exchange Commission's Division of Corporation Finance, made a speech on June 18, 2018, which has been labeled the "Ethereum free pass." In this speech he labeled Ethereum, the world’s largest altcoin, a non-security. The speech has been raised throughout the SEC's lawsuit against XRP as evidence it is not a security.

Proponents believe the speech could ultimately dismiss the lawsuit. The court has ordered the SEC to surrender the documents to the defendants on two separate occasions. However, the regulator has fought the court’s demands relentlessly to keep the speech and emails out of Ripple's reach.

The court will take up William Hinman's emails in a conference call scheduled for June 7, 2022, at 3:00 PM UTC. Members of the public can listen to the proceedings in person in Courtroom 23B at the Daniel P Moynihan Courthouse in New York City.

William Hinman's speech could give XRP a free pass

The documents in question take the form of a series of emails in which Hinman sought input from his colleagues at the Securities & Exchange Commission before delivering his speech personally. Ripple's lawyers have argued that whilst certain of Hinman's colleagues discussed legal concepts in some of their responses, this did not imbue them (or the other communications) with any attorney-client privilege.

This means the speech and emails have now been called in for discussion and will be made publicly available. Ripple's lawyers and the community believes Judge Sarah Netburn wants to question the SEC's motion practice on the issue and for that reason has chosen an unusual hearing setting.

The conference call will be recorded, and the transcript will be published later. No further details have been furbished. Magistrate Judge Netburn has yet to decide whether she will allow remote public access for in-court civil proceedings.

Winklevoss twins believe XRP price is in for a bloodbath

As the prices of altcoins XRP, Ethereum, Solana, BNB, Cardano and Dogecoin plummet, the Winklevoss twins, founders of the Gemini exchange, have issued a stark warning of a "crypto winter" approaching. Cameron and Tyler Winklevoss believe the market has entered a "contraction phase."

In a memo to Gemini exchange staff, the Winklevoss twins spoke of, "turbulent market conditions that are likely to persist for some time."

Grizzly, a pseudonymous cryptocurrency analyst, believes Ripple price has entered a correction section that has lasted for over 400 days. XRP price needs to conquer resistance at $0.51 for a bullish trend reversal. Unless that occurs, the general outlook on the altcoin's price is bearish. 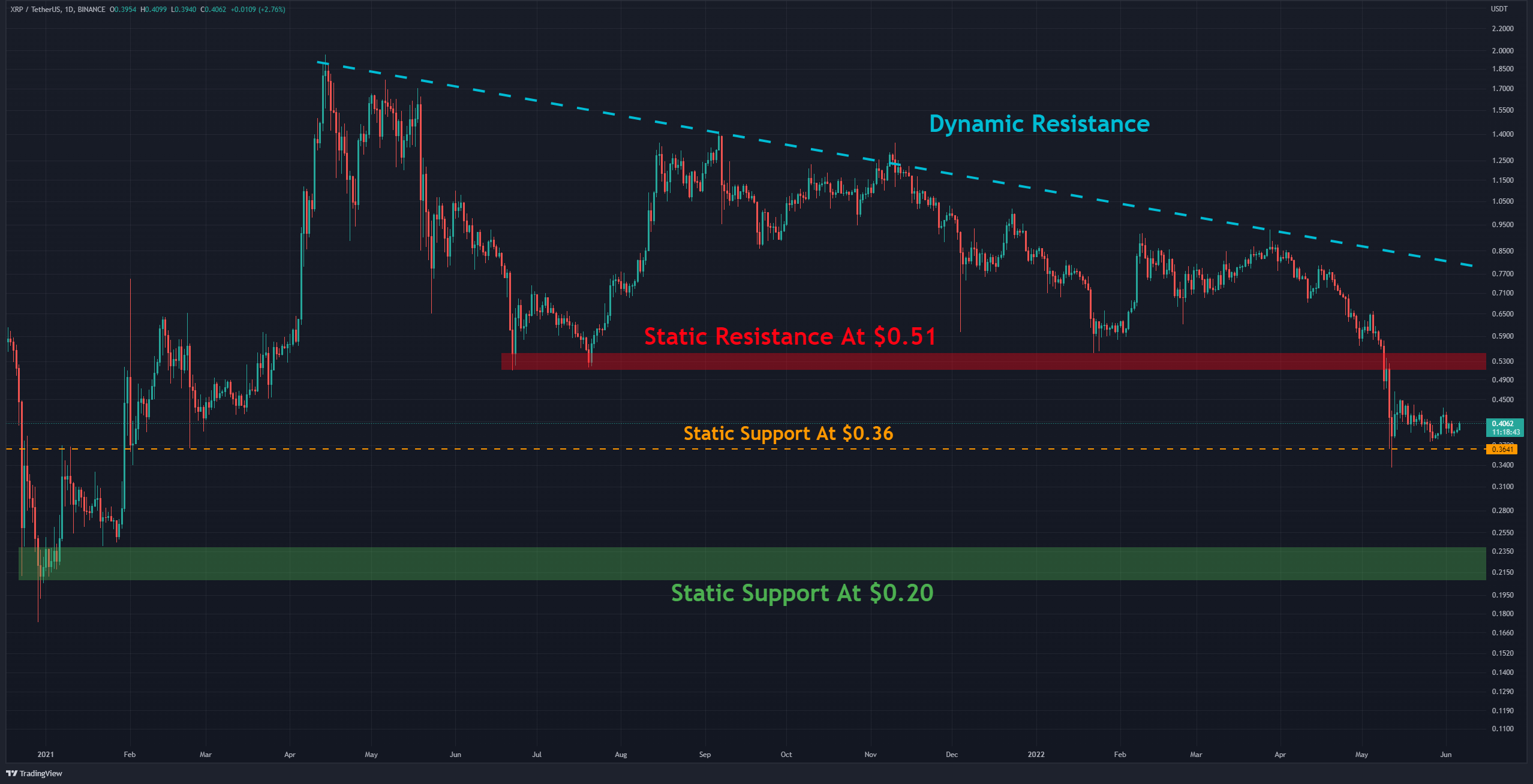