Whales in Ripple's network have continued their accumulation of the altcoin and now hold the highest percentage of XRP. CEO Garlinghouse revealed that Ripple will explore the possibility of an IPO once the ongoing lawsuit with the Securities & Exchange Commission ends.

Ripple could explore an IPO

Brad Garlinghouse, the CEO of Ripple, told CNBC that the payments giant will explore the possibility of a public offering once the SEC's lawsuit against XRP ends. XRP has been used to facilitate cross-border payments and convert it to fiat, which considerably lowers the transaction cost.

Ripple has explored the possibility of an IPO for years now, however, the end of the SEC vs. Ripple lawsuit would be the ideal time for the payments giant to take steps towards it. Despite the recent crypto market crash that wiped out billions from market value, analysts are bullish on the altcoin's recovery.

The SEC vs. Ripple lawsuit has been ongoing for nearly fifteen months and is expected to end this year. Garlinghouse told CNBC,

I think we want to get certainty and clarity in the United States with the U.S. SEC. You know, I'm hopeful that the SEC will not slow that process down any more than they already have.

According to data from crypto intelligence platform Santiment, XRP whales have been busy accumulating the altcoin. With the XRP price drop, whales have scooped up the altcoin.

Whales have scooped up between 1 million and 10 million XRP tokens after collectively accumulating it. Large wallet investors now hold the highest percentage of XRP supply in the last two months. Whales in this category are the most active and hold 6.12% of the coins in circulation. 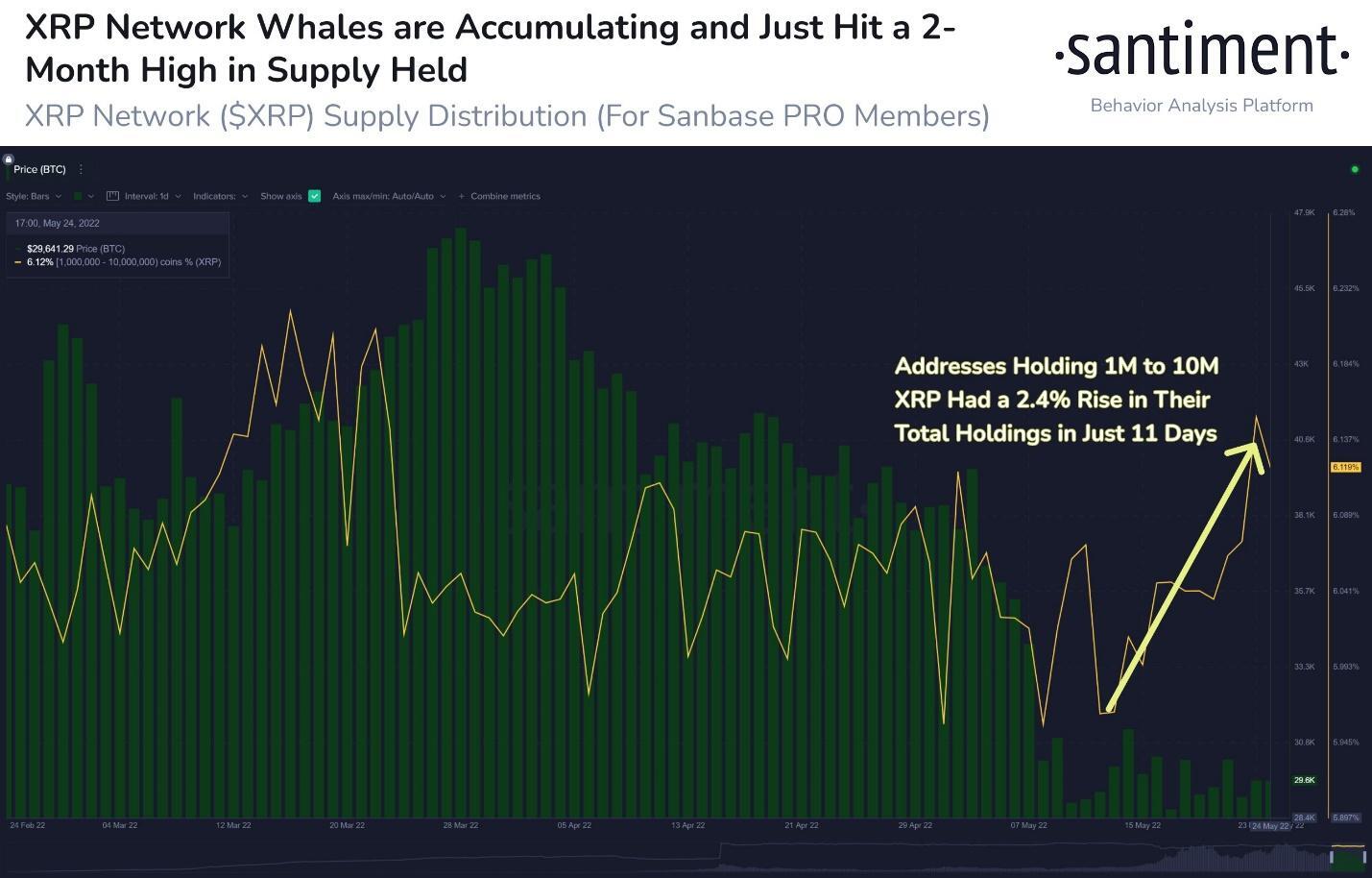 Ripple has formed higher highs since the crash on March 20, 2022. Analysts at FXStreet believe Ripple price has produced higher lows, and RSI is producing lower lows, a sign of bullish divergence.

Analysts are therefore bullish on the Ripple price rally.