SafeMoon price, along with Shiba Inu, was one of the biggest surprises of October. However, threats of a deeper pullback could be dismissed given the deep retracement that occurred over the weekend, followed by solid dip-buying.

SafeMoon price has found buyers step at three key Ichimoku levels – the Tenkan-Sen, the Kijun-Sen and the weekly Tenkan-Sen (represented by a dark blue line/ray). Those three Ichimoku levels fall into a price range that from $0.0000040 to $0.0000047. Sellers tested those levels heavily during the Saturday and Sunday trading sessions.

Elliot Wave Theory can provide some ideas of how far SafeMoon price could pull back. Assuming that the massive bull run in October was Wave 1 of an Impulse Wave, that provides several price zones to consider. Wave 2 is often a 50%, 61.8%, 78.6% or 88.2% Fibonacci retracement of Wave 1. Using the bottom of the weekly strong bar as the retracement low, that gives traders the following price levels to consider:

SafeMoon price has already tested and found support against the 50% level at $0.0000039, but it remains to be seen whether SafeMoon will move lower. If it does not and the 50% level is where Wave 2 ends, then the next level to watch is the 161.8% Fibonacci expansion of Wave 1 at $0.000012, which would fulfill Wave 3 in the current, implied Impulse Wave. However, to move to that new all-time high, buyers will first need to return to the all-time high at $0.000007. 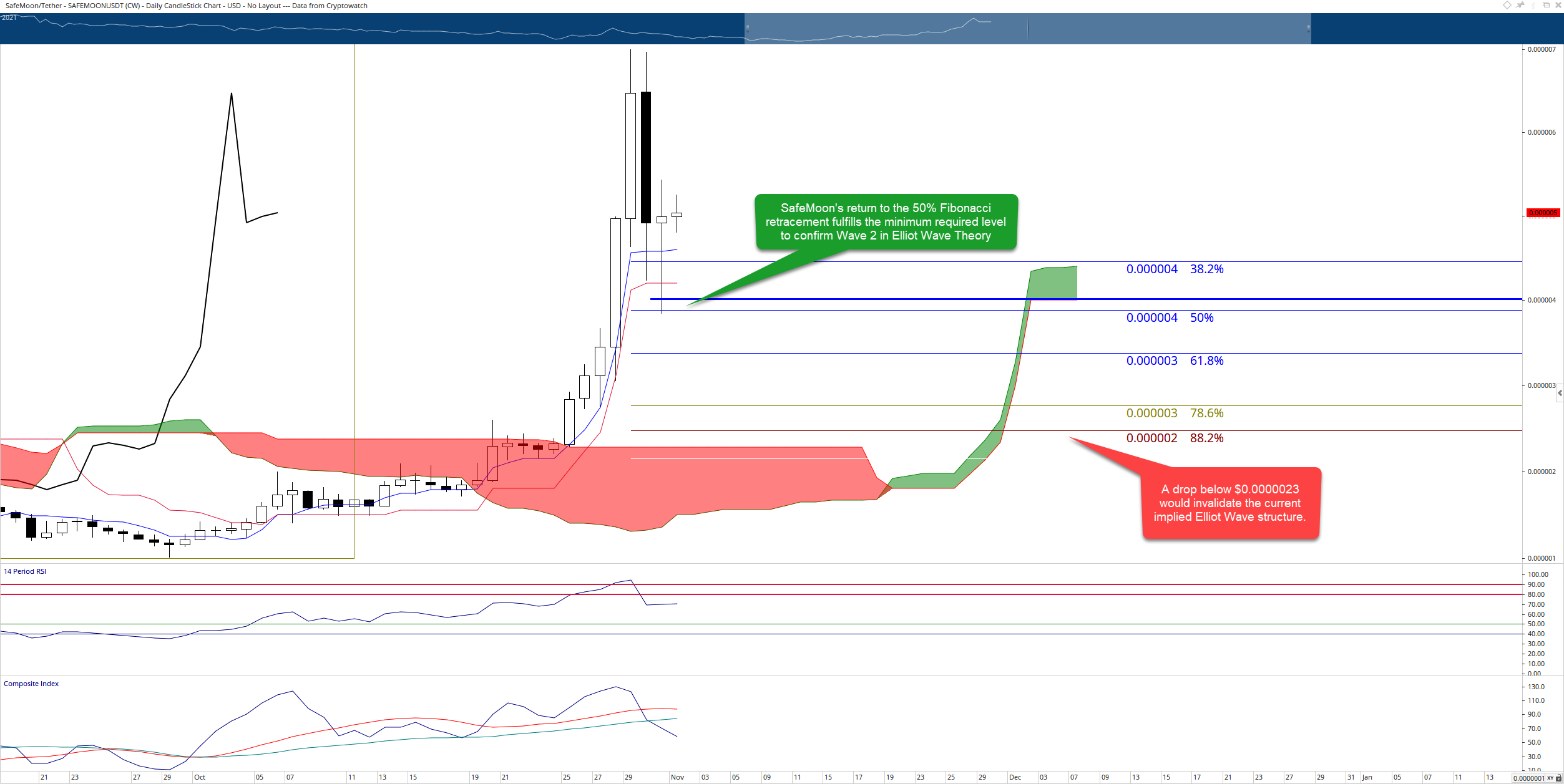