SafeMoon price is currently attempting to push toward the range low in hopes of reclaiming it. If successful, the bulls need to set up a higher high to trigger an uptrend.

While not impossible, an ascent in the market value of SAFEMOON will likely face delays.

SafeMoon price has been on a downtrend since its May 26 swing high. Although there were multiple attempts to head higher, they were feeble and ended up as lower highs. The recent sell-off exacerbated the bearish outlook as it sliced through the range low at $0.00000273.

While the present situation for SAFEMOON might appear bearish, a swift recovery above the said level will alleviate the pain if not extinguish it.

However, if the buyers propel this altcoin to produce a decisive 12-hour candlestick close above the $0.00000295 resistance level, it will have set up a higher high, suggesting that the bulls mean business. 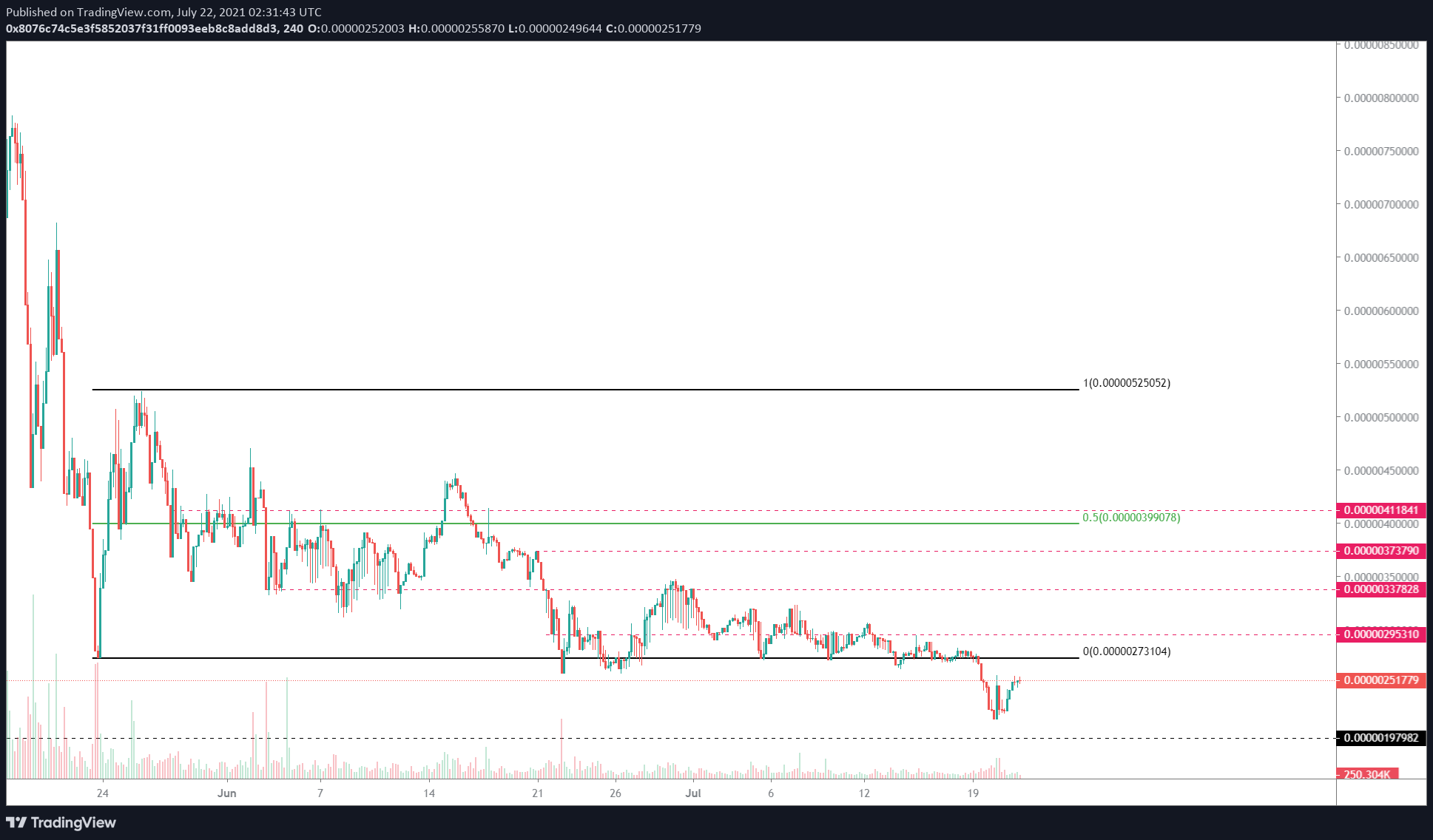 In such a case, a spike in selling pressure that pushes SafeMoon price to produce a decisive 12-hour candlestick close below the July 20 swing low at $0.00000216 will invalidate the bullish thesis.

If the bearish momentum persists, SAFEMOON price will retest the support level at $0.00000198.