SafeMoon price has been coiling in a descending triangle formation since the May crash, with no high probability opportunities or upside momentum, reflecting a complete evacuation of investor interest. As descending triangles reflect a bearish bias among speculators, the outlook is tilted to the downside for the short-term.

SafeMoon price not concerned, but it should be

A descending triangle is a bearish chart formation that usually develops as a continuation pattern during a downtrend, indicating distribution. The horizontal line highlights demand that blocks the cryptocurrency from falling, while the declining trend line presents the increasing selling pressure.

The standard measured move rule for a descending triangle is to compute the height from the highest peak to the horizontal line and then add or subtract the amount to the breakout price (the point where price crosses the trend line) to get a price target. An alternative calculation is to take the amount and multiply it by the percentage of the breakouts meeting the target price. In the case of downside breakouts, 50% reach the target price.

To trigger the descending triangle pattern, SafeMoon price needs to bust the emerging support offered by April’s descending trend line and log a daily close below $0.00000261, something it has not been able to accomplish. Once accomplished, SAFEMOON will get some support at the June 22 low of $0.00000230 before striking the first measured move price target of $0.00000186. If SafeMoon price subverts the support at $0.00000186, it may quickly drop to the April 21 low of $0.00000150 and potentially to the second measured move target of $0.00000111. 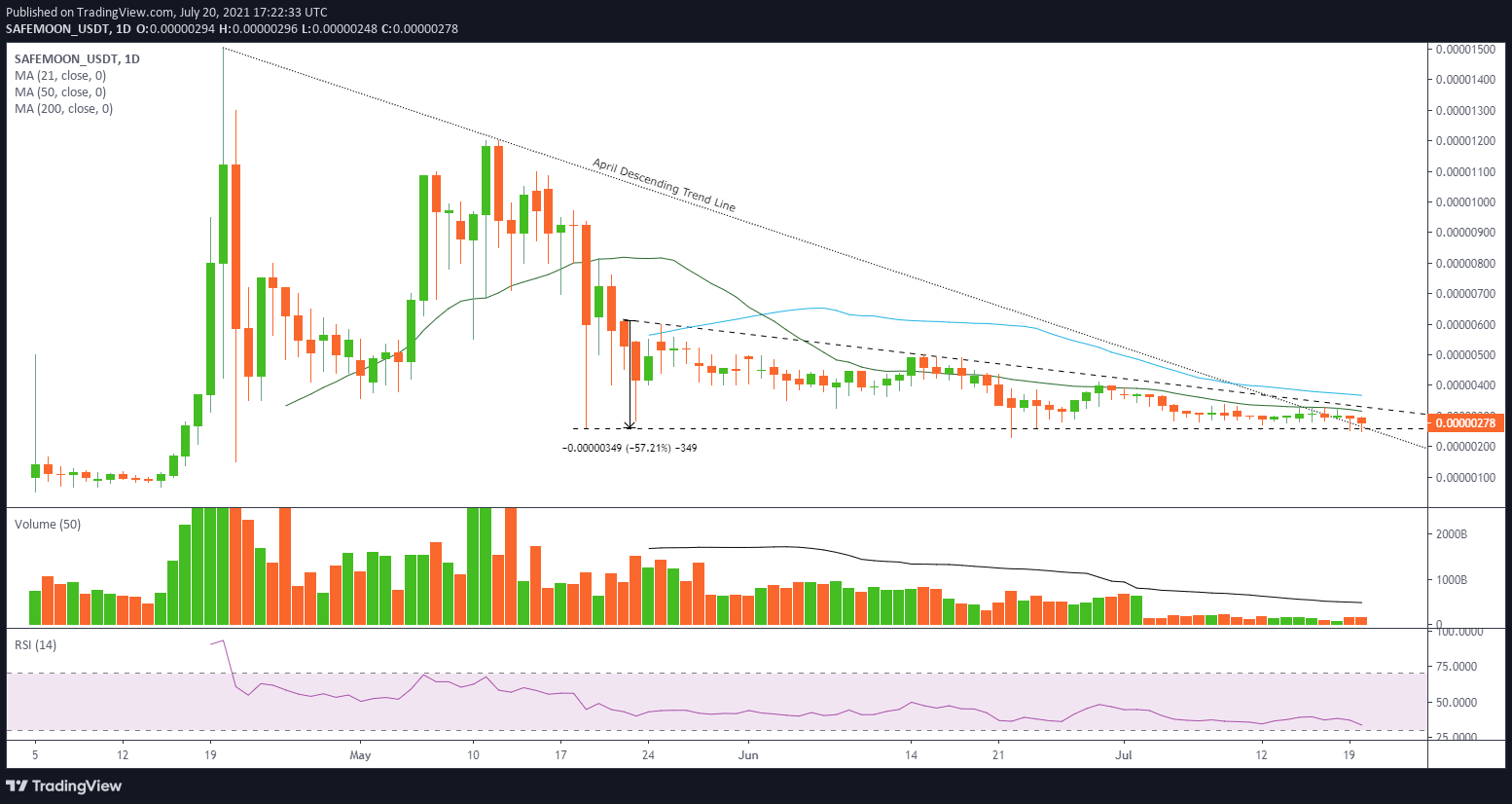 SafeMoon price is on the edge of a considerable move. Still, the bearish bias of the descending triangle pattern combined with a deteriorating cryptocurrency complex tilts the probabilities in favor of a downward resolution of the pattern. To put it bluntly, it is a concerning situation for SAFEMOON speculators with the potential to unfold swiftly.