SafeMoon (SAFEMOON) price is under siege by further bearish price action as Safemoon price is squeezed against the temporary floor at $0.00000289. As bears continue selling alongside the descending red top line, expect momentum to prove too big for bulls to defend and to see a break lower through the floor. Expect further downside continuation toward $0.00000100.

Safemoon price is again in a downtrend with price action on the back foot since November. With already 45% losses booked since SafeMoon hit $0.00000700, a break below the current support level would hold another 40% of devaluation against the dollar. The bearish move in SafeMoon is because of the bears shorting SafeMoon and because the dollar index has hit a new year’s high as the greenback appreciated 3% in November.

SafeMoon price thus has in its currency pair against the dollar two elements pleading against any possible uptick. Expect the bearish triangle, being formed by the floor at $0.00000100 and the red descending trend line, to fall in favor of the bears with a lower break that could quickly accelerate toward $0.00000200 in a first phase. In the last downtrend cycle, bears will go for the $0.00000100 level that has held support since April and got tested for its strength in August and September. 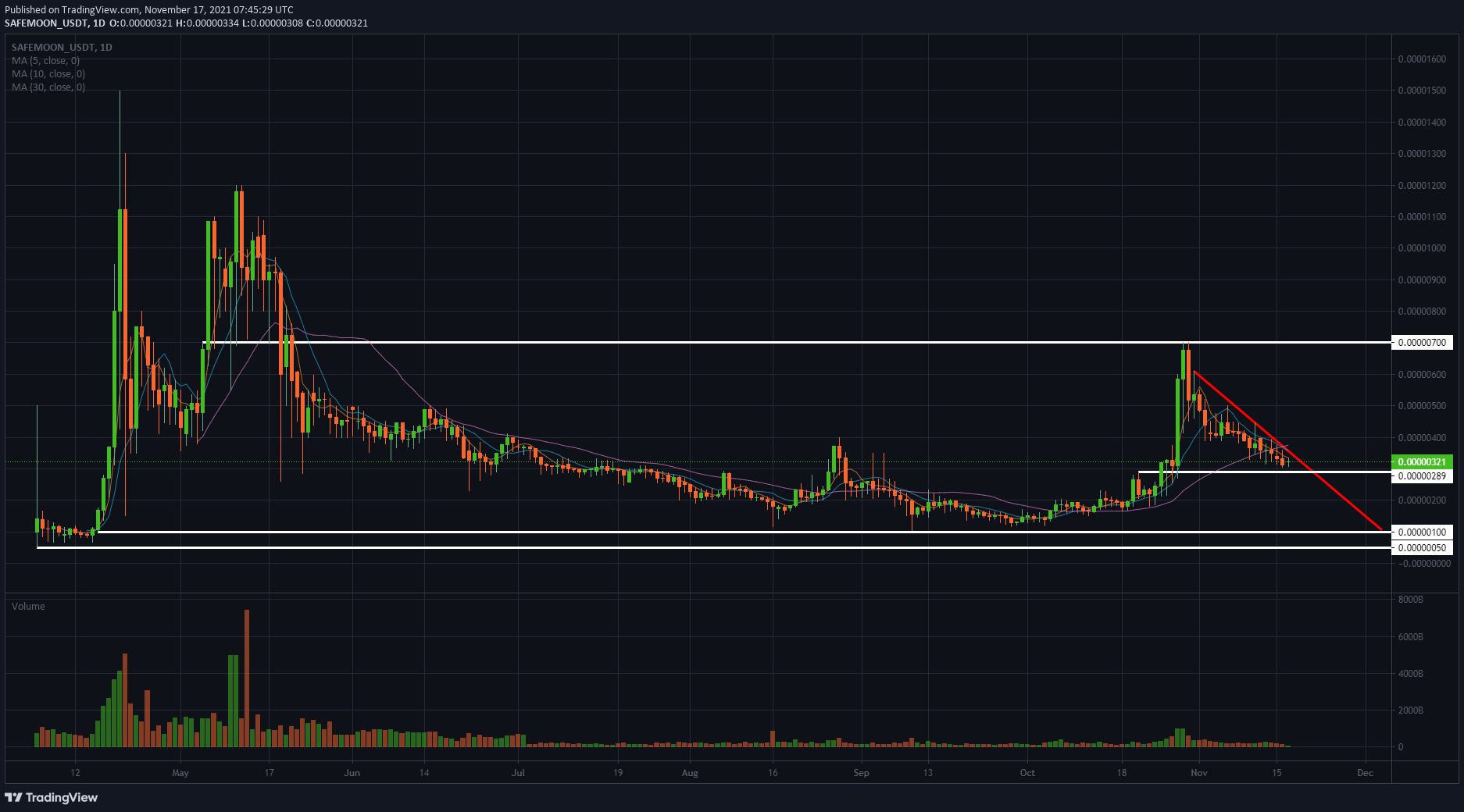 With that said, expect bulls to stand ready at $0.00000100 to pick up SafeMoon price at a very attractive level and discount. The next level of support lies very close within reach at $0.00000050, the historical low for Safemoon. With those two levels very tight near each other, expect some significant spikes in buy-side volume and to see a bullish breakout quite quickly toward $0.00000289.