On July 22, Reddit announced on r/ethereum that it had chosen Arbitrum for scaling Reddit's Community Points (RCP) to the Ethereum Network. RCP is an ERC-20 token, and Reddit plans to scale it further and offer additional use cases for the crypto by deploying it on the Ethereum mainnet.

After receiving proposals from several Ethereum scaling solutions, the social media giant chose Arbitrum since its optimistic rollups (layer two constructions that run on top of Ethereum's base layer) are the most promising ones for scaling RCP.

Reddit chose Arbitrum since the latter derives its security and finality from the base chain. It offers users control of their Community Points and other blockchain assets. Arbitrum supports the same toolchain as Ethereum, and this makes it easier for developers to launch apps on top of Community Points.

Reddit has announced plans to test Arbitrum technology on Rinkeby; an Ethereum testnet used to run tests on scaling solutions, before deploying RCP on the Ethereum mainnet. The price of the r/CryptoCurrency native coin Moon (MOON) is rallying since Reddit shared its plans.

MOON price is up over 162% on Honeyswap (a decentralized exchange) since July 22 based on CoinGecko data. MOON is dedicated to news, discussions, and crypto analysis. 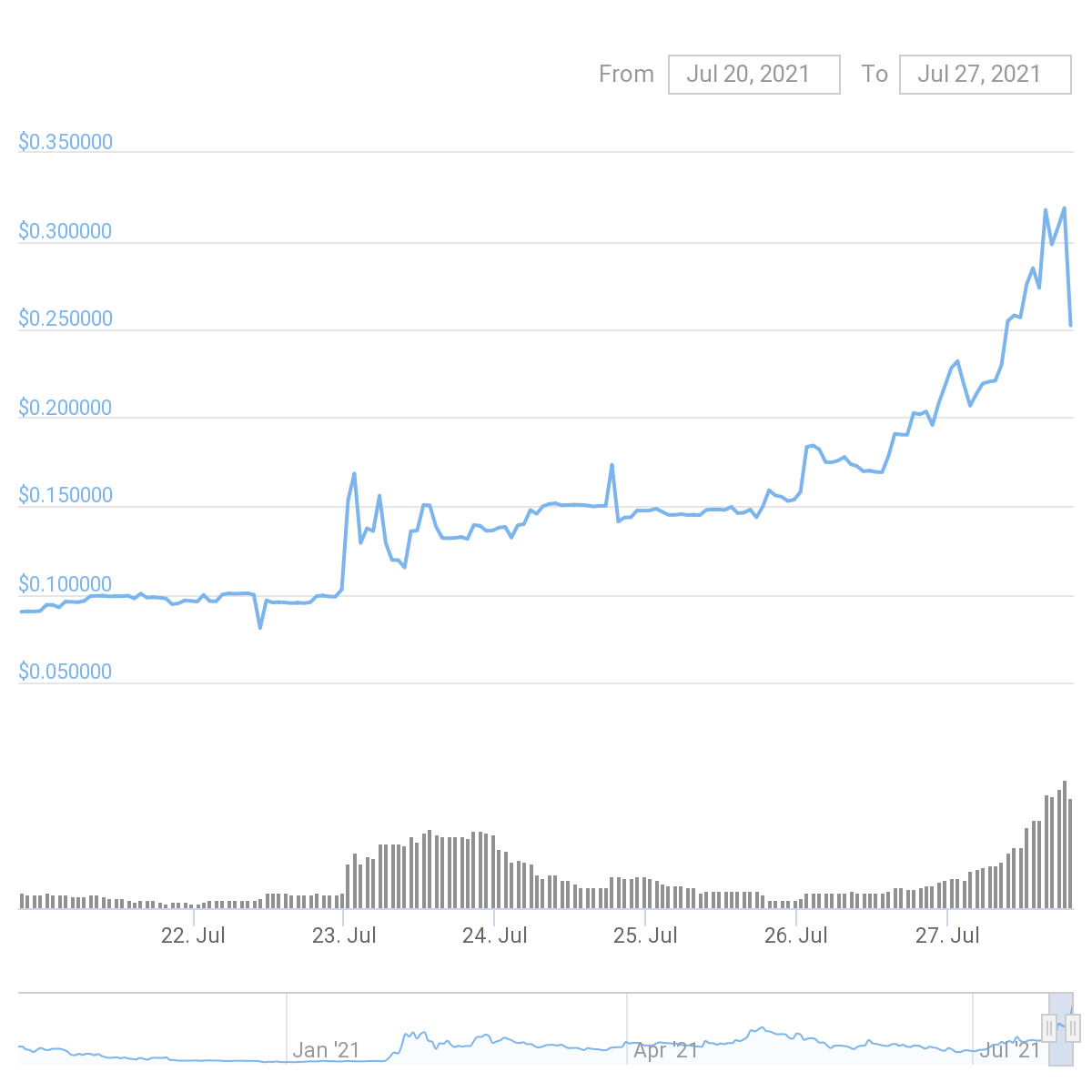 MOON is interoperable with all other Ethereum applications and assets, and Redditors earn the crypto based on the content they produce on the r/CryptoCurrency subreddit. Active users obtain it from the karma points they generate or via tips from other Redditors.

The subreddit will decrease the number of monthly MOON tokens released until 250 million (limited supply) has been distributed. Once a Redditor spends MOON on Reddit, buying a membership to the subreddit, buying special badges and awards, or participating in polls, the protocol will remove those tokens from circulation.

The number of MOON available for Reddit users is expected to drop over time, and this is how the token derives its value. Moreover, half of the burned MOON is reintroduced in the following month to ensure enough new coins, even after the initial 250 million are released.

The Crypto community is responding enthusiastically to the news of the mainnet migration, and the price surge noted on Honeyswap is the initial reaction. The price is likely to increase further once Reddit deploys RCP to the Ethereum mainnet.