Polkadot price is ready to surprise the market and return to a bull market. There is a highly positive bullish confluence of activity for DOT at the entry level of the Bear Trap pattern currently developing on the $1.00/3-box reversal Point and Figure chart. If the entry identified below triggers, Polkadot will simultaneously confirm the Bear Trap pattern and breakout above the bear market trendline to convert DOT into a bull market.

The hypothetical long setup off the Bear Trap setup is a buy stop order at $32, a stop loss at $28, and a profit target at $50. This trade setup represents a 4.5:1 reward/risk and has an implied profit of 60% from the entry. A two to three-box trailing stop would help protect any profit made post entry. 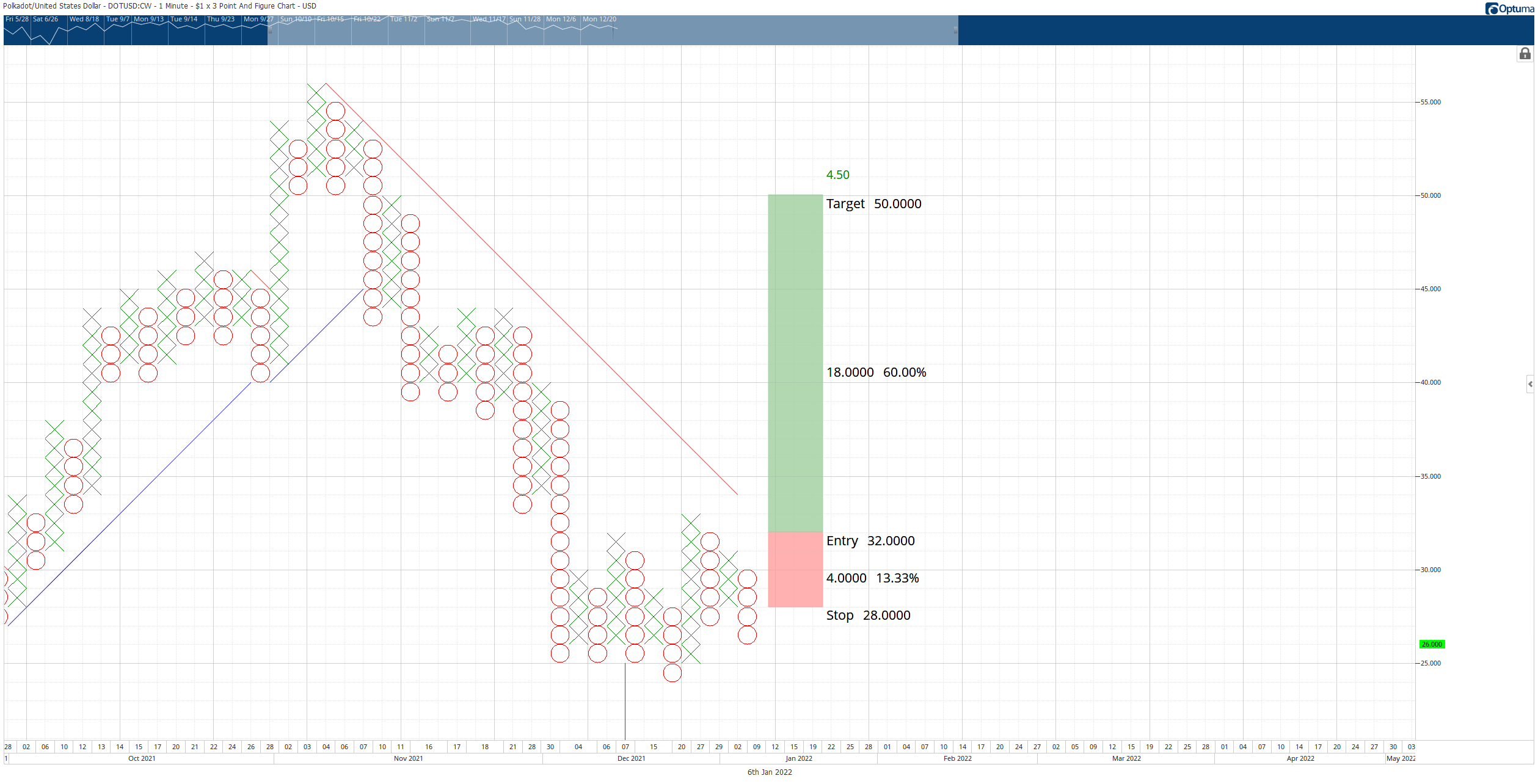