Pegged to Peru’s official fiat currency, the Peruvian sol (PEN), the new stablecoin is designed to enable instant transactions across Anclap’s network, including conversions to other fiat currencies as well as “any other digital asset,” the firm announced Saturday.

Called the “digital sol,” the stablecoin is said to be 100% backed by local fiat currency and is available on the Stellar network to be integrated into any platform.

According to the announcement, the digital sol is already available for purchase from several digital wallets as well as exchange against foreign currencies such as the Argentine peso, the Brazilian real, the United States dollar and the euro.

“The digital sol opens borders of the Peruvian market, allowing local people and companies to send and receive payments, exchange value ​​with anyone else in the world in all types of currencies, in a matter of minutes and at a very low cost,” Anclap co-founder Ivan Mudryj said.

The digital sol is the latest Stellar-based stablecoin joining the Anclap stablecoin ecosystem after the firm started working on the Argentine peso-pegged stablecoin in January 2020. “Argentina and Peru are currently connected to the Stellar Network using their respective stablecoins,” Anclap noted in a blog post on Friday. 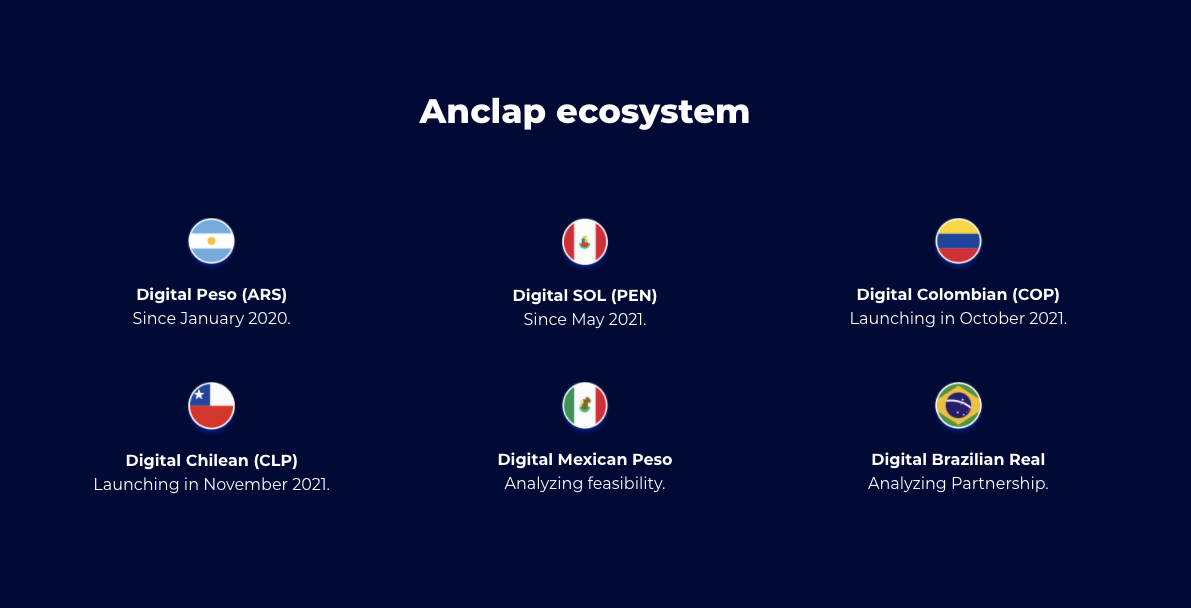 Anclap has been working on its Stellar-based digital payment network since 2017, with a mission to eliminate costly and slow banking transactions.

“It is not just a new country with their stablecoin but millions of citizens who are now bridged to new financial opportunities to build a better future for themselves,” Anclap noted on the digital sol launch on Twitter.

The digital sol launch comes amid massive growth in the market of private stablecoins, with the total stablecoin value surging from $37 billion in January to nearly $130 billion in late September 2021. The parabolic surge of the stablecoin market has drawn increased attention from global regulators, with many jurisdictions around the world planning to toughen stablecoin regulation.