Ontology price has been consolidating almost a month inside a technical pattern that predicts a 50% move in either direction.

Ontology price action over the last 30 days reveals aggressive moves from both the buyers and sellers. As a result, ONT has formed lower highs and higher lows, typical in a symmetrical triangle pattern.

As the trendlines converge, ONT price gets squeezed until it breaks out. Since both the camps want to take control of the asset, the breakout direction isn’t fixed. However, the setup forecasts a 50% move, which is the distance between the swing high and swing low at the broadest part of the triangle.

The sell signal flashed by the SuperTrend indicator on March 11 suggests a bearish bias. So, a sudden spike in selling pressure that results in a 4-hour candlestick close below $1.02, will trigger a 50% downswing to $0.50. 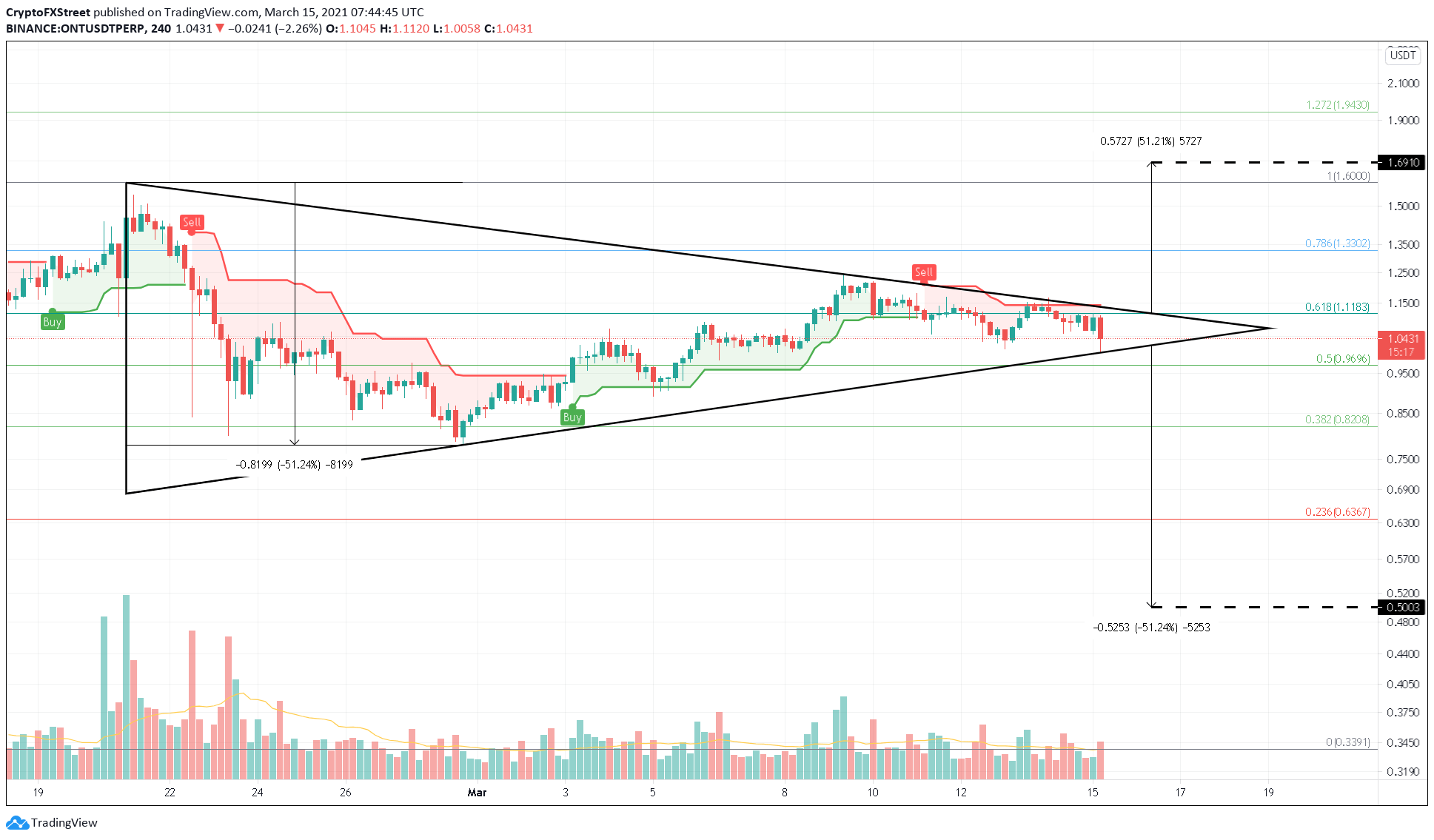 Adding credence to the bearish outlook is the lack of a stable support barrier as portrayed by the IntoTheBlock’s In/Out of the Money Around Price (IOMAP) model.

Instead, this on-chain metric shows a massive supply barrier around $1.06, making the idea of a bullish breakout unlikely. Regardless of the overhead barriers, a decisive close above the symmetrical triangle’s upper trendline at $1.18 will invalidate the bearish thesis for Ontology price and kickstart a 50% upswing to $1.69.