MATIC price is at the cliff of a 32% descent as Polygon is nearing a critical support line. The prevailing chart pattern suggests that the bears are planning a significant sell-off toward $1.64 if the layer-2 token slices below $2.34.

MATIC bears prepare for slide toward $1.64

MATIC price has formed a rising wedge pattern on the 12-hour chart, suggesting a bearish outlook for the token. The governing technical pattern projects a 32% nosedive toward $1.64 if Polygon breaks below the lower boundary of the prevailing chart pattern at $2.34.

The first line of defense for MATIC price will appear at the 38.2% Fibonacci retracement level at $2.37, coinciding with the 50 twelve-hour Simple Moving Average (SMA).

Before the bears reach the pessimistic target given by the prevailing chart pattern at $1.64, additional support will emerge at the 50% retracement level at $2.20, then at the 100 twelve-hour SMA at $2.11. 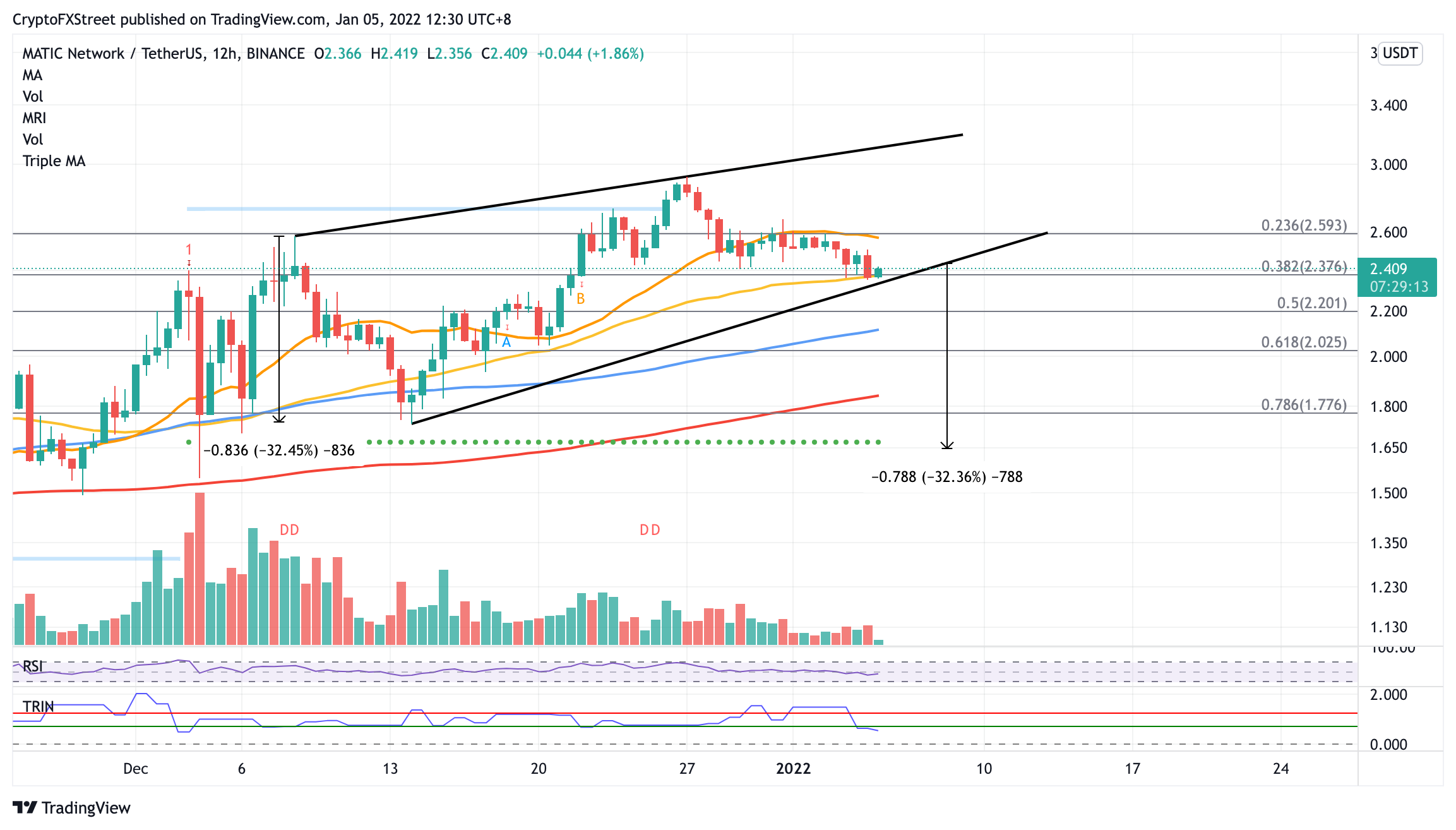 However, if the bulls manage to turn the narrative around, the first line of resistance will emerge at the 21 twelve-hour SMA at $2.59, which intersects with the 23.6% Fibonacci retracement level.

Additional resistance will appear at the December 31 high at $2.66, before Polygon bulls attempt to challenge the record high at $2.93.