MATIC price action has been lacking compared to its peers – but that is about to change. It once dominated the social media and speculation space for cryptocurrencies. However, signs show that attention will once again be focused on MATIC.

MATIC price is poised for a significant breakout if it can hold its near-term support structure. On the weekly Ichimoku chart, the 50% Fibonacci retracement and Kijun-Sen share the same price level at $1.53. Just below that is the Tenkan-Sen at $1.40. Sellers have already been rejected from moving below the Tenkan-Sen as buyers stepped in and supported MATIC.

The oscillators show that any breakout is likely to be sustained. The Relative Strength Index continues to ping-pong between the oversold levels of 55 and 65 while the Composite Index nears a bull cross over of its slow moving average. 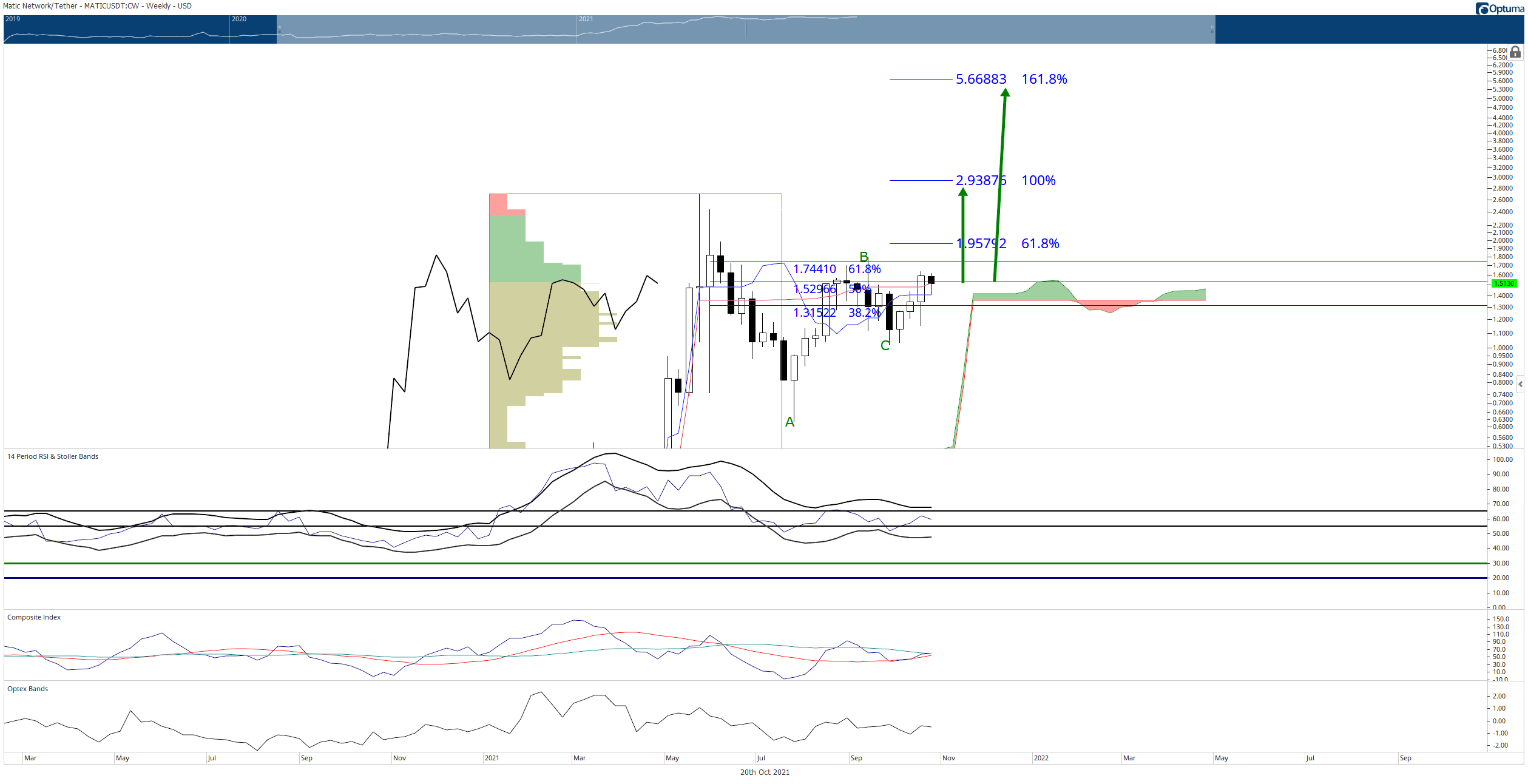 If short sellers desire to invalidate the imminent bullish breakout, they will need to push for a clear close below the weekly candlestick of September 24th close of $1.13. Until then, MATIC price is poised to rally with the broader cryptocurrency market.