MATIC price continues to consolidate after hitting new all-time highs on December 27. As a result, the Point and Figure chart has formed two trade opportunities for both sides of the market.

MATIC price remains in an uptrend, but downside risks exist

MATIC price has two trade opportunities on its $0.05/3-box Reversal Point and Figure Chart. The first theoretical trade is a buy stop order at $2.70, a stop loss at $2.50, and a profit target at $3.25. The entry is based on a breakout above a triple-top. The trade represents a 2.75:1 reward for the risk setup. 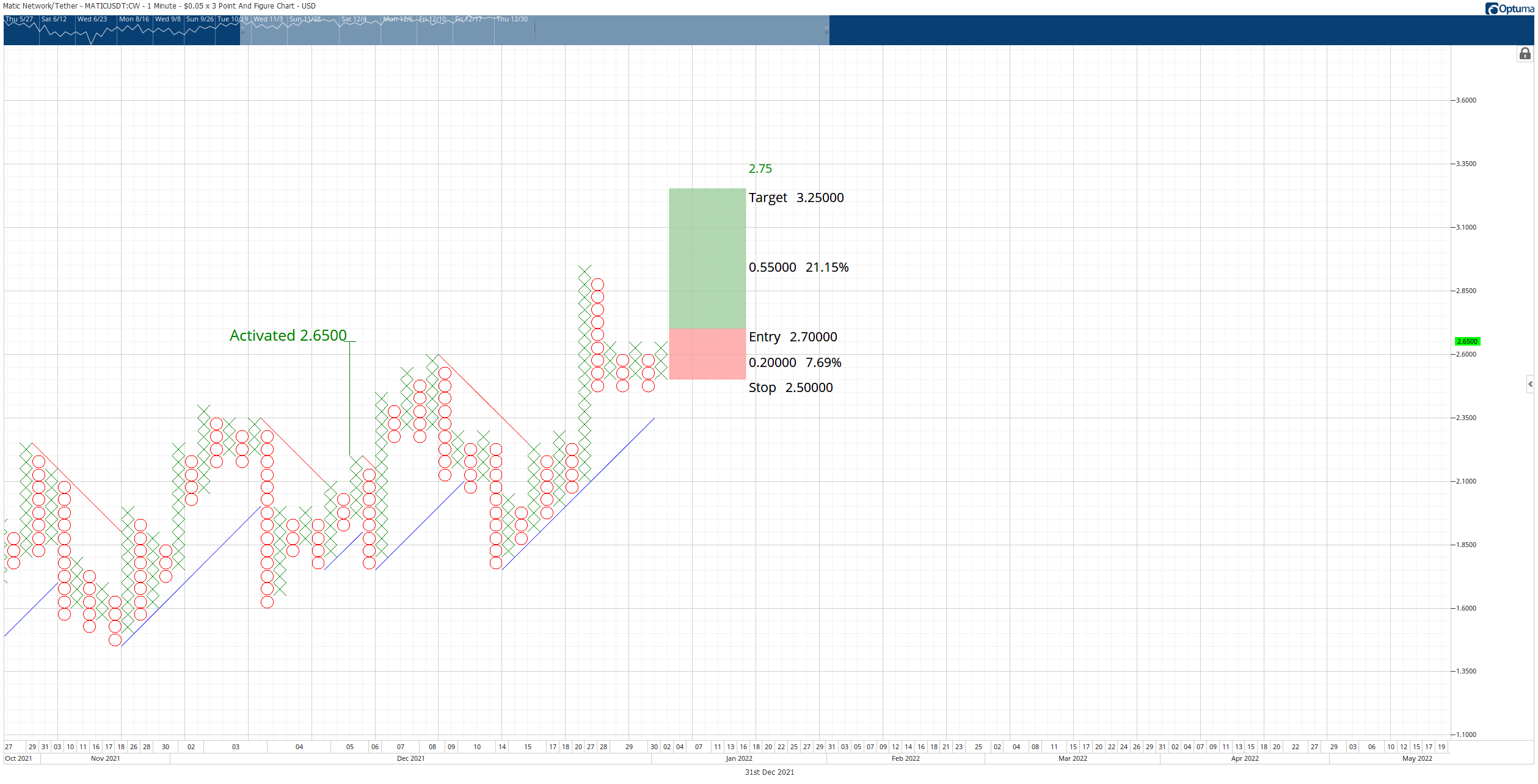 Triple-top breakouts are some of the most sought-after bullish entry methods in Point and Figure – however, the projected profit target is quite limited compared to other opportunities. In addition, MATIC price is already developing overbought conditions on its candlestick chart, so traders will want to observe whether the long setup is appropriate – especially over the weekend.

The second hypothetical trader setup is a sell stop order at $2.40, a stop loss at $2.60, and a profit target at $1.80. The entry is based on the breakout below a tripe-bottom. The trade idea represents a 3:1 reward for the risk setup with an implied profit of 24%. 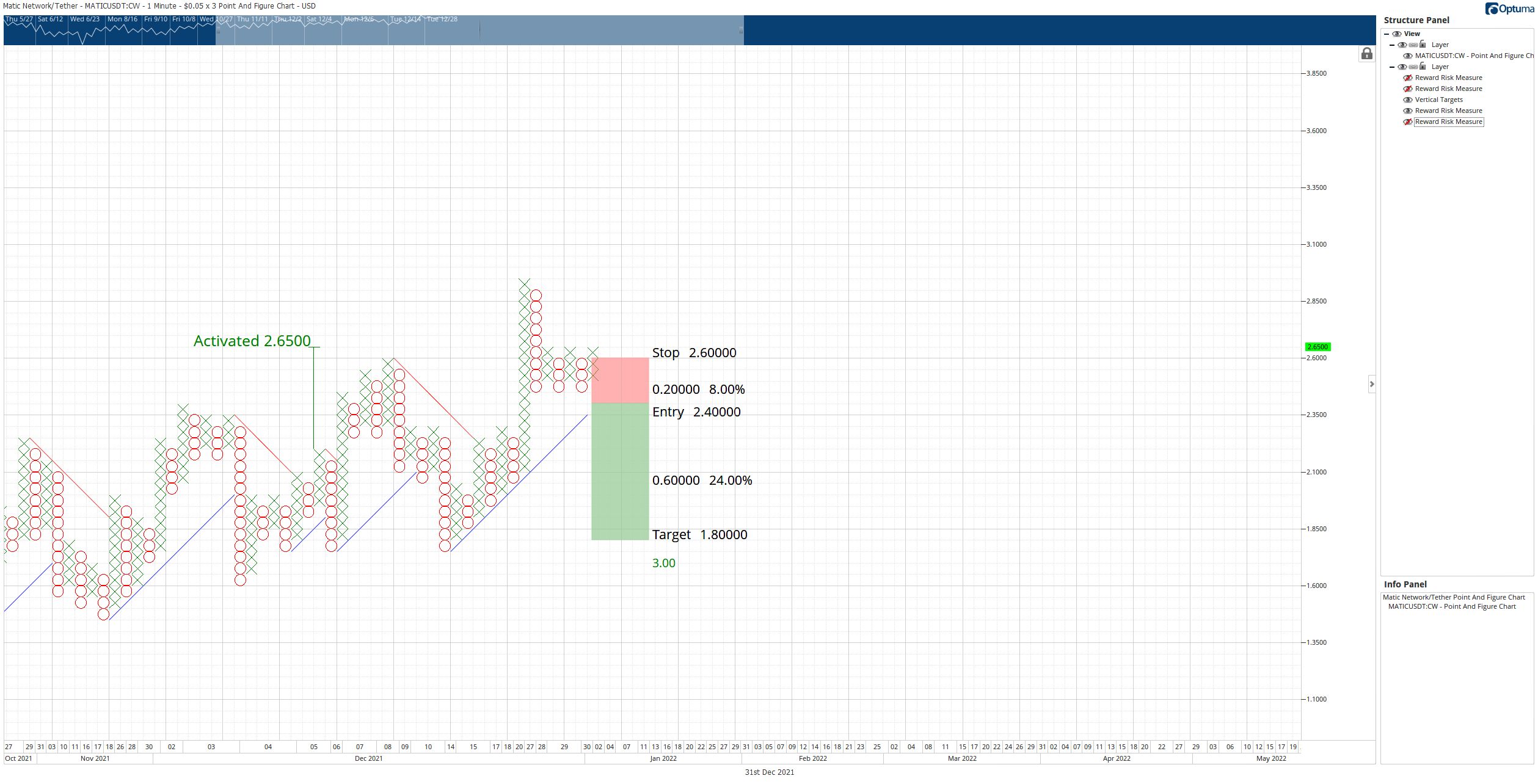 As with the theoretical long trade setup, there are some concerns with the short side. However, the trend remains bullish, so traders entertaining the short side of the market should watch for any bear trap to develop – specifically if MATIC price drops only one to two boxes below the entry and then reverses.

Both trades represent robust entry conditions with high positive expectancy rates of success. However, caution is essential because market makers could position MATIC price for a series of false breakouts during the holiday weekend.