MATIC price suffered one of the fastest 50% retracements out of the major cryptocurrencies. Bears finally generated a sell-off from the rising wedge and pushed MATIC towards its most vital primary support zone. Buyers have stepped in, but it remains to be seen whether they will continue.

MATIC price action has been dramatic over the past several weeks. Sellers were able to complete a 50% retracement on MATIC’s daily chart in just five days after breaking out below the rising wedge – the speed of which has not been matched by any other principal high market cap cryptocurrency. However, despite the selling pressure, bulls have returned and are positioning Polygon for another run higher.

The black vertical line on the weekly chart represents an upcoming Kumo Twist in the Ichimoku system. Kumo Twists often act as turning points for price action. If an instrument is trending at or near a Kumo Twist, important turns in the market can occur by creating new major/minor swing highs/lows. For example, the current corrective move for MATIC price culminates right next to the upcoming Kumo Twist, indicating a swing low has formed a new uptrend will begin. 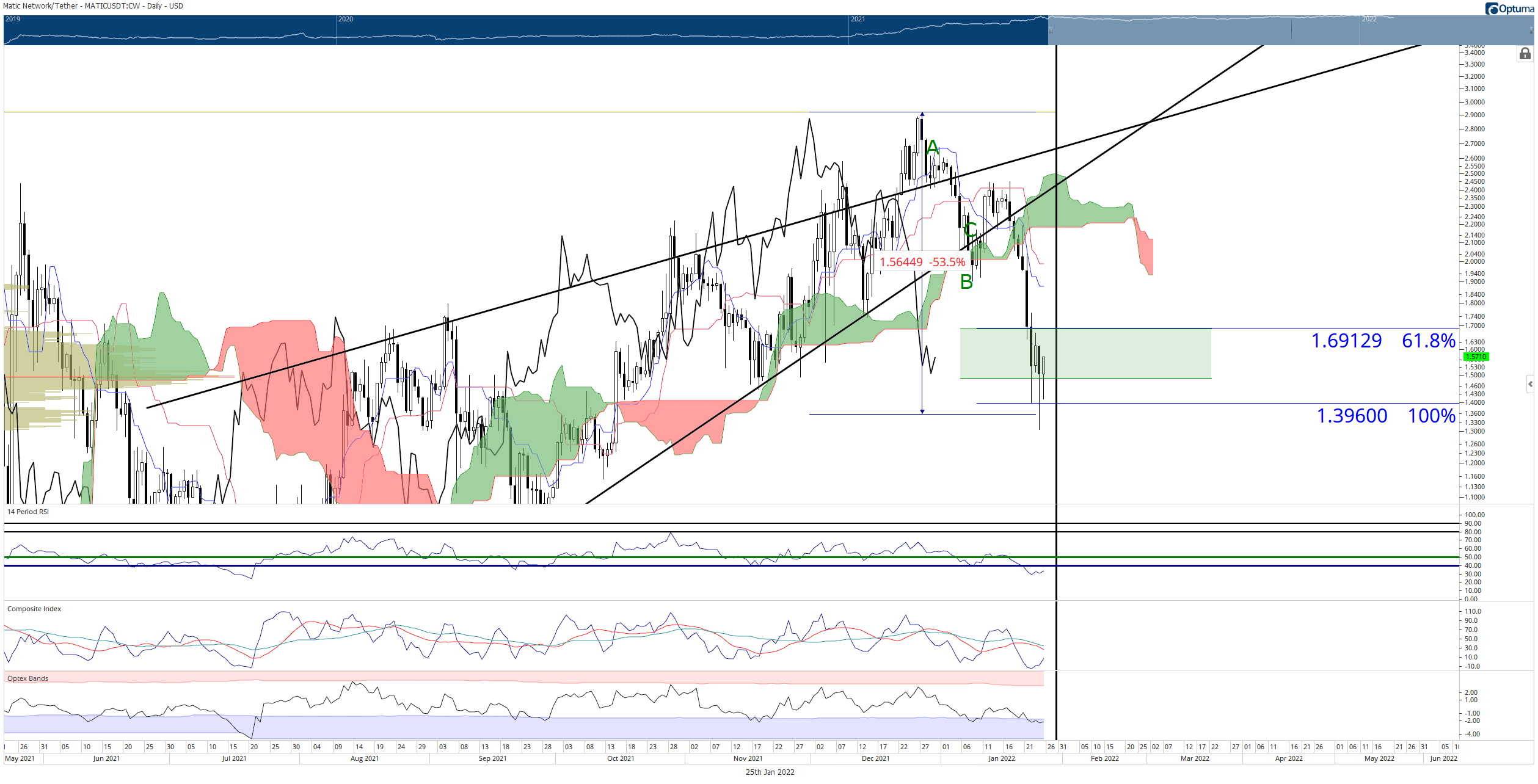 A support zone between $1.50 and $1.69, previously identified on January 18, was hit on January 22. Sellers pushed MATIC price below that support zone, but then buyers rallied back inside it, and there MATIC remains. A strong bounce or recovery rally is expected as the oscillator values are heavily oversold. MATIC is likely to test the Kijun-Sen at $2.00 as resistance before bears resume any selling pressure. Buyers should be aware that a small bump in the road to $2.00 could occur at the Tenkan-Sen near $1.88, but the rejection should be temporary.