Litecoin price has seen a sharp recovery after Wednesday’s massive sell-off. However, this uptrend will face significant overhead barriers that could prevent it from climbing higher.

Litecoin price slows down its ascent

Litecoin price has surged roughly 45% from its swing low created on May 19 at $147. However, this stellar recovery will face multiple resistance barriers that will prevent its move higher or slow down the pace of its upswing.

The immediate supply level at $225.77 will be crucial, and the first ceiling where LTC is likely to reverse. A few ticks above $225.77 is the 200 twelve-hour SMA at $234.74, the second significant area of interest where the buying pressure is likely to dampen or extinguish.

Investors can expect a reversal at these levels that could push Litecoin price down by 17% to the first support barrier at $185.22.

While the level mentioned above isn’t significant, LTC will mostly find a firm foothold around $168.33, a swing low created on March 25 before the altcoin began its bull rally. 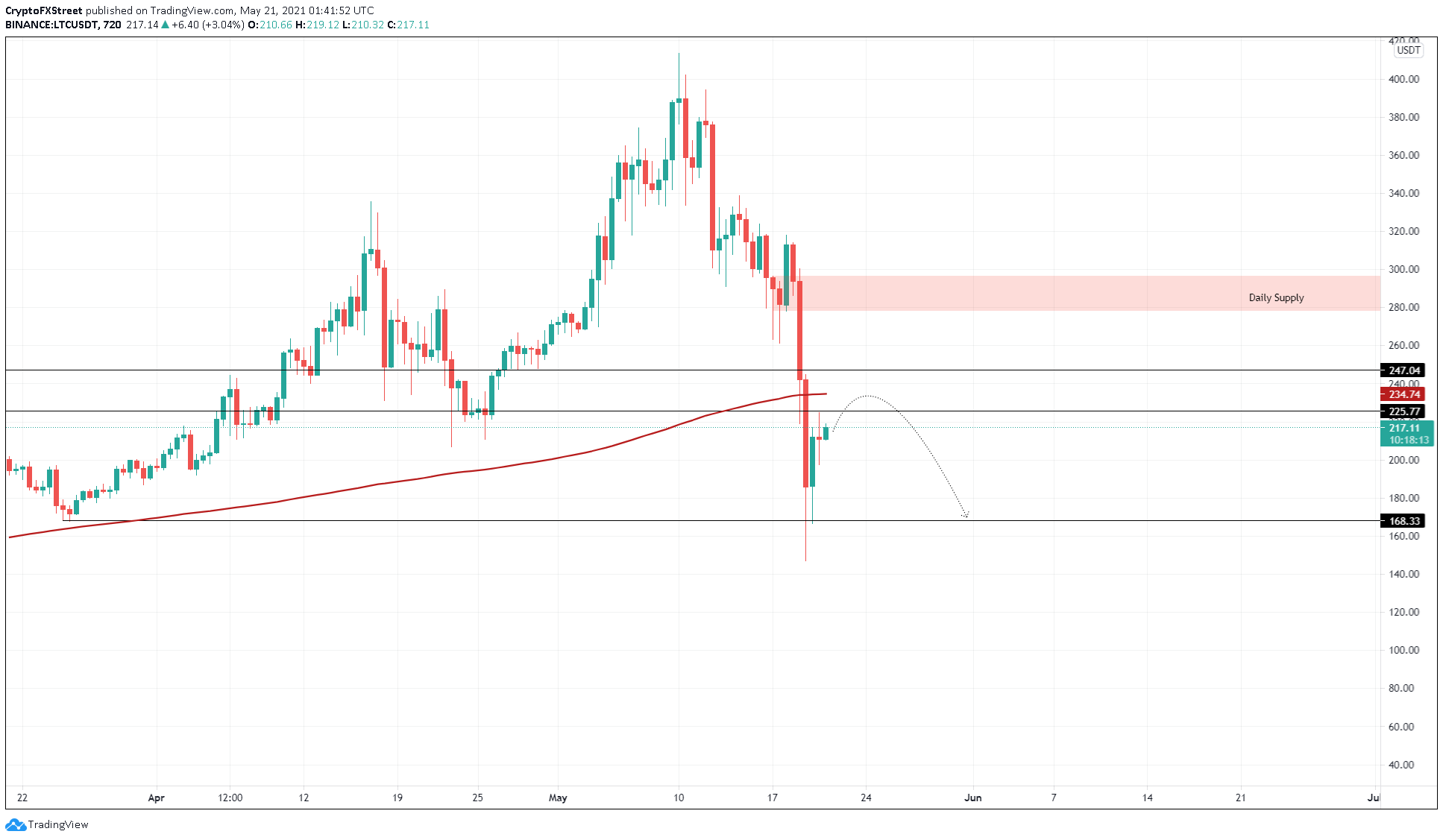 While this bearish scenario seems plausible, it is based on the assumption that Litecoin price will face heavy selling pressure around $225.77 or $234.74. Therefore, if the buyers push past these levels and produce a decisive 12-hour candlestick close above $247.04, it will invalidate the bearish thesis detailed above.

Under these circumstances, market participants could expect LTC to rally 12% to tag the lower boundary of the supply zone stretching from $278.32 to $296.34.