Fan tokens included in Messi's French club signing are provided by Socios.com, a partner of sports and esports organizations like PSG.

Socios.com, PSG's partner, is providing the crypto fan tokens involved in the signing agreement. Socios.com is an app for football fans where users acquire voting rights to influence the clubs they support by acquiring club-specific fan tokens, and PSG is one such token. Socios.com also powers fan tokens for Barcelona, Juventus, Atletico Madrid and Manchester City.

Socios.com announced on their Twitter handle that Messi is the first player in the world to receive crypto fan tokens as part of a high-profile signing agreement.

Including PSG fan tokens in the signing deal connects Messi with millions of Paris Saint-Germain fans worldwide. It offers the Club an avenue to diversify revenue streams. PSG partnered with Socios.com in 2018. The two have been working together to engage football fans through fan tokens.

Fully embracing Socios.com and $PSG Fan Tokens has proved a massive success for the Club. We have been able to engage with a new global audience, creating a significant digital revenue stream.

The latest signing increased the hype around PSG tokens and led to a surge in interest from fans. The token's trading volume exceeded $1.2 billion in the days preceding the move. The price of PSG has rallied 83.3% in the last seven days, and Socios.com expects further success in the days following the deal.

Both PSG and Socios.com are yet to reveal how much of the crypto fan token is offered to Messi. PSG referred to it as a "large number."

Messi shared an emotional message with his fans on Instagram earlier today:

I am starting a new stage in my life, and I do it with all the motivation and desire to continue learning every day. We will work to meet the objectives of @psg. #AllezParis

PSG token's price nearly doubled and hit a high of $58.04 after Messi's public address. Earlier today, the token observed an over 6% correction after the legendary football player finalized his two-year contract with Paris Saint-Germain. 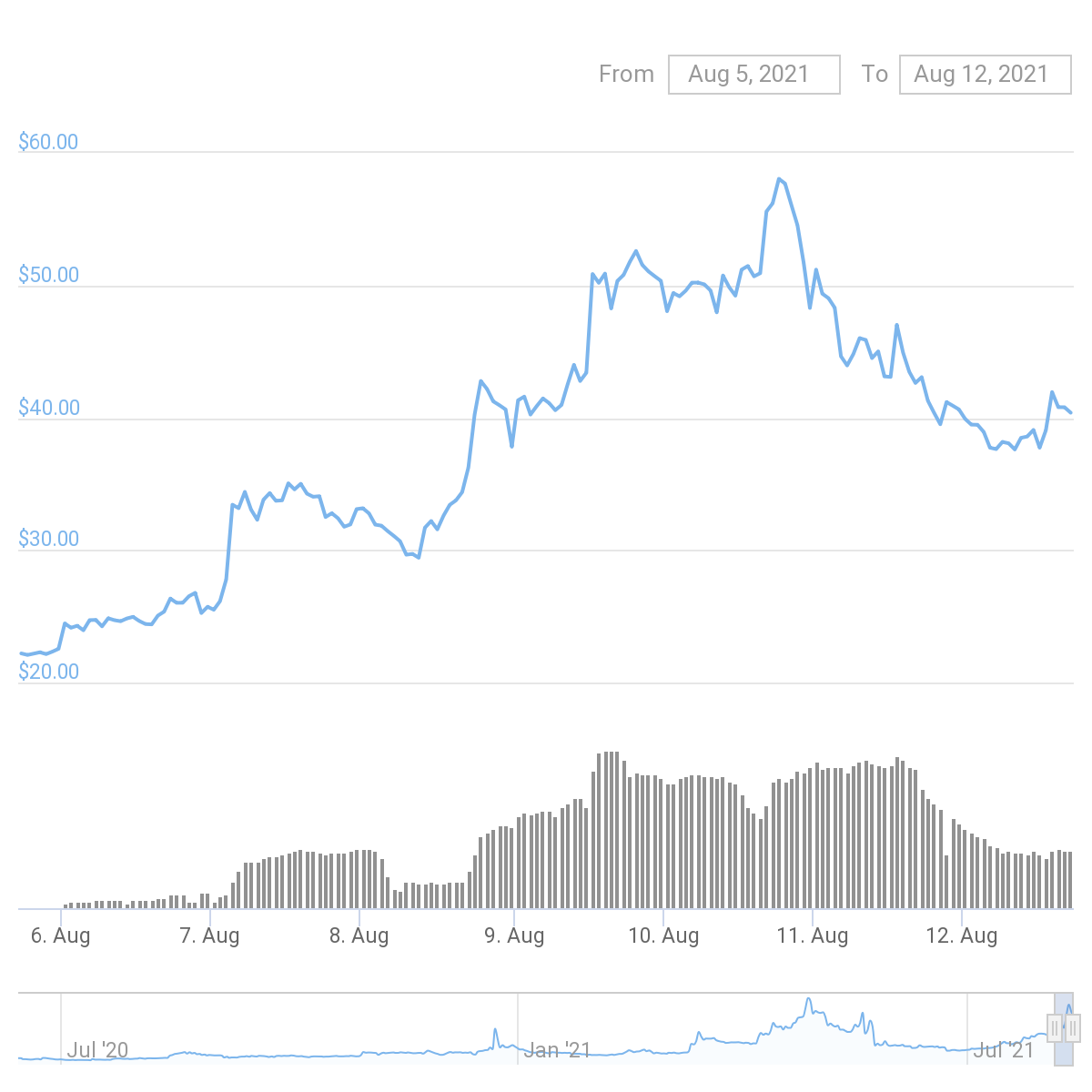 Messi's connection with crypto started a week ago when the player announced the launch of his first non-fungible token (NFT) collection. Messi said:

Happy to present my first official collection of #NFTs available on #Ethernity. ⚽️ Follow @Ethernity and pre-register on ethernity.io to participate in the #Messiverse. Art x @Bosslogic.

I am happy to announce my first official #NFT collection dropping on #Ethernity soon. ⚽ Follow @Ethernity and pre-register at ethernity.io to participate in the #Messiverse. Art by @Bosslogic.