Bitcoin short-term holder market value to realized value (STH-MVRV) is an indicator that removes the long-term trends from the asset's fair value. Fair value or MVRV is calculated as an asset's market capitalization divided by realized capitalization. This indicator represents a more accurate take on a short-term overvaluation and undervaluation of Bitcoin than fair value.

Notoriously accurate in confirming bull and bear markets ahead of other indicators, STH-MVRV oscillates closely around 1. Historically, the 1-line of the indicator has worked as a resistance/support line. Very low values indicate short-term holders are holding coins significantly below their acquisition cost.

During a bearish trend, this is aligned with capitulation. The value has dropped significantly; it is currently in the STH Holding Losses zone, confirming that Bitcoin is likely heading toward capitulation day. 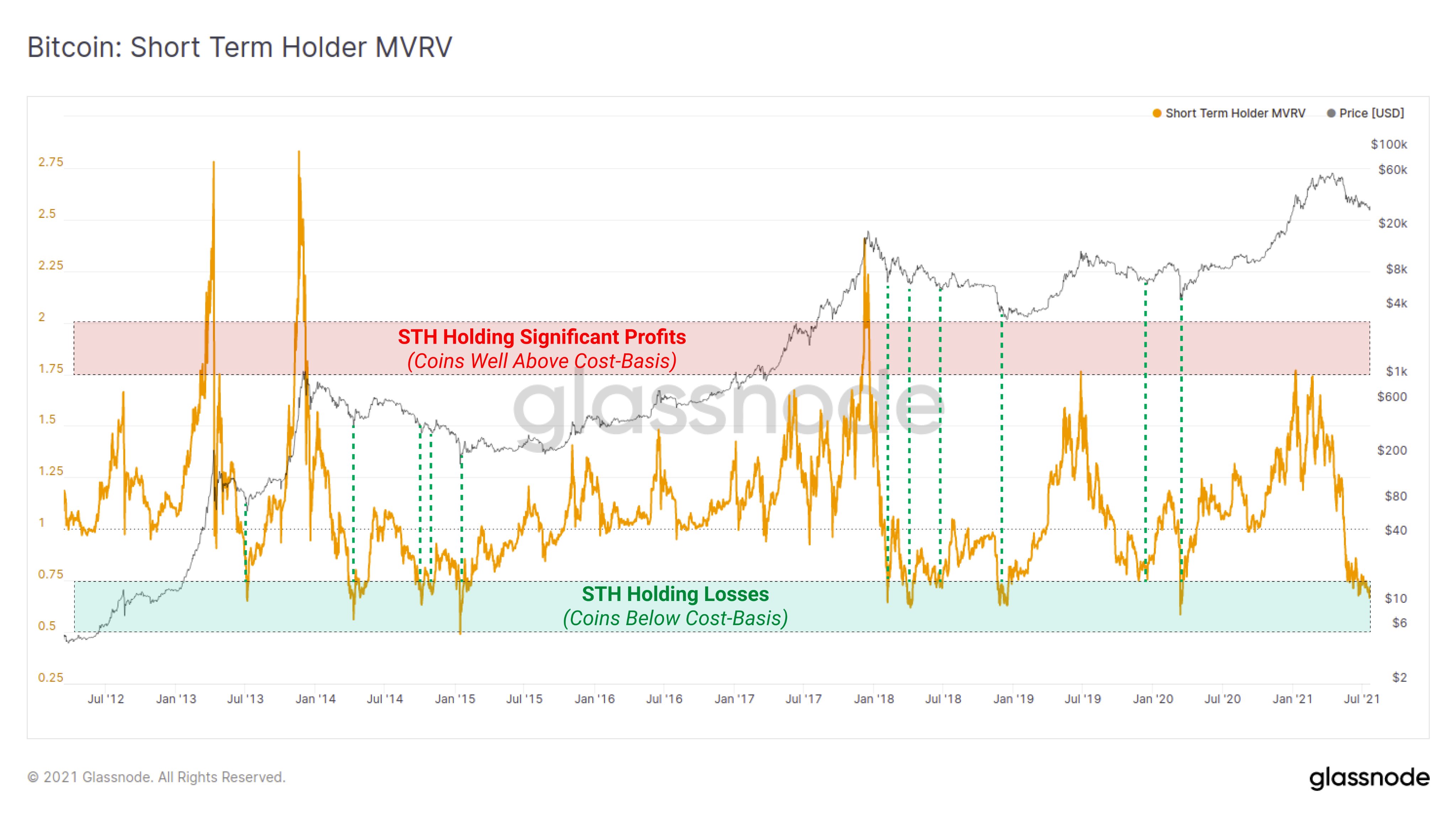 Likewise, Scott Minerd, chairman and chief investment officer of Guggenheim Investments, believes that under the technical consensus that "every time a support level is tested, it becomes weaker," the $30,000 support level may soon fail to hold Bitcoin price.

According to Steen Jakobsen, chief investment officer at Saxo Bank, the only way for Bitcoin price "to dig itself out of a hole" is with a sustainable break above $32,000.