Avalanche price grinds to a halt, breaking a two-month trend within an ascending parallel channel. Despite breaking above $30.00, AVAX failed to close the gap to $40.00. Initially, higher support at $28.00 mitigated the bears’ influence on the price. However, Avalanche price retreated to exchange hands at $26.22 amid growing risks of a further decline to $25.00 and $21.00, respectively.

Odds start to flip against Avalanche price after it brushes shoulders with resistance at $30.00. Bulls fearlessly battle to keep the trend north but are likely to have been overwhelmed by investors’ profit-taking activities. Besides, the Parabolic SAR moves above the price, thus tipping the scales further on the bearish side. 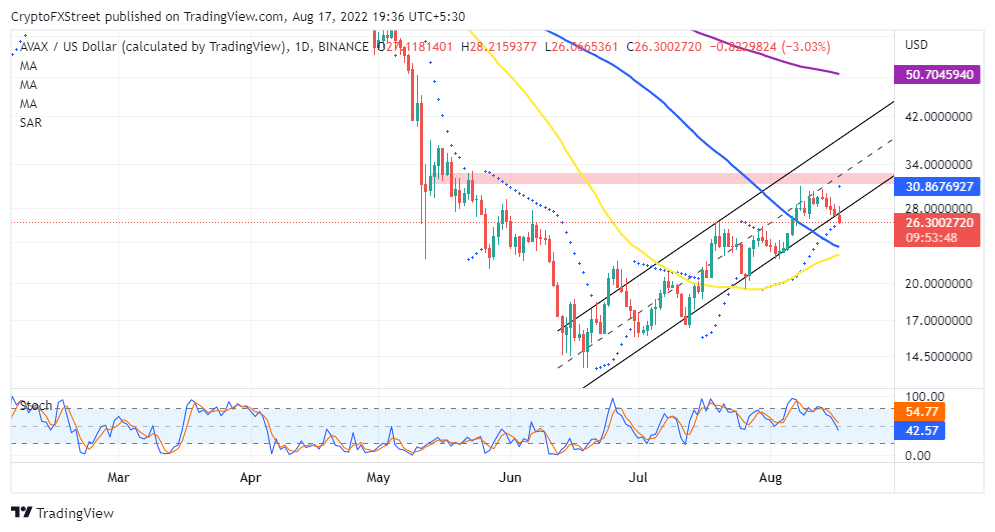 With support at $28.00 already broken, the focus is on subsequent anchors at $25.00 and $21.00. Reinforcing the higher level is the 100-day Simple Moving Average (SMA). Trading below this area, and by extension, the 50-day SMA could push Avalanche price to explore the buyer congestion at $21.00. 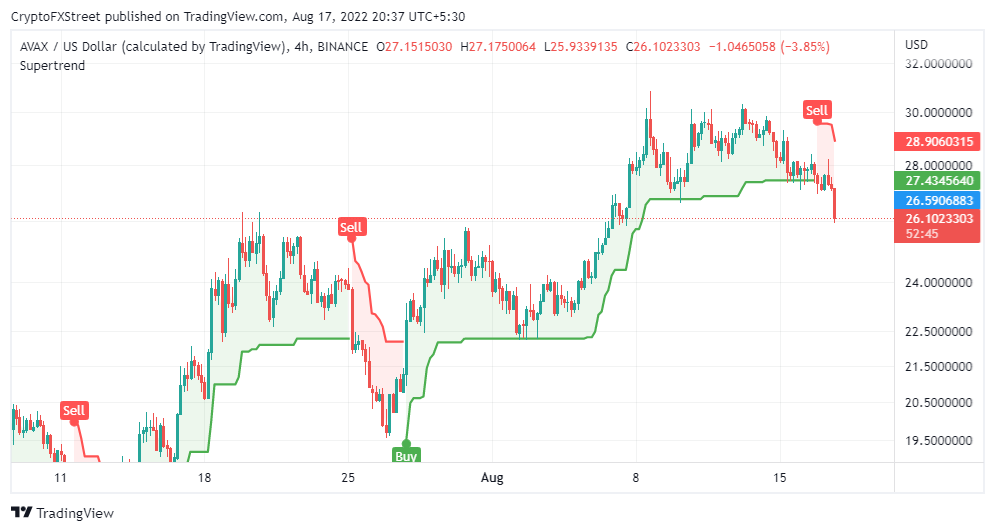 Although technical factors appear to be working against Avalanche price, investors believe this is the time to get on board. Santiment’s Weighted Sentiment holds at -0.3270, down from 0.0507 last week.

As elucidated in the chart, readings above the mean line suggest AVAX is becoming overvalued, hence the tendency to pull back as investors book profits. On the contrary, movement below the same line indicates undervaluation, which generally implies time to buy.