Bears keep controlling the situation as all top 10 coins are in the red zone. 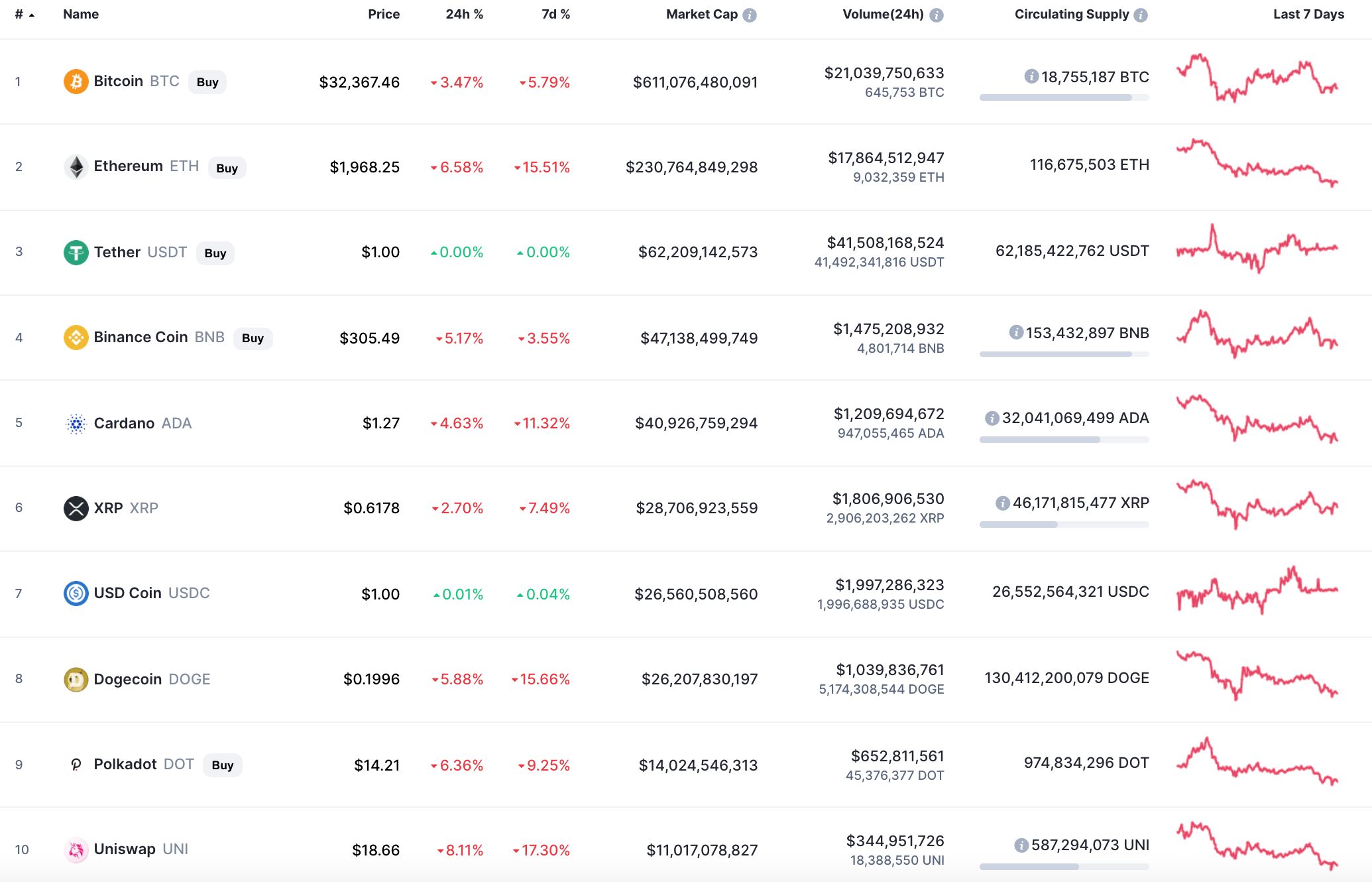 Yesterday, buying volumes were below average, and the price of Bitcoin (BTC) could not hold in the sideways corridor. In the afternoon, sellers intensified the onslaught and, by the end of the day, pushed the pair back to the support at $32,500.

The bearish pressure eased overnight, and buyers are trying to restore the pair. If today the BTC price manages to overcome the resistance of the two-hour EMA55, then the pair may be able to return to the sideways corridor.

On the other hand, the weakness of buyers in the area of ​​average prices may provoke an increase in sales volumes, and then the bears can break through the weak support of $32,000, continuing to decline to the level of $31,400.

Sales volumes began to pick up yesterday in the morning, and the XRP price could not hold above the two-hour EMA55.

By the end of the day, the decline reached the POC line ($0.624). In this area, the decline has slowed down, and buyers may try to restore the pair above the average price level. However, if the growth is not supported by the volume, then the price may not be able to overcome the moving average EMA55. Therefore, in the near future, the decline can continue to the area of $0.560.

Cardano (ADA) is not an exception to the rule, going declining by 4%.

Cardano (ADA) could not fix in the area of $0.40, which means that bears have seized the initiative thus far. The selling volume is falling, confirming the absence of buyers to buy the coins at the current levels. In this case, the more likely scenario is the test of the liquidity level at $1.19.

Litecoin (LTC) has lost less than Cardano (ADA) as its price has declined by 3.87%.

Litecoinn (LTC) is also looking bearish in the mid-term projection. The "digital silver" made a false breakout of $144, having confirmed the bears' power. In this case, the more likely price action is a decline to the support at $124 soon.