India’s prime minister, Narendra Modi’s Twitter account was briefly compromised and taken over by hackers to promote a fake Bitcoin giveaway. The perpetrator tweeted, using Modi’s account with over 72.4 million followers, that the country has adopted BTC as a legal tender.

The Indian prime minister’s office announced that Modi’s Twitter handle was very briefly compromised, and stated that the matter has been escalated to Twitter. Officials added that in the brief period that the account was compromised, any tweets shared “must be ignored.”

Several users shared screenshots of the tweet sent out from the Indian prime minister’s account, which read, “India has officially accepted Bitcoin as legal tender,” and that the government “has officially bought 500 BTC” and aims to distribute the coins to all residents in the country.

The Indian government is mulling regulating digital assets while there has been debate on a complete ban of the new asset class. The country does not recognize Bitcoin as legal tender.

Depending on when Bitcoin price slices through the confines of the consolidation pattern, the next directional intentions for BTC will be determined.

An additional headwind may appear at the 78.6% Fibonacci retracement level at $55,425 before Bitcoin price attempts to reach the bullish target with a 12% climb at $56,450, where the 200 four-hour SMA intersects. 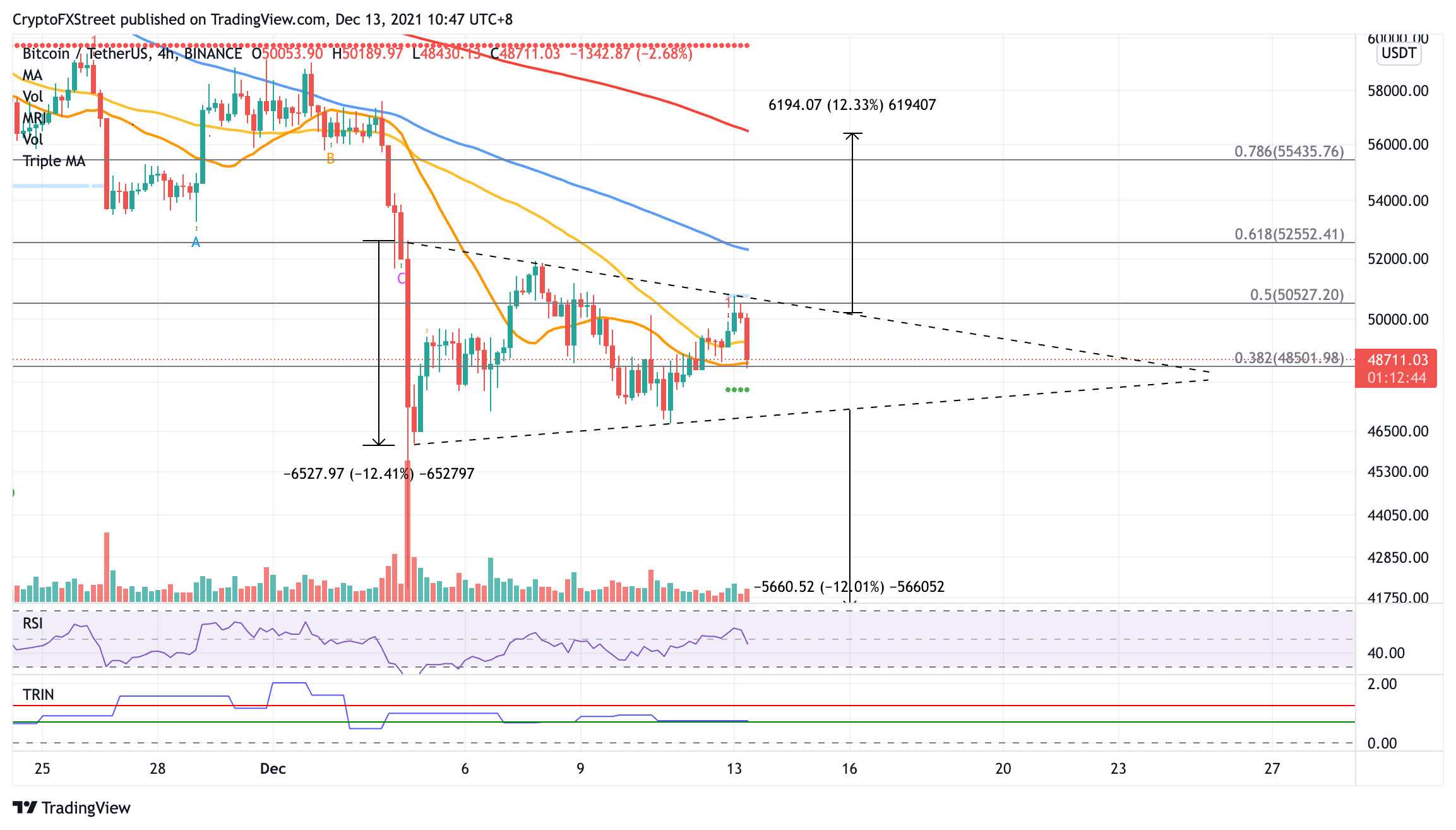 The first line of defense for Bitcoin price is at $48,501, where the 21 four-hour SMA and 38.2% Fibonacci retracement level coincide. Additional foothold may emerge at the support line given by the Momentum Reversal Indicator (MRI) at $47,803, then at the lower boundary of the triangle at $46,952.

If Bitcoin price slices below the downside trend line of the prevailing chart pattern, BTC could be vulnerable to a 12% drop towards $41,530.