Coinbase has just announced that Filecoin inbound transfers are available on Coinbase Pro starting Monday, December 7. Trading will begin on or after 9 AM Pacific Time (PT) Wednesday, December 9. The exchange also stated that they will be supporting more assets that meet Coinbase's standards in the near future. Filecoin will have four trading pairs including USD, BTC, ERU and GBP.

Filecoin was trading inside a downtrend on the 4-hour chart, below the 50-SMA, the 100-SMA, and the 200-SMA. After the Coinbase announcement, Filecoin price jumped above several resistance levels and established a 4-hour uptrend. 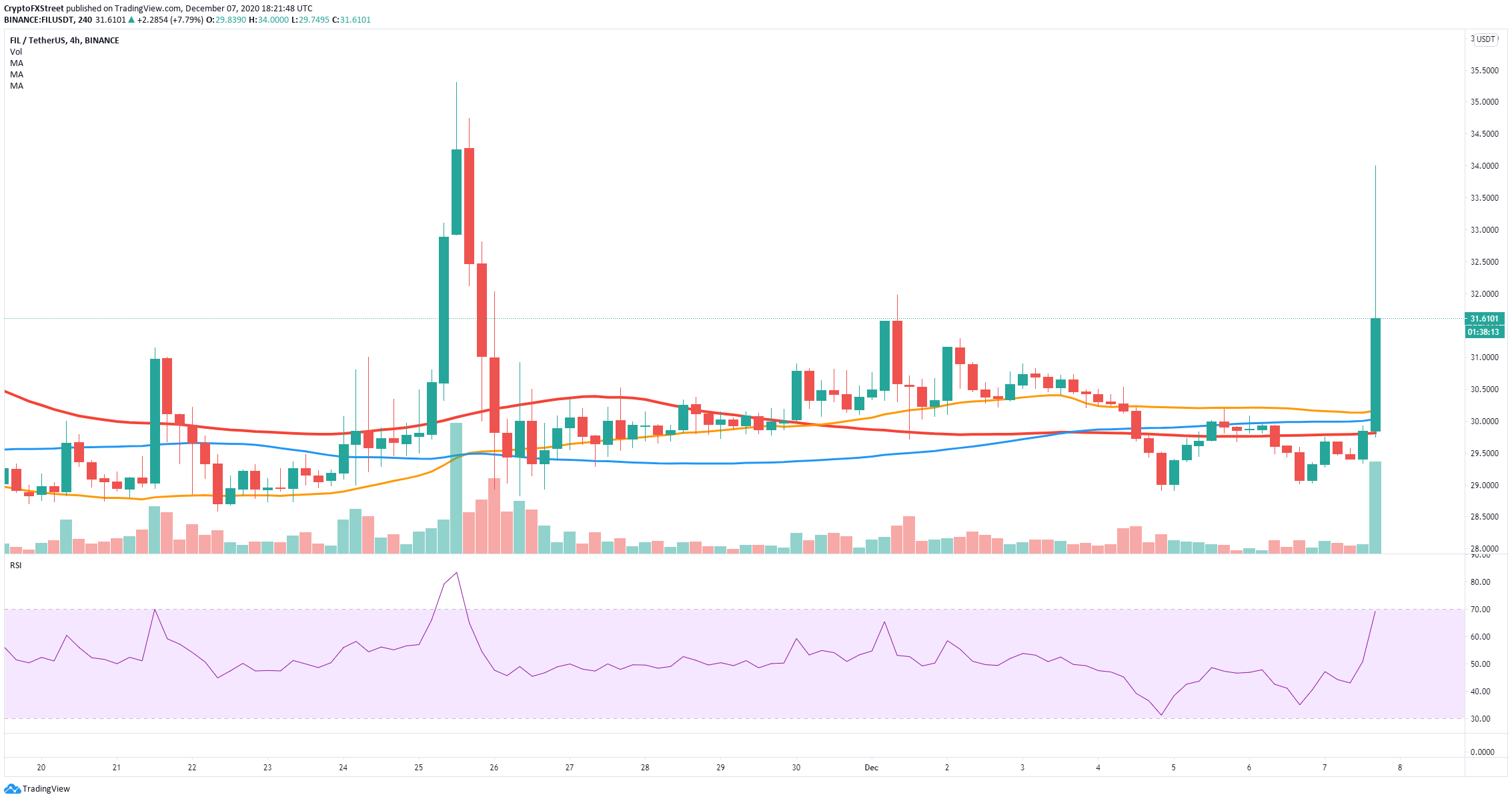 The digital asset was also able to regain all three moving averages and convert them into support levels. The next price target for the bulls is all the way up at $35.31, which is the high established on November 25.

However, bulls should be careful as the RSI is on the verge of overextension on the 4-hour chart, which could indicate that a pullback is nearby. The 50-SMA at $30.16 should act as a support level and a potential price target for the bears in the short-term.