Solana price recovery has been less than successful; despite multiple attempts from bulls, SOL has formed lower lows and lower highs, indicating a persistent downtrend. Now, the so-called Ethereum-killer is consolidating between two barriers, attempting to break out.

Solana price moved from consolidating between the $41.25 support level and the $55.97 resistance barrier for roughly three weeks to being stuck between the $41.25 to $37.37. While this move is clearly bearish, the lows seem to be stabilizing around the $37.37 foothold.

Investors need to be careful as a move above the $41.25 level will breathe hope into the holders’ bags. However, the possibility of an uptrend will arrive after Solana price produces a higher high above $45.

Doing this will allow sidelined buyers to step in, triggering a minor uptrend to $48.04. This move will represent a 22% gain but in a highly optimistic case, SOL might retest the $55.97, bringing the total gain to 40%. 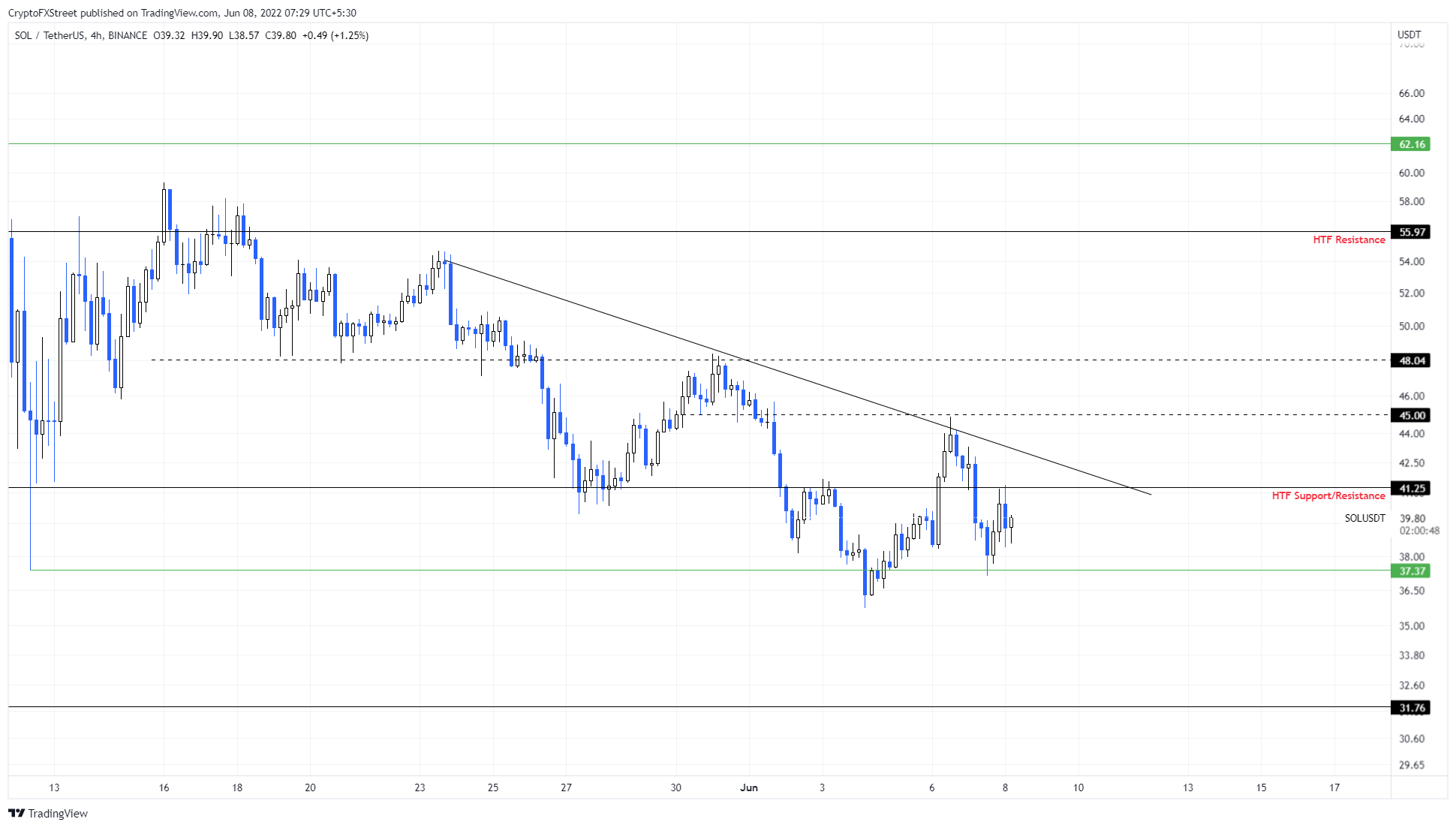 While things are looking sketchy for Solana price, investors need to note that it has been on a downtrend since May 16. After the recovery from the May 12 crash formed a swing high at $59.31, it has been producing lower lows.  Now  that SOL is stabilizing around $37.37, investors can expect a turnaround for the altcoin.

However, if sellers take control again and flip the $37.37 support level into a resistance barrier on the  four-hour chart, it will invalidate the bullish thesis for SOL. This development could see Solana price crash to $31.76 where buyers could attempt a comeback.