Ethereum (ETH) price saw a lackluster weekend regarding its price action and performance. On Saturday, some hopes were there that the pivotal level at $1,243 could get a test, but bulls never made it up that far. Instead, prices slipped lower on Sunday, and this morning, on the back of widespread social unrest in China that is hardly ever seen, overall markets are choosing to go with a risk-off tone for today.

ETH slips below an important line in the sand

Ethereum price is playing a dangerous game this morning as it came under pressure from a global risk-off tone triggered by pictures and videos on social media from China. Several cities have reported social unrest and called Xi to step down as the lockdown measures are starting to hit people’s morale. As this is very rare in China, this form of rebellion could start to weigh on several performance numbers from producers that are very dependent on local production in China. Apple has already come out this morning with a statement that it is falling behind on its delivery promises for its most recent iPhone.

ETH currently flirts with the red descending trend line in the sand, refraining from ETH to make lows again toward $1,074. Unfortunately, if markets do not change sentiment throughout the day, the risk is that it will dip lower toward that mentioned level. The trade becomes a bearish triangle again, with $1,074 as the base and set to break lower to $1,014, which would carry a 15% loss. 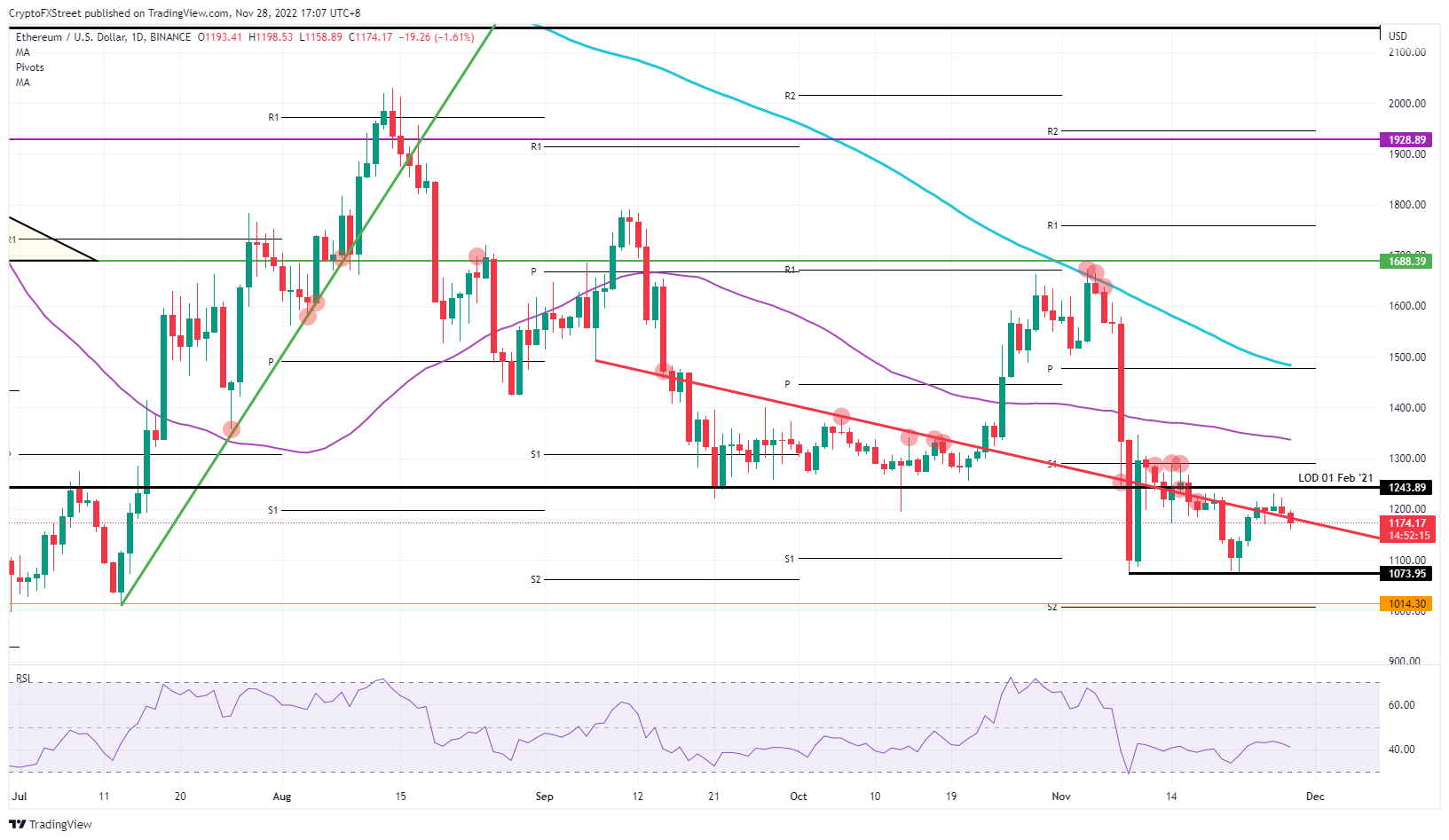 Although sentiment at the beginning of this week looks bearish, some social unrest in China may not immediately trigger a sell-off in the US later today or in the coming days. The same goes for the situation in Ukraine, which is showing fatigue and does not cap equities from rallying anymore. Expect later this week to see Ethereum price hit $1,243 and get ready for a pop higher toward $1,337 at the 55-day Simple Moving Average.