Ethereum bulls are fighting to hold on to the support at $270 after a rejection from highs around $275. The buyers are keen not to lose the ground above $270 which could shove them towards the former resistance (now support) at $260.

At the time of wring, Ether is trading 1.8% higher on the day. The action during the Asian session on Thursday was mostly bearish. However, the price appears to be catching momentum to jumpstart the European session.

According to a Whale Alert, a platform that monitors the crypto industry’s colossal transactions, over $7 million in Ethereum left Gemini exchange to an identified wallet. Whale Alert did not find the reason by such a large amount of coins being transferred to an unknown wallet. 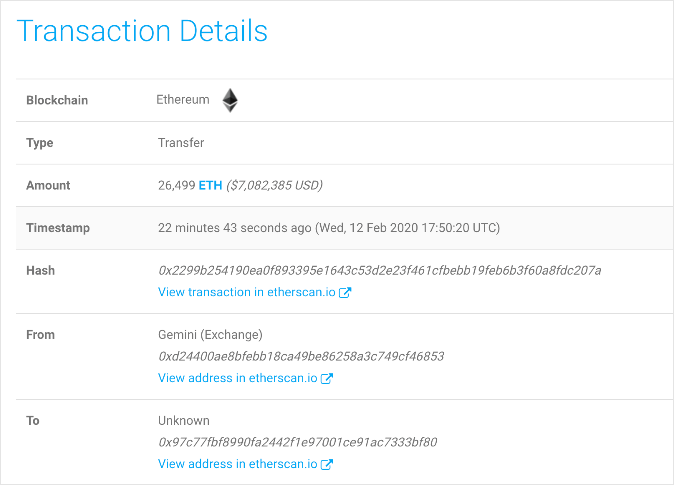 Ethereum is exchanging hands at $271 at the time of writing. The price has adjusted from the Bollinger Band upper curve. The volatility has remained high but relatively constant. A sideways moving RSI signals that consolidation is likely in the coming sessions. If the support at $270 fails to hold, the BB 1-hour middle curve will come in handy to put a stop to the losses. However, advancement above $270 will continue to keep the psychological $300 in sight.

Bitcoin volatility jumped to November 2019 high amid a sudden price collapse during US trading hours on Wednesday. Bloomberg reports that amid the price decline, 10-days volatility surged to 65%, while the 30-days volatility in the highest since January 28 at 35.40%.

Ethereum (ETH) now the second-largest digital asset with the current market value of $28.3 billion, has lost nearly 8% in recent 24 hours to trade at $256.0 at the time of writing.

LTC/USD breakdown could test $65 ahead of recovery to $100

Litecoin has been posting frequent gains ever since the price broke above the long term resistance trendline that started in June 2019. The recovery has also remained within the confines of an ascending channel.

The cryptocurrency assets suffered another massacre on Wednesday during the American session. The mid-week recovery posted on Tuesday through to Wednesday turned out to be a bull trap.