There is a symmetrical triangle formed on the 12-hour chart of the ETH/BTC, which is close to bursting. Additionally, this could also be considered a bull flag with its pole formed from January 2 to January 4. 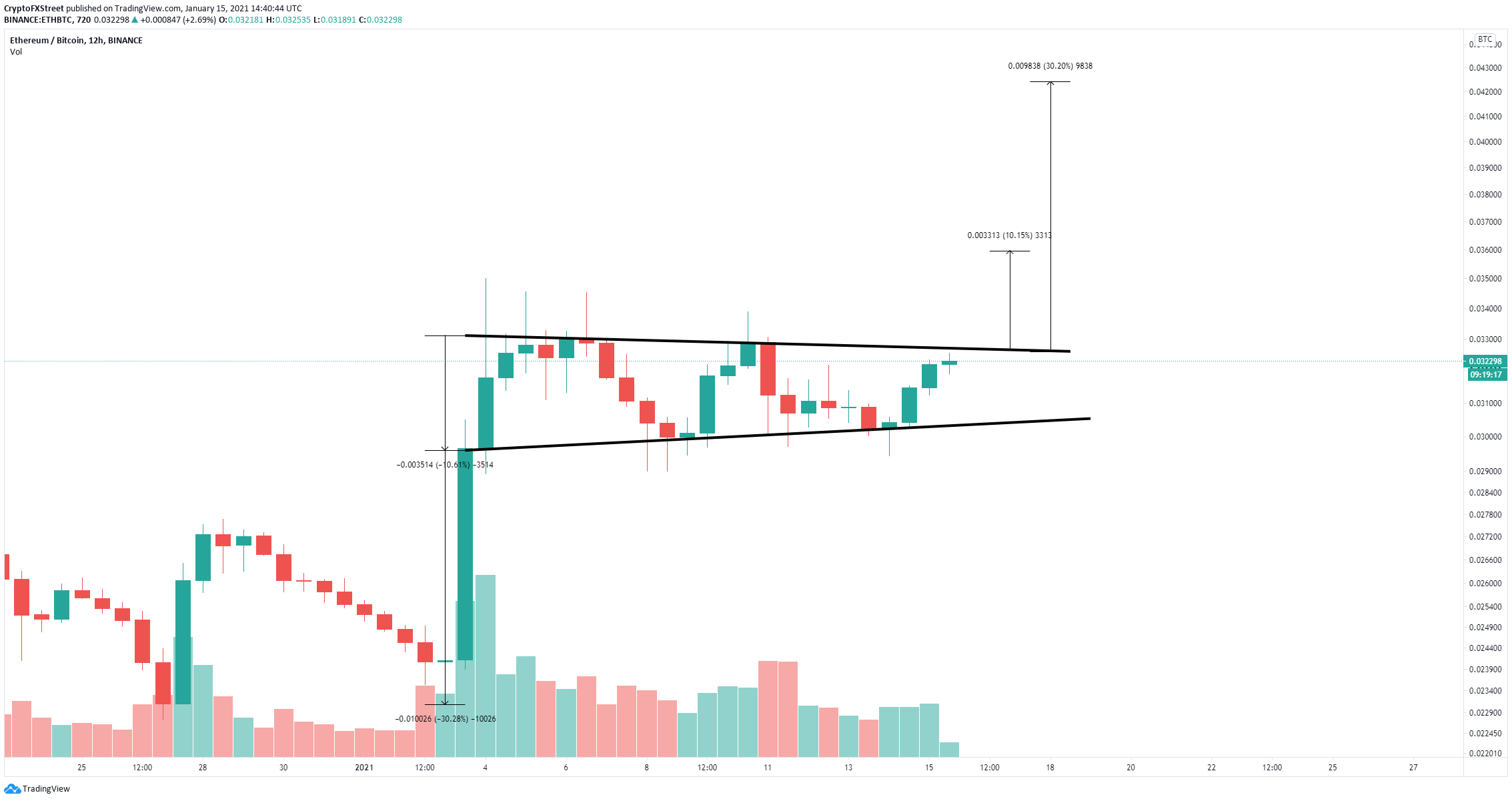 A breakout above the upper trendline of the symmetrical triangle can push Ethereum to 0.0359 BTC and as high as 0.042 BTC if the bull flag is confirmed. So far, ETH price has outperformed Bitcoin in the past 48 hours, which indicates a breakout has better odds of happening.

Additionally, the number of whales entering the Ethereum network has increased tremendously since October 2020, especially in the past month, which indicates that large holders expect Ethereum price to rise even higher as they are buying at the top. 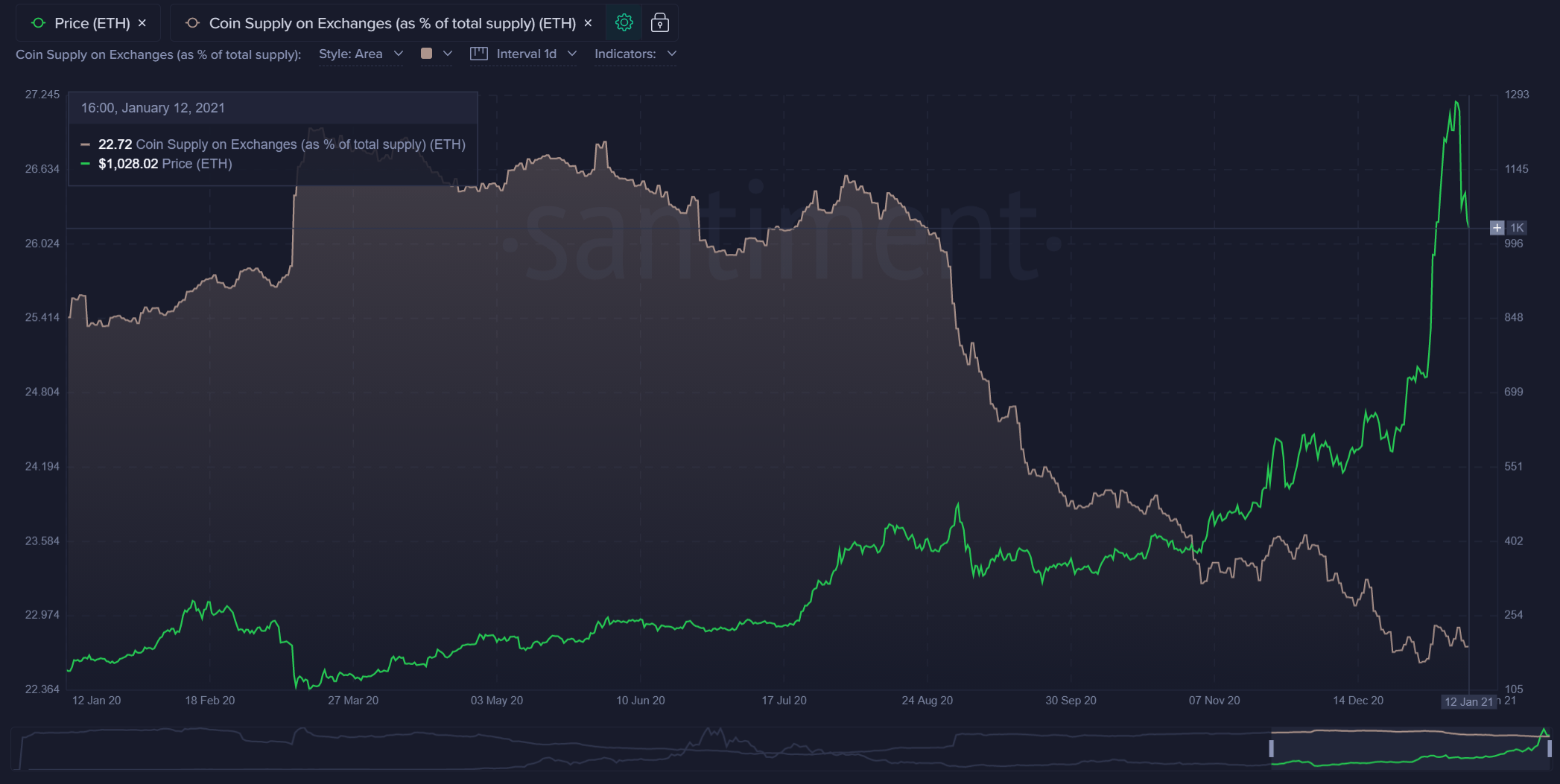 Furthermore, the number of Ethereum coins inside exchanges continues to drop, again, despite Ethereum price rising, which indicates that investors are not taking profit just yet. At the same time, more ETH is locked inside the Eth2 deposit contract, which now holds over 2.51 million coins.

Raoul Pal, the Co-Founder and CEO of Real Vision Group believes Ethereum can reach $20,000 but didn’t specify over what time frame. However, the cryptocurrency market is volatile and anything can happen. 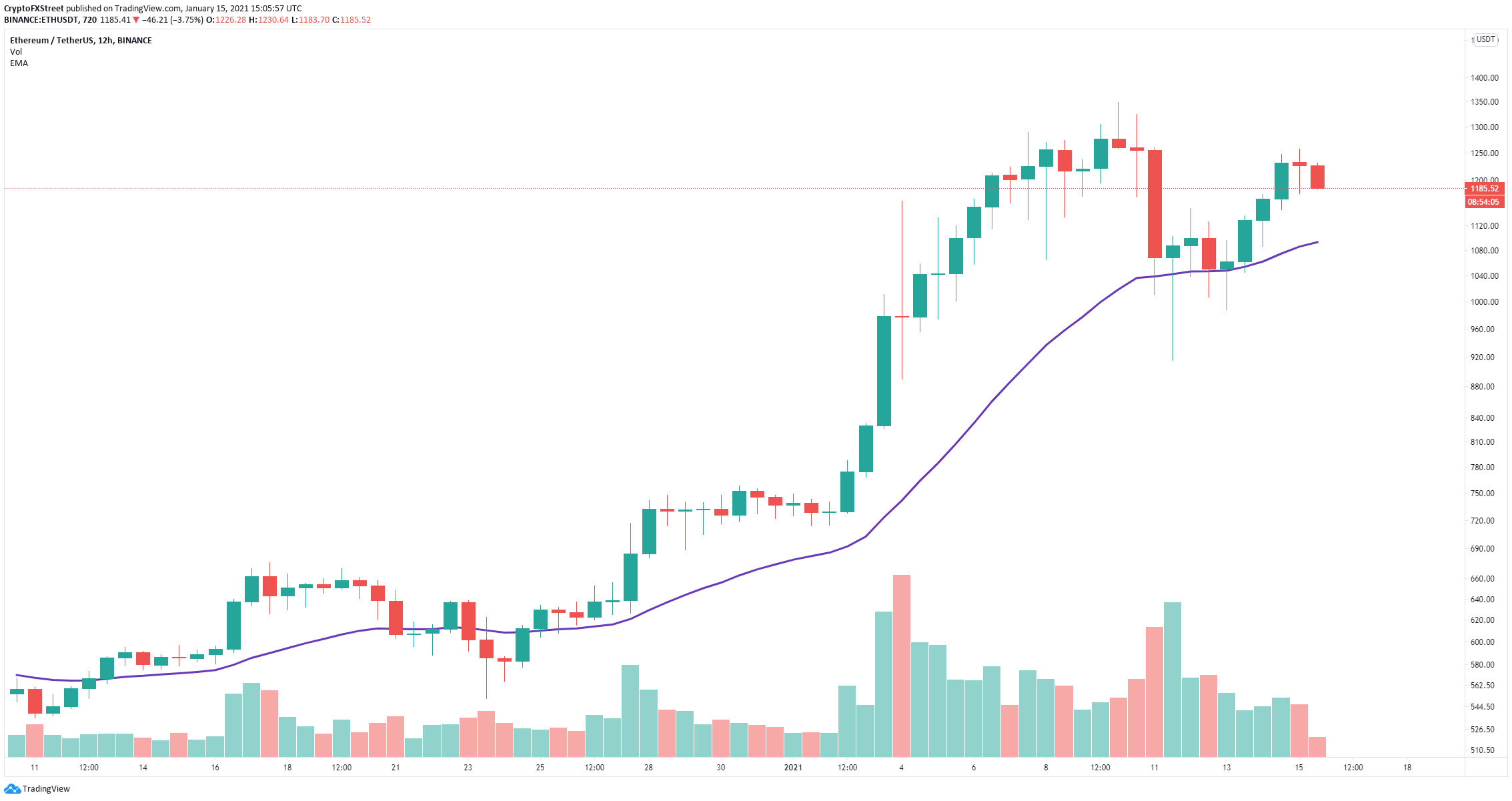 On the 12-hour chart, Ethereum price seems to be on the verge of establishing a lower high compared to $1,348. The bears could push it down to $1,100 where the 26-EMA is currently located, creating an equilibrium pattern.