Ethereum Classic reaped the benefits of this decision, although only for a short while.

Ethereum went through the Merge two weeks ago, which marked a historic moment for not just the Ethereum but the crypto community as well. This is because the second biggest cryptocurrency network shifted its mainnet to a whole different consensus method, moving to PoS from PoW.

The ones that did not shift to staking found their PoW market in an older hard fork of Ethereum, Ethereum Classic. Twenty-four hours before the Merge, these miners flocked over to Ethereum Classic and its hash rate skyrocketed by over 370%, reaching 307.1 Th/s.

Ethereum Classic’s team also banked on this opportunity persuading miners to jump to this network.

May both chains co exist in their own right providing options for stakers and miners. https://t.co/4x008OxaUL

However, it did not take them long to scale back. While some miners stuck to ETC, many others migrated to other networks, and the hash rate took a hit. Dropping by 47% in the span of 10 days, the hash rate could be seen lingering at 160.8 TH/s at the time of writing.

This also had an impact on the mining difficulty, which fluctuated in sync with the hash rate. 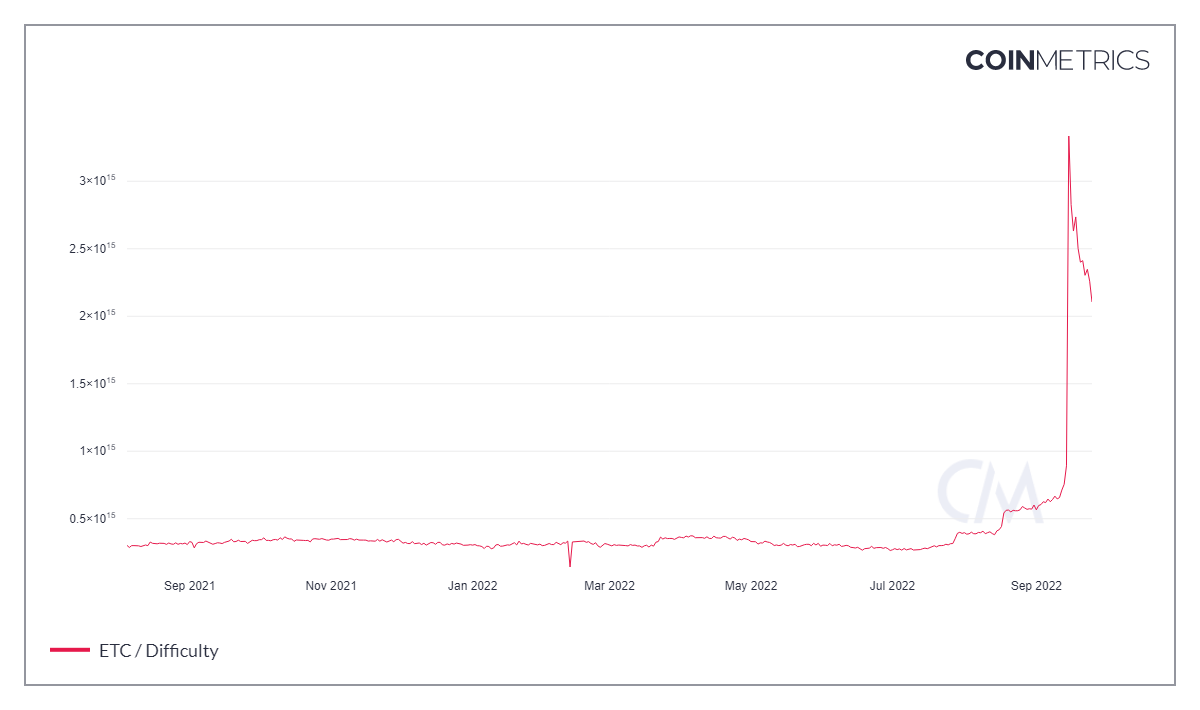 Only the network, not the price

This sudden migration of miners was not followed by investors as the buying pressure on ETC remained unchanged. In fact, following the broader market bearish trend, ETC’s price went down during this duration.

Trading at $28.1, ETC’s price fell by 28.18% following the Merge, inching closer to the $23.33 support level. This price level has been historically tested as a critical support level and would act as a buffer to prevent a further drawdown for ETC.