The upcoming launch of Ethereum 2.0 has been one of the most anticipated upgrades in the cryptocurrency market. Initially, the contract needed around 500,000 ETH to launch, however, there are more than 1.2 million ETH deposited to date and the number continues growing.

On December 8, the cryptocurrency market suffered a mild pullback and Ethereum dropped from $595 towards $549 and $530 in the past 24 hours. However, the digital asset has managed to recover and it’s currently trading at $567. 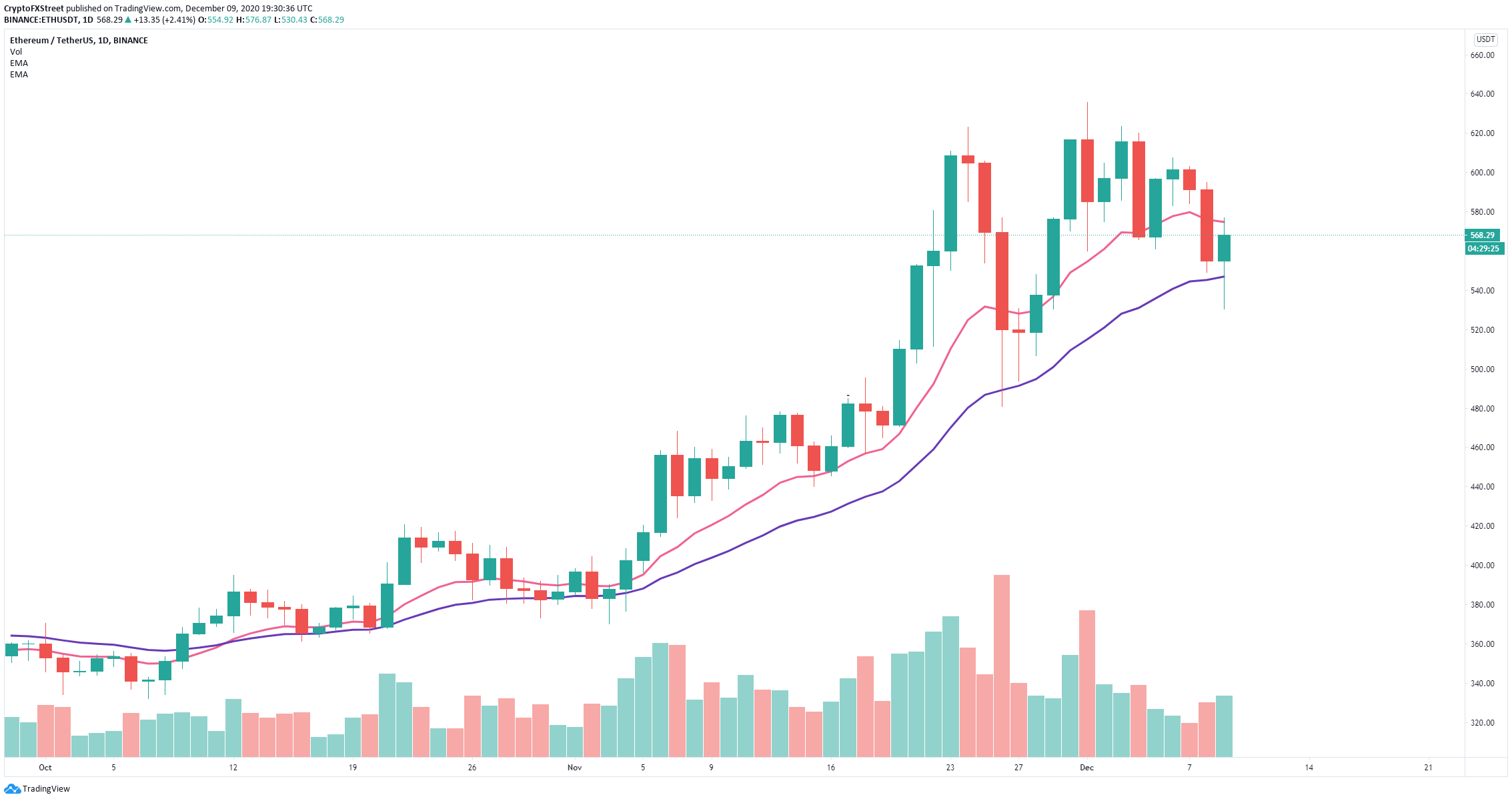 On the daily chart, Ethereum price slipped below the 12-EMA but managed to defend the 26-EMA like it has been doing since October 15. One of the most bullish on-chain metrics in favor of Ethereum is the significant increase in the number of coins deposited into the ETH2 contract. 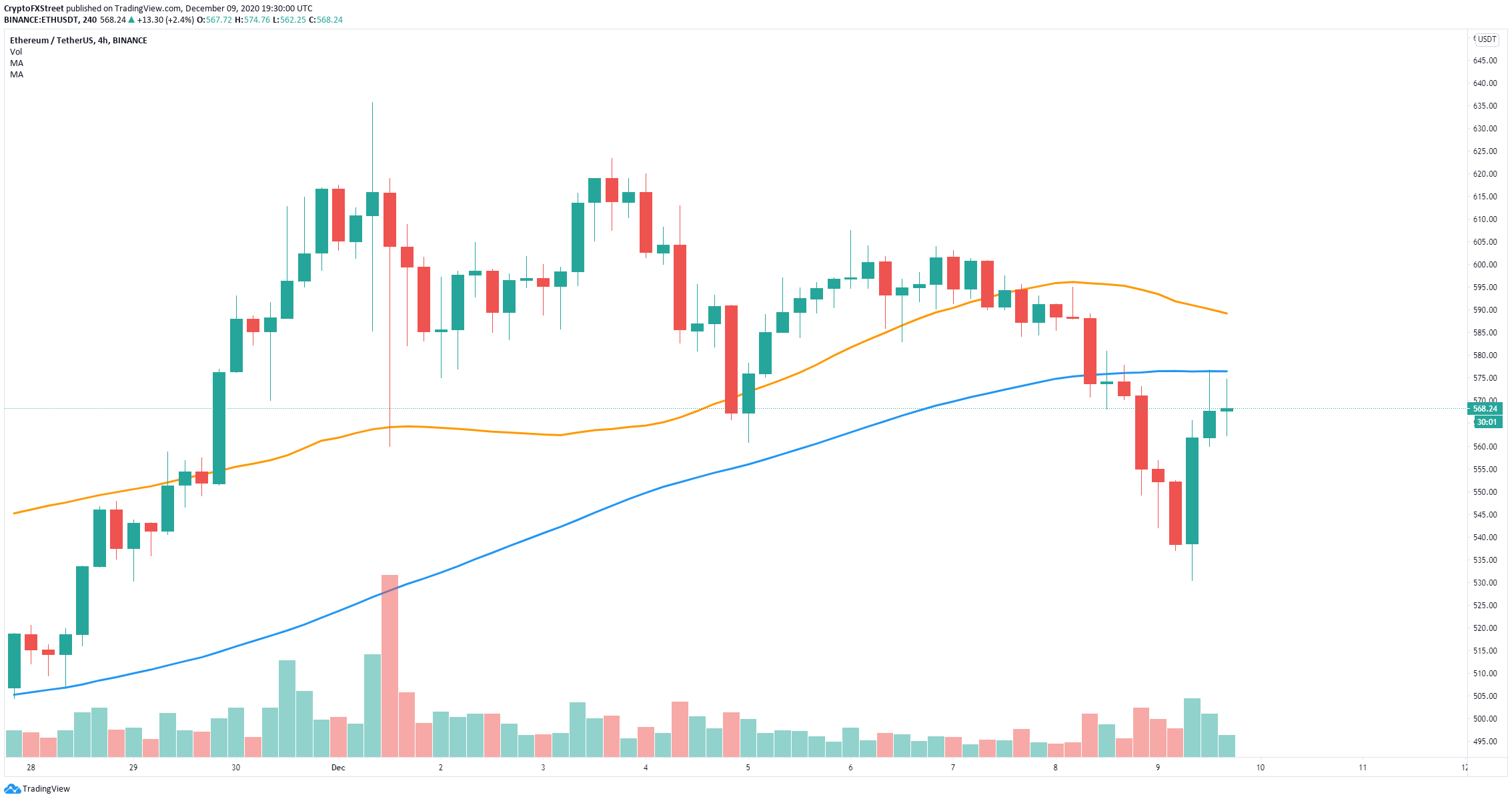 It seems that bulls were able to strongly defend the support level at $530 and Ethereum price is rebounding forming a potential V-recovery. A breakout above the 100-SMA resistance level at $575 can quickly push ETH towards the 50-SMA at $590. 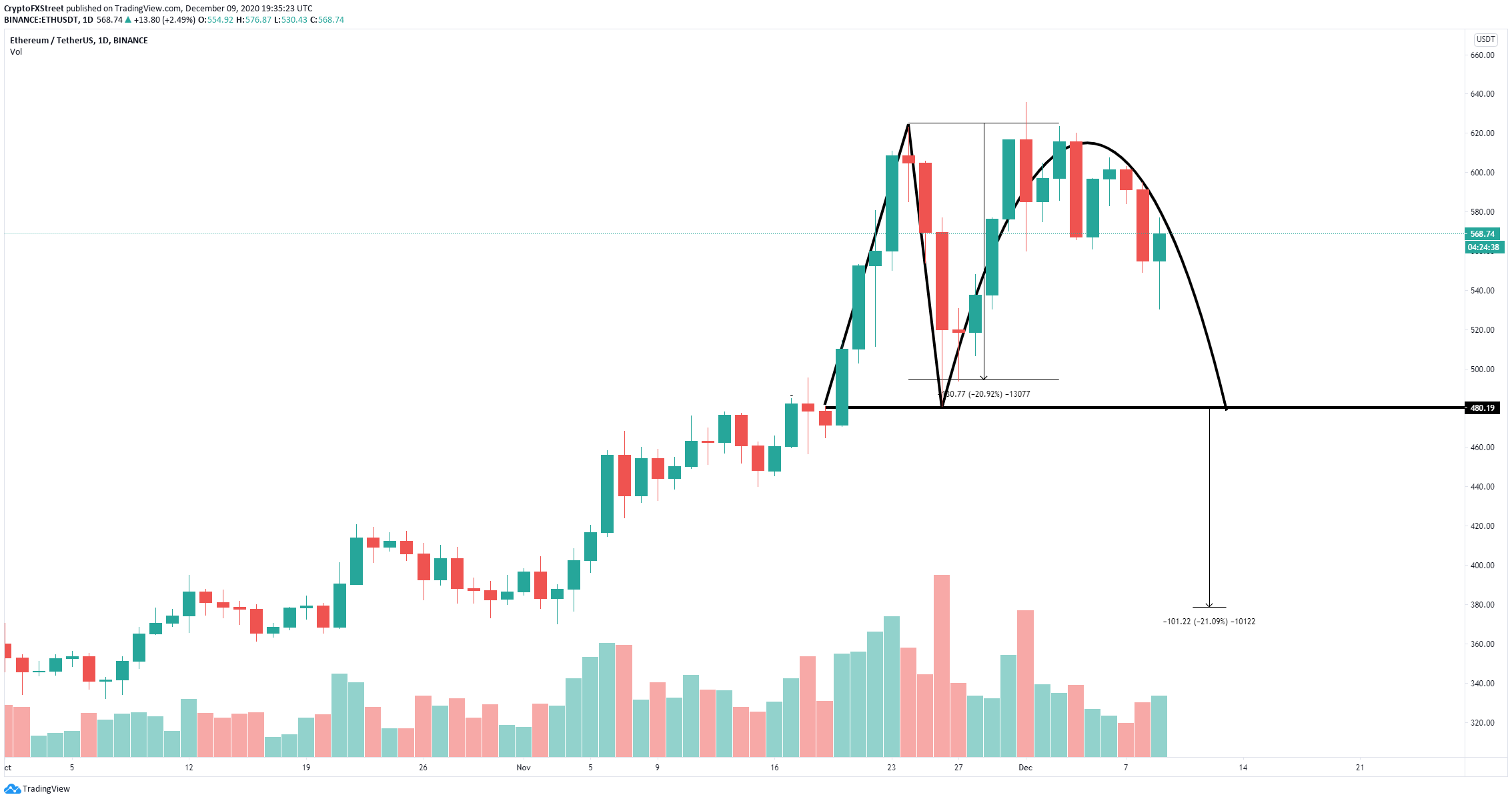 However, it seems that Ethereum might be forming what’s known as an Adam and Eve pattern on the daily chart with the support level established at $480. A breakdown below this level would quickly drive Ethereum price towards $380.