Dogecoin price action has certainly been a disappointment for the Dogearmy. Dogecoin lost nearly 34% of its value in November, which is likely to change very soon.

Dogecoin price has a tremendous buying opportunity setup on its $0.001/3-box Reversal Point and Figure chart. The theoretical long setup is a buy stop order at $0.218, with a stop loss at $0.214 and a profit target at $0.351. The entry, if confirmed, completes three conditions simultaneously: 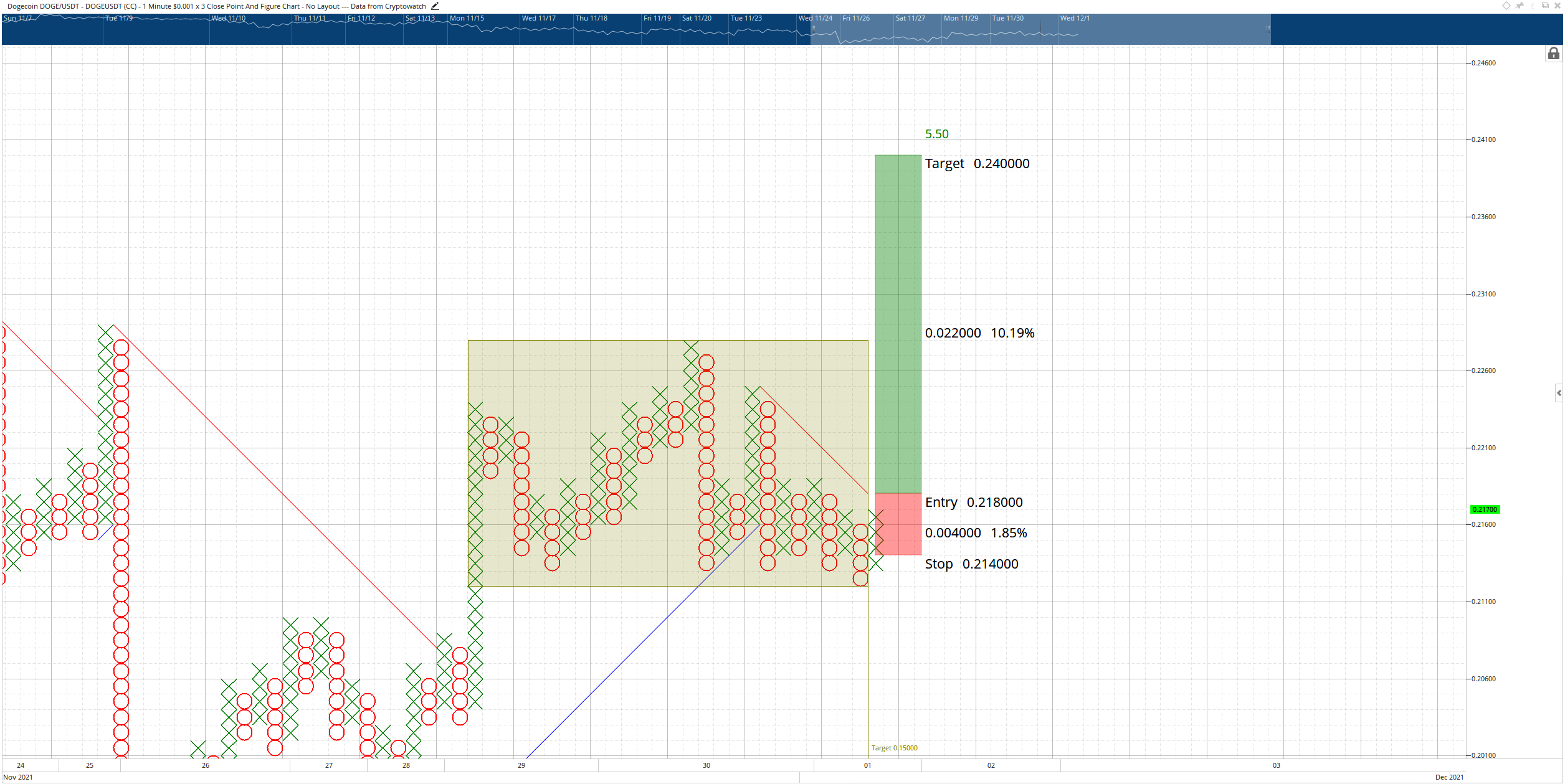 Despite the bullish positioning for Dogecoin, there is a possibility of a powerful short setup that would invalidate the above theoretical long entry. Dogecoin does have a split-triple bottom pattern on its chart. The hypothetical short entry is a sell stop order at $0.212, a stop loss at $0.217 and a profit target at $0.153. The profit target is derived from the Horizontal Profit Target Method in Point and Figure Analysis.

However, the probability of the profit target on the hypothetical short trade idea is low. Bears have had a myriad of opportunities to generate substantial sell-offs of Dogecoin over the past sixty days but have been unable or unwilling to do so. Additionally, downside risks are probably limited to the prior support lows near $0.185.

Can the second half of 2022 be kind to SafeMoon price?

SafeMoon price shows a bullish outlook that seems too good to be true. Investors that do not practice proper risk management could get caught off guard.

Cardano price has fallen beneath $0.45, here’s what to expect in July

Shiba Inu price shows concerning signals on the Volume Profile indicator. SHIB price coils within the 8- and 21-period simple moving averages. Invalidation of the downtrend is a breach above $0.00001223.

XRP Price Prediction: Whales in the market aim for $0.20

Millions of XRP tokens have been transported to the Bitstamp exchange. Ripple’s XRP price has breached below a critical Fibonacci Retracement tool.