Dogecoin (DOGE) price action overhauled the downtrend with bulls trying to break the chains. The attempt looks likely to fail as no fundamental profit levels to the upside have been hit, and price action looks to be fading to the downside toward a retest of $0.21. A break lower would put bears back in control with a possible 23% devaluation of DOGE price toward $0.16.

Dogecoin price is revealing weakness amongst the bulls, bears waiting to strike

Dogecoin (DOGE) price action was slightly favoring the bulls with a break higher, out of the purple descending trend line. Unfortunately, the breakout faded instantly, which showed that the pop was built on the foundation of short-term profit-seeking bulls, which had no plans at all to stay in for the long haul. Bears are now slowly but surely taking over with a break of the support level at $0.21.

DOGE will be handed over at the mercy of the bears. Around $0.19, there will be some short-term support from bulls who look to play the low from September. But further than that, nothing in the way for price action to dip toward $0.16. That level goes back to August 20 and comes in just above the monthly S1 support level. 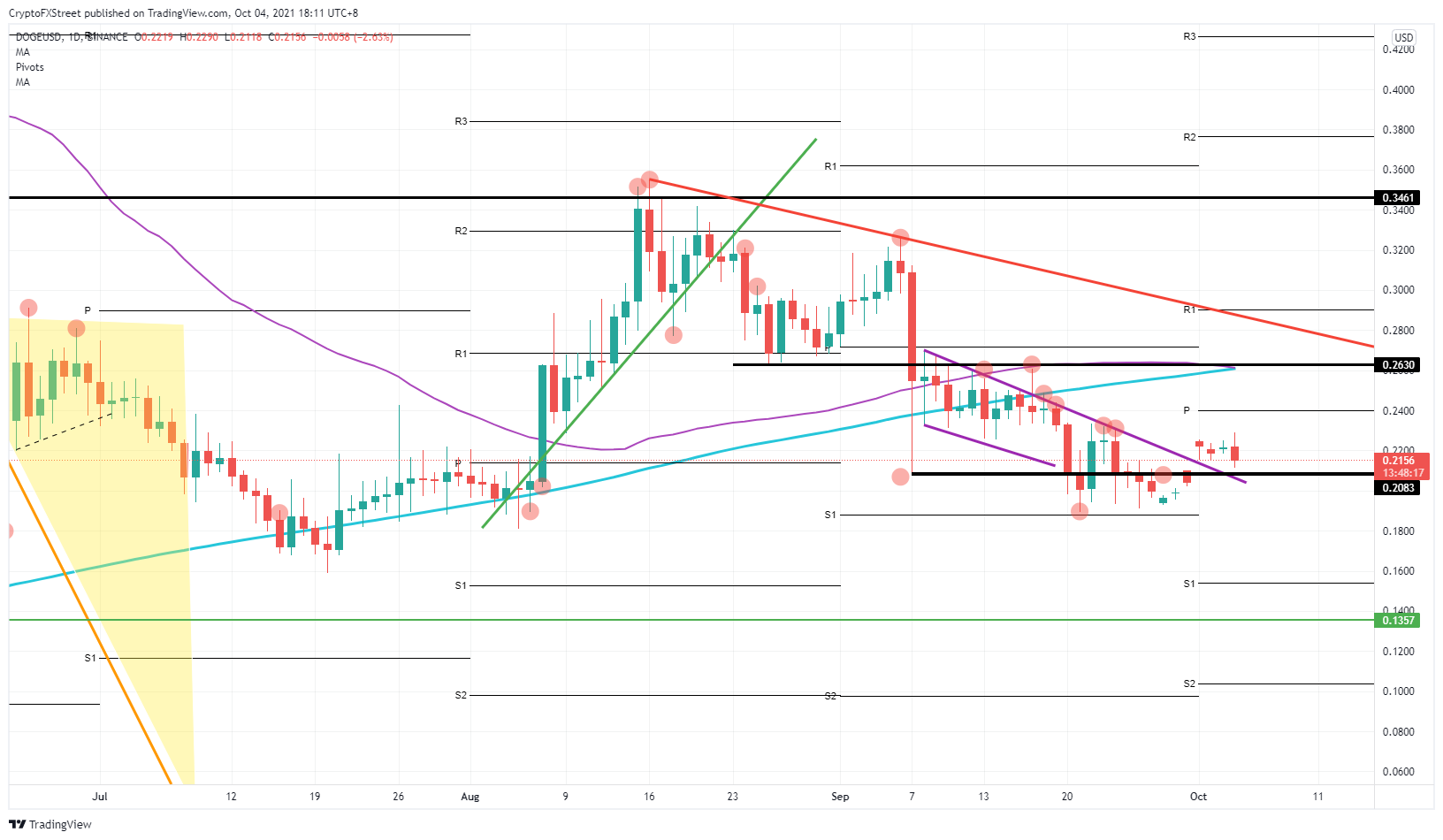 Expect bears to push for that $0.16, but once there, it will get tricky as bulls start picking up DOGE price action at an attractive discount. With the entry point just above the monthly S1 pivot level, stops will be put safely below there. Bulls have had an excellent entry for a long here, making it a level where bears will all but almost entirely book their profit.

If the $0.21 level holds, expect prices to ramp up again toward $0.26, with the uptrend being further tested but still not broken in full. This means bulls will be cautious and aware that sentiment could slide quickly overnight to the downside.