Dogecoin price has been trapped under a strong declining resistance trend line for over a month. DOGE appears to be reversing the period of underperformance, aiming for a rebound of 20%.

Dogecoin price is down by 57% since the June 2 top and has been stuck in a downtrend since. DOGE bulls have been attempting to lift prices higher against the overpowering distribution of the sellers, gearing up for a bounce.

On the daily chart, Dogecoin price appears to have been consolidating within a descending parallel channel since June 25. DOGE appears to be prepared for a breakout above the prevailing chart pattern.

Dogecoin price is nearing the topside trend line of the parallel channel, buoyed by the buy signal from the Momentum Reversal Indicator (MRI) in the previous daily candle. 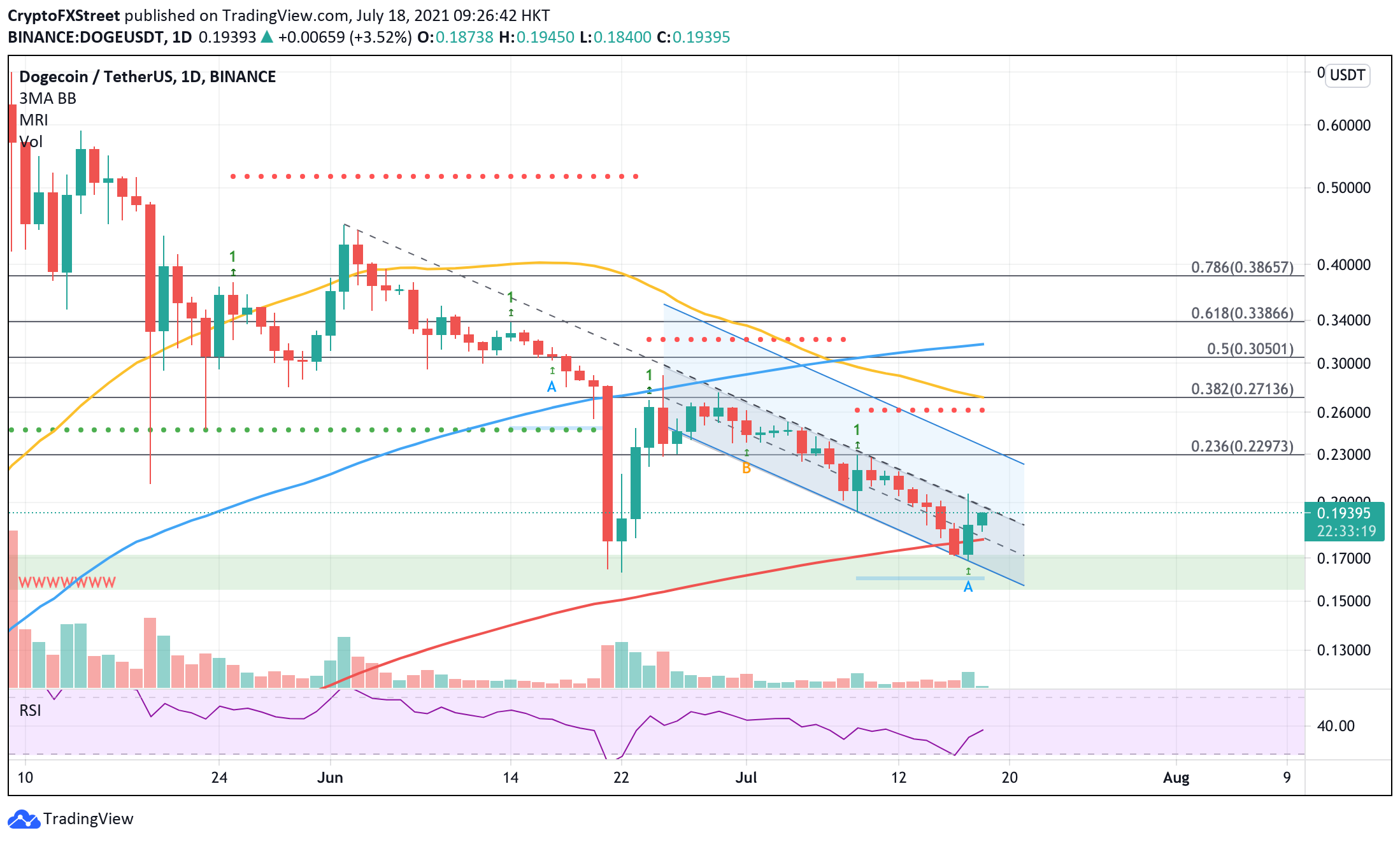 Speculators should note that the subsequent price action must move up to confirm a potential rally.

Should Dogecoin price be able to secure the aforementioned target as support, DOGE bulls could expect the canine-themed coin to tag the 38.2% Fibonacci extension level at $0.27 corresponding with the 50-day Simple Moving Average (SMA). This level would act as the next obstacle for the token, suggested by the resistance line by the MRI.

Dogecoin price will find sufficient support by the 200-day SMA should DOGE bears take charge. If the bullish scenario is voided, the dog-themed coin will retest the lower boundary of the parallel channel $0.16, the June 22 low.

Investors should note that if selling pressure intensifies, Dogecoin could still be at risk of continuing its declining price trend in consolidation.