Shiba Inu price has done very well over the past two weeks. Yes, it has faced some intense selling pressure along with the rest of the cryptocurrency market, but SHIBA bulls have thus far kept prices stable.

Shiba Inu price action on the $0.0000025/3-box reversal Point and Figure chart is mostly unchanged from the prior analysis. A theoretical long trade setup on the Point and Figure chart first identified in early December 2021 remains active. For traders who missed the entry, there is an opportunity to enter soon. 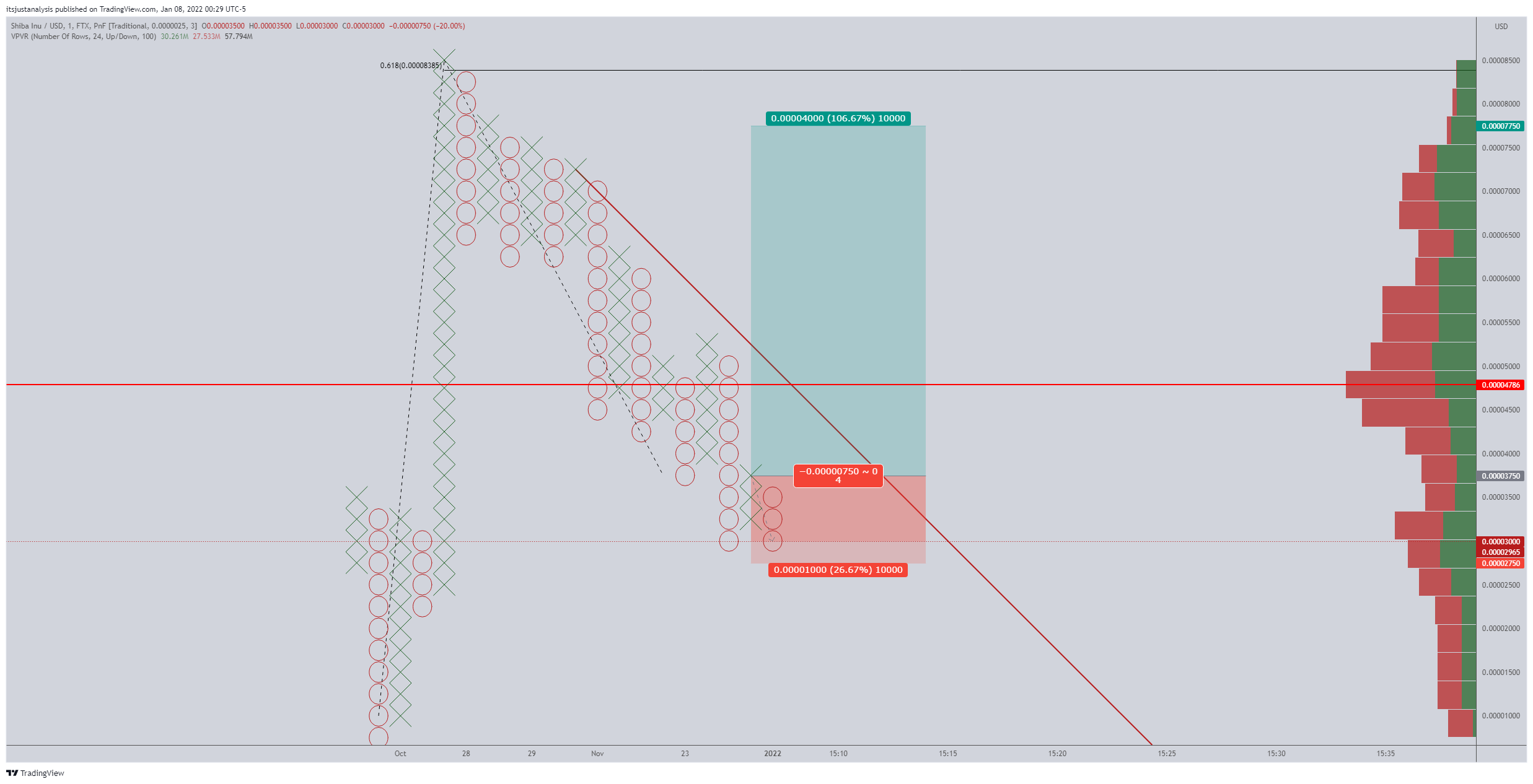 The trade is based on a Point and Figure pattern known as a Bullish Shakeout – a form of a bear trap. However, the Bullish Shakeout pattern is only valid when it appears at the bottom or beginning of a new uptrend that is part of a broader uptrend. Shiba Inu price action fulfills all those requirements.

The theoretical long trade setup is invalidated if Shiba Inu price drops below the $0.00002500 value area.