Shiba Inu price is on the verge of a significant decline if the bulls fail to claim $0.000002817 as support. Sliding below the aforementioned foothold could put a 35% descent on the radar.

Shiba Inu price has formed a descending parallel channel on the 12-hour chart, as SHIB continued to record lower highs and lower lows.

Shiba Inu price attempted to slice above the upper boundary of the prevailing chart pattern on December 28 to reverse the period of sluggish performance. However, selling pressure increased and SHIB slid lower, falling back into the consolidation pattern.

The middle boundary of the governing technical pattern at $0.00002659 would act as the intermediate line of defense for Shiba Inu price before the bears prepare for the massive decline toward the lower boundary of the parallel channel at $0.00001935. 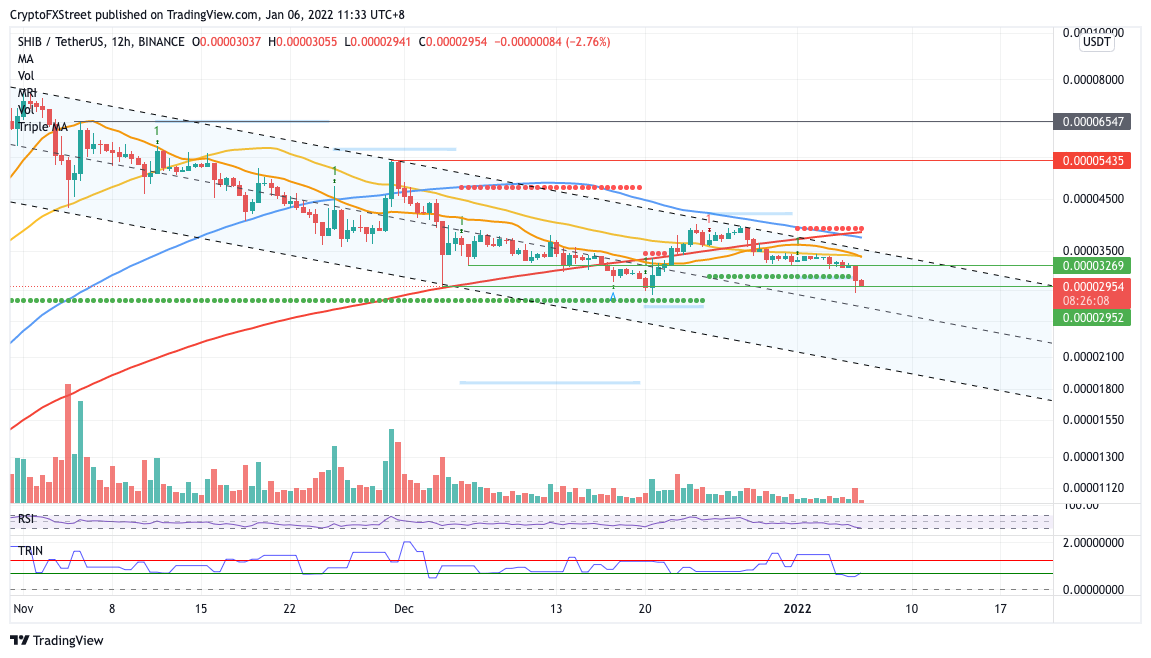 However, if buying pressure increases for Shiba Inu price, the first level of resistance is at the December 6 low at $0.00003269. Additional obstacles will emerge at $0.00003415, where the 50 twelve-hour Simple Moving Average (SMA) and the 21 twelve-hour SMA intersect, then at the upper boundary of the prevailing chart pattern at $0.00003549.

If the bulls manage to slice above the aforementioned line of resistance, Shiba Inu price may finally be able to witness a recovery, to reverse the period of underperformance.