The wild ride of cryptocurrency prices down the cliff was pinned on Goldman Sachs as reported by FXStreet. The news of the investment bank shelving on offering cryptocurrency derivatives led to a tailspin in the crypto market as investors panic sold their digital assets. At least $15 billion was wiped off the total cryptocurrency market capitalization in less than 24 hours. Business Insider, a news website was the first to break the news (FUD) but the CFO, Martin Chavez of the Wall Street bank has clarified to the entire market that the company is still on track with its plans surrounding cryptocurrencies.

Chavez referred to the recent report as “fake news.” And went ahead to assure investors that the bank is preparing a Bitcoin derivative following customer demands. Chavez said while speaking at the TechCrunch Disrupt Conference:

“The next stage of the exploration is what we call non-deliverable forwards, these are over the counter derivatives, they’re settled in U.S. dollars and the reference price is the bitcoin-U.S. dollar price established by a set of exchanges.”

Moving on from Goldman Sachs’s saga, the U.S based Coinbase exchange has hit the mainstream media today following a report that the exchange could be exploring a Bitcoin exchange-traded fund (ETF) in collaboration with BlackRock. BlackRock is one of the world’s largest asset management firms.

The discussion surrounding Bitcoin ETF has been going on in the crypto sphere for some time now. Some experts say that the market is not ready for an ETF while other experts and cryptocurrency enthusiasts believe that an exchange-traded fund is a saving grace that the volatile market needs to recover. Two Bitcoin ETFs have already been rejected by the U.S SEC while 9 other denied proposals are in review. Later this month, the authority is expected to deny or approve another ETF.

The entrance of Coinbase into the ETF business could be a game changer. The exchange is known to set the trend in the crypto industry and some people refer to it as the Apple of the crypto world. Coinbase is said to have started discussions with BlackRock’s blockchain division in order to carry out analysis of the product. However, details of the same have not been released but there is a huge potential for success.

Bitcoin price is still deflated in spite of the above positive news. In fact, there has been a drop below the support at $6,400 discussed in an earlier analysis. A sharp decline is in progress towards $6,300. The slight bullish trend that had BTC/USD exchange hands slightly above $6,500 earlier today has turned bearish. It is essential that the bulls defend the technical support at $6,300, otherwise a trip downstream towards $6,000 is imminent. The stochastic on the hourly chart is pointing south and heading into the oversold levels. 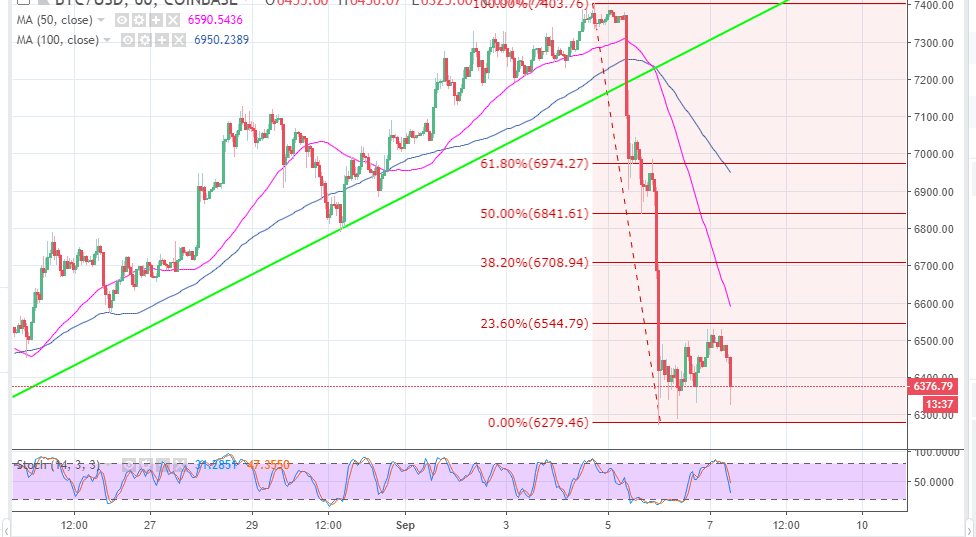 Ethereum, just like Bitcoin has extended declines below the support at $220 explored in an earlier analysis. The recent violent declines saw the crypto shed off more than 10% of its value but the bulls found refuge making a pit stop at $210. The current volatility is threatening the only lifesaving support for Ethereum and $200 could be the next stop unless a reversal above $220 and $230 occurs in the short-term. 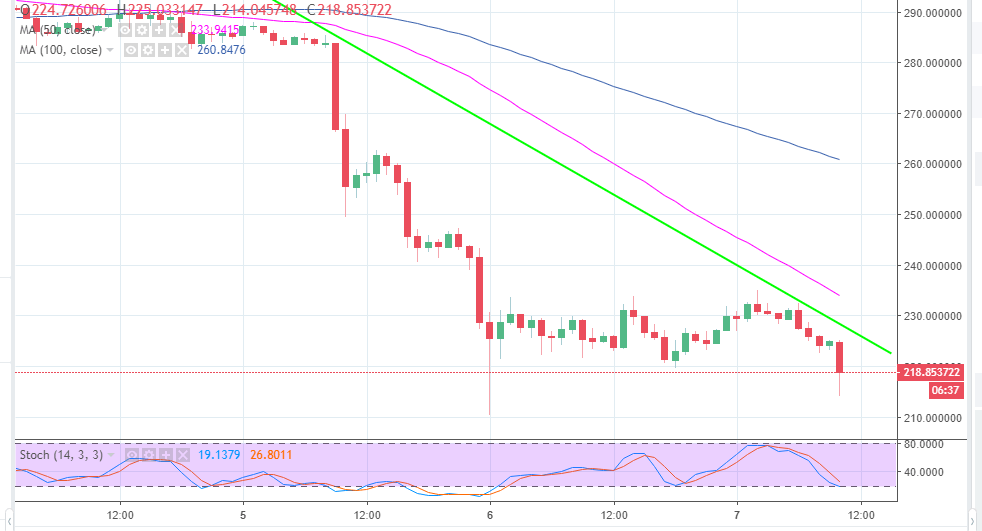 Ripple upside is still limited below the bearish trendline that commenced following the recent declines. There was an upward movement from the support at $0.26, in fact, Ripple retraced above $0.30 before the Bulls lost their grip giving the bears another opportunity. XRP/USD has canceled most of the gains in addition to breaking below the short-term support at the 23.6% Fib level. It is important that the buyers enter and push for a pullback above the next support target at $0.28. 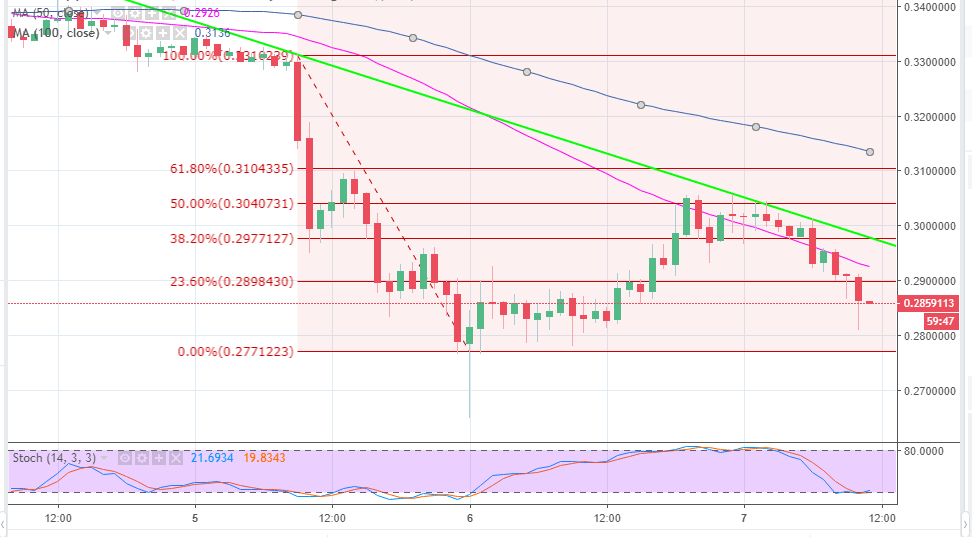