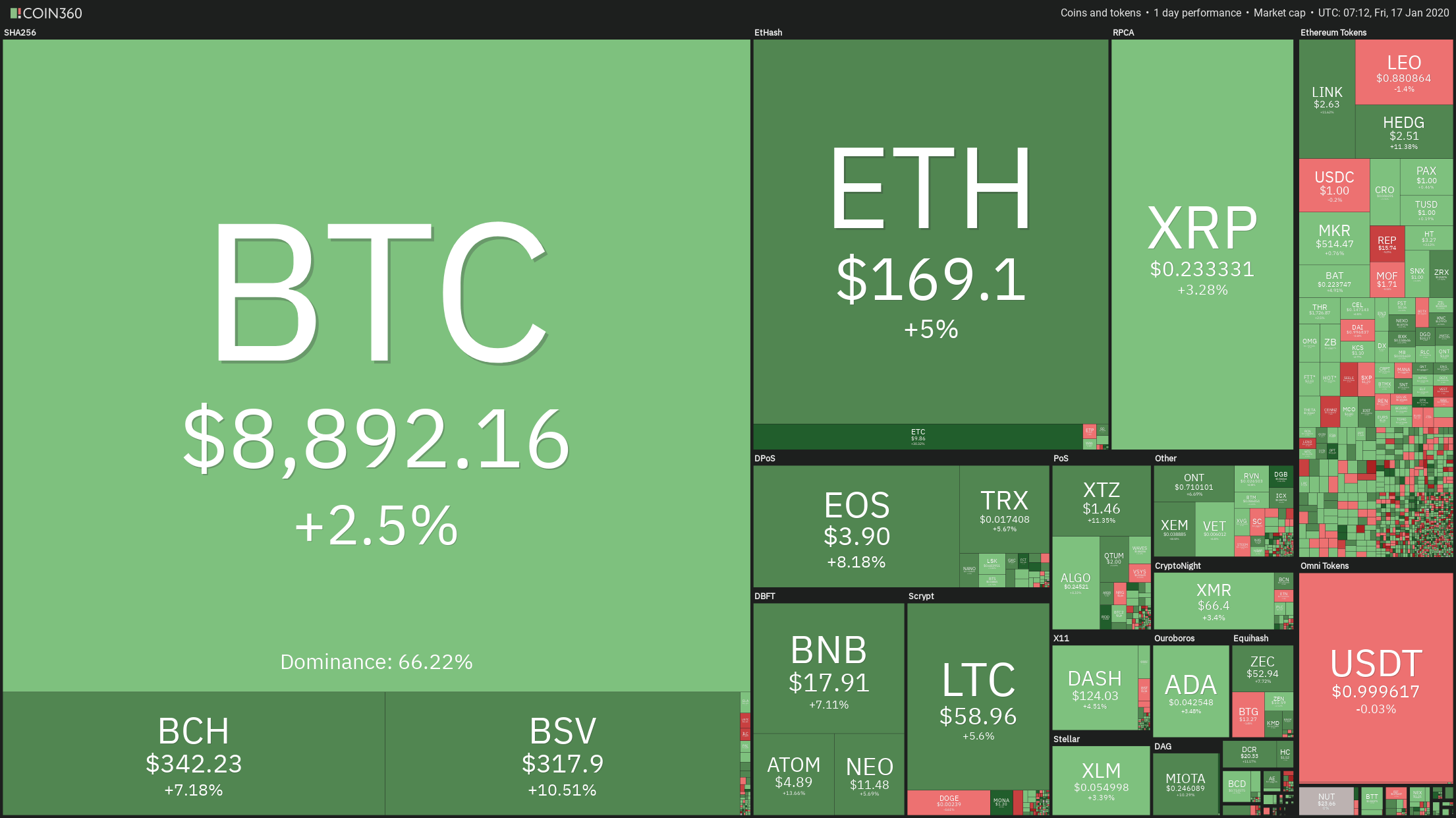 The Capitalization of the sector moved about one percent up, to $243.941 billion, although the traded volume in the last 24H dropped about ten billion, climbing to $47.164 billion (-26%). The dominance of Bitcoin remains at 66.24%, demonstrating that investors are diversifying, noticing that altcoins have the potential to deliver higher returns in the current market situation. 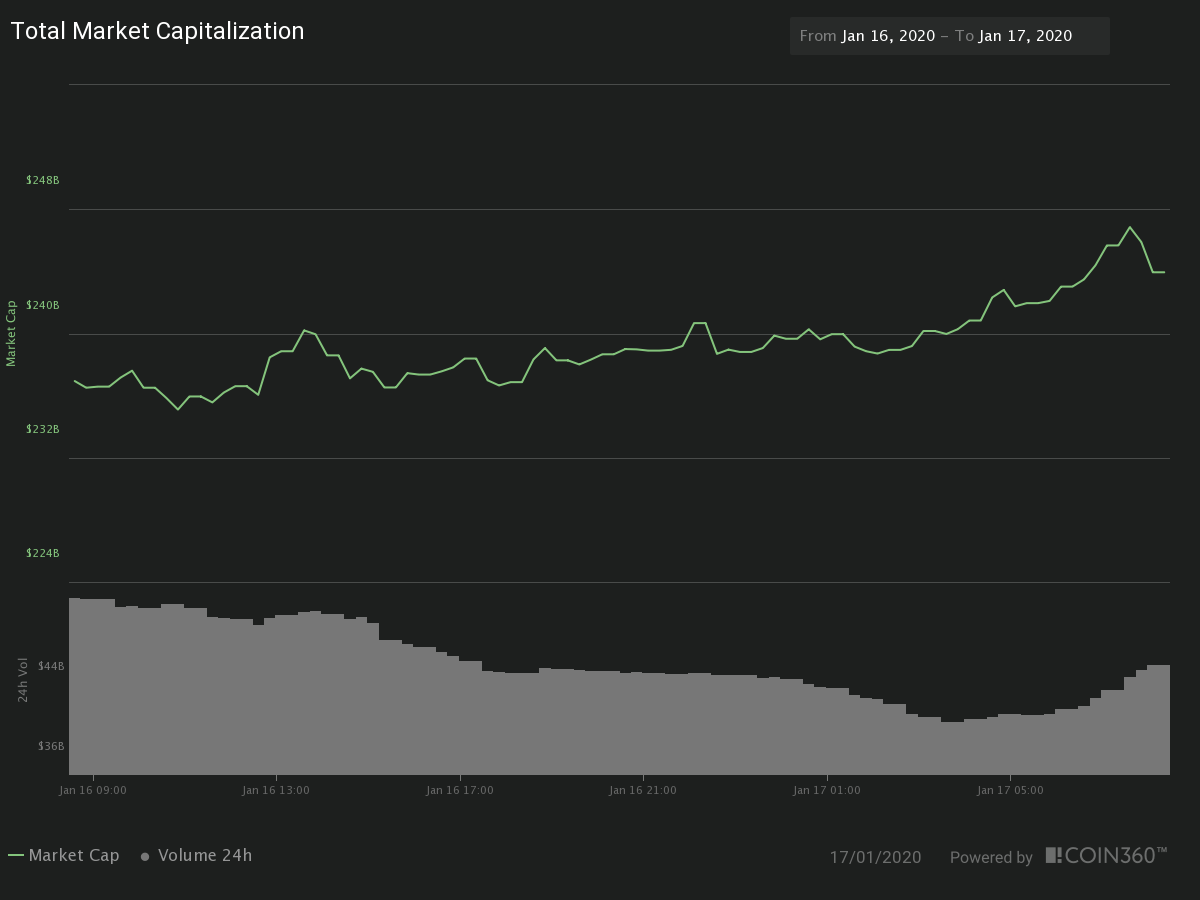 Binance has announced a strategic partnership with Z Corp, a subsidiary of Z Holdings Corp. and Tao Inc, a Japanese licensed cryptocurrency exchange. "Through licensing Binance's cutting-edge technologies, Z Corp and TaoTao will collaborate with the Financial Service Agency to ensure full regulatory compliance in the Japanese market." Source: AmbCrypto.com.

Zcash developers have released an SDK (Software development kit) through which it would be possible to shield transactions on mobile devices, so allowing for anonymous transactions. 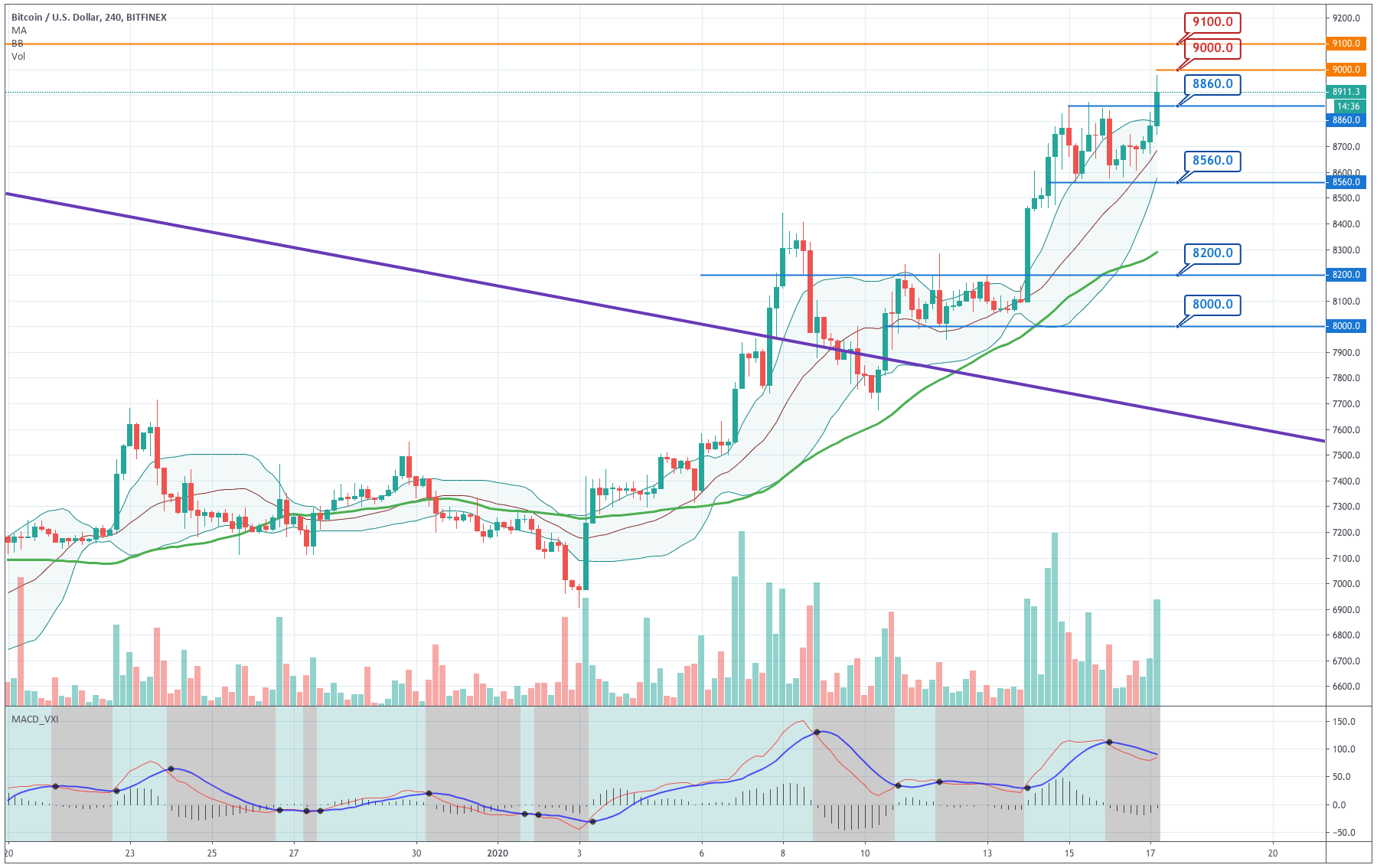 After a failed attempt last Thursday, Bitcoin slowly moved up, and this morning broke the $8,860 resistance barrier. In the above chart, we can see that the price was supported by the Bollinger's mean line and now moves above the +1SD line. Also, the MACD is turning bullish, and the price is making new highs. Thus, the upward trend continues being healthy. The next step for BTC is to break the $9K barrier and step up to $9,100 to consolidate this movement. 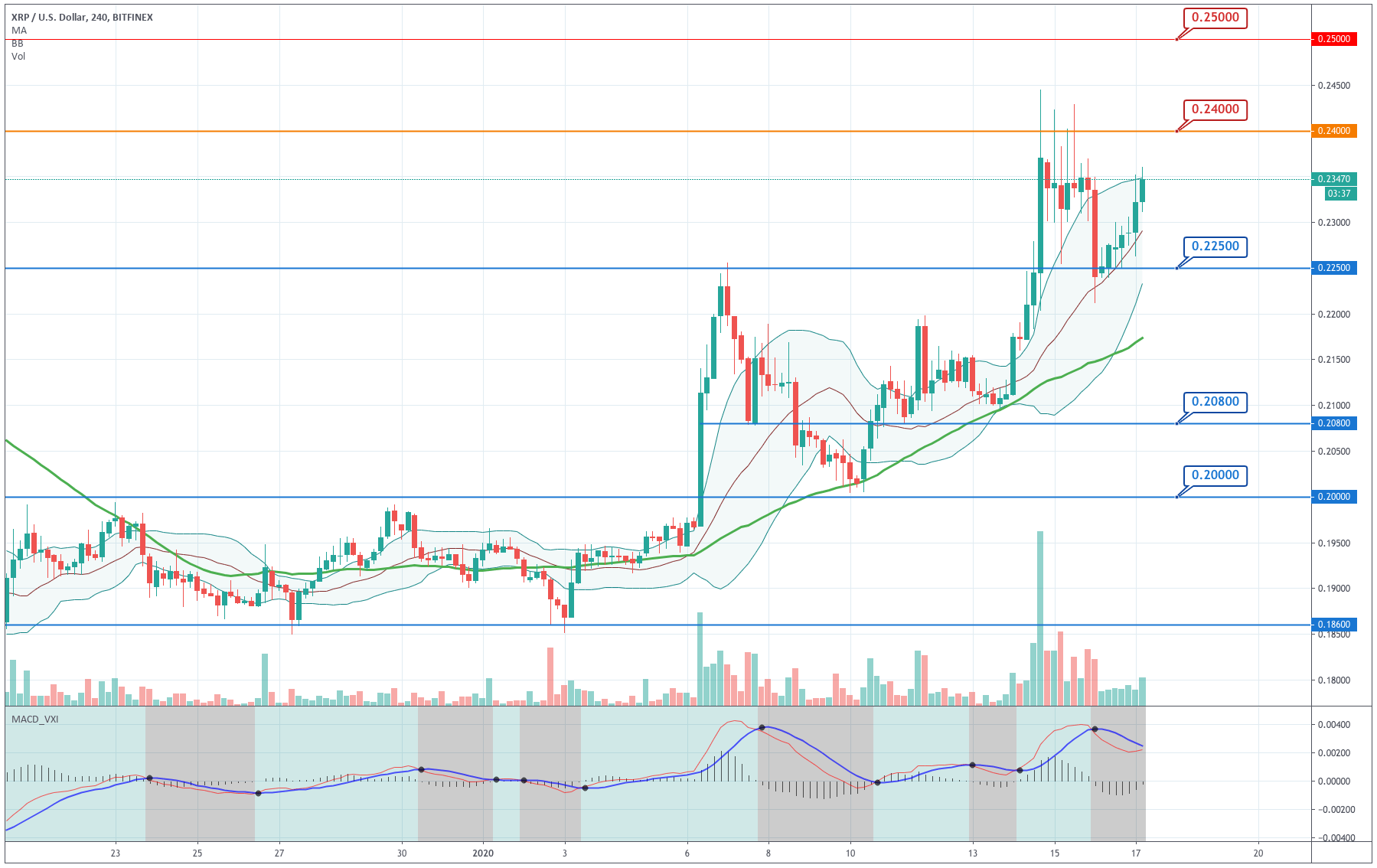 After a sharp drop yesterday, the $0.225 support held and the price started moving up guided by the Bollinger mean line. The price now is touching the levels previous to that drop. Also, its MACD indicator is turning to Bullish, while the price reached the +1SD line. That means the trend continues being up. We would like it to break the $24 level with a bar close above it to be on the safe side, since all the wicks shown in the previous candlesticks are indicative of intense selling. 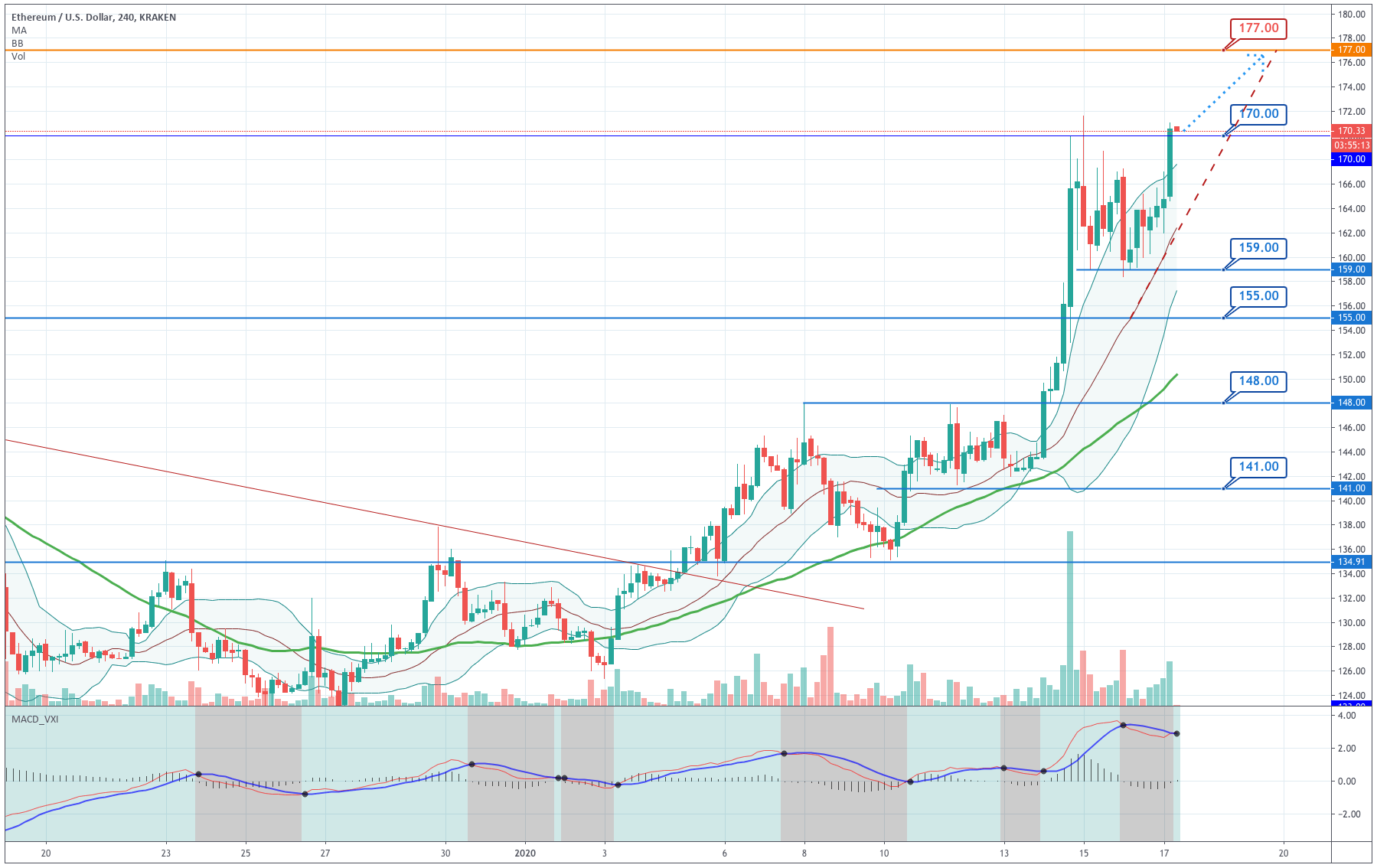 Ethereum is breaking its $170 resistance line after the sideways movement experienced on Thursday. The price was held by the $159 support, and since then, it moved up always above the mid-Bollinger line. Its MACD already had a crossover to bullish, so the primary bullish trend continues developing on Ethereum. Its next target is $177. 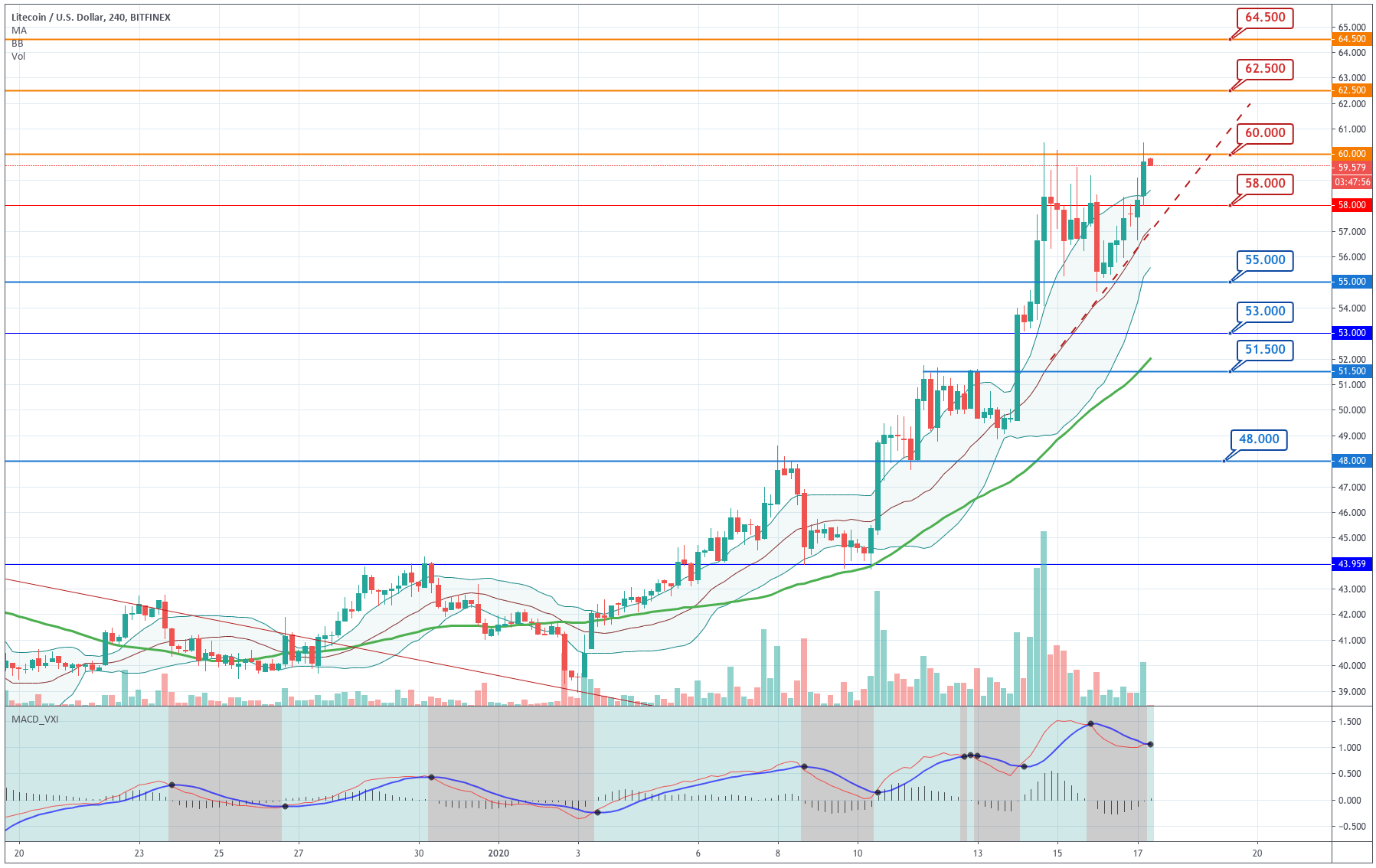 Litecoin has followed a path very similar to Ethereum. After a sharp drop on Thursday, it found support at $55 and started moving up guided by the mid-Bollinger line. Currently, it has closed above all the previous closes and is trying to break the $60 barrier. The MACD also made a bullish crossover, and the Bollinger bands point decidedly up. Therefore, there is no doubt the current trend is healthy. The next step for LTC is to break $60 and move to its next $62.5 target.