The Graph price triggered the bullish hammer candlestick pattern today, but gains have faded after getting near the 100-day SMA. A bullish cryptocurrency complex portends higher prices, but the GRT chart suggests that consolidation above the triangle’s lower trend line may be the scenario in the short term. 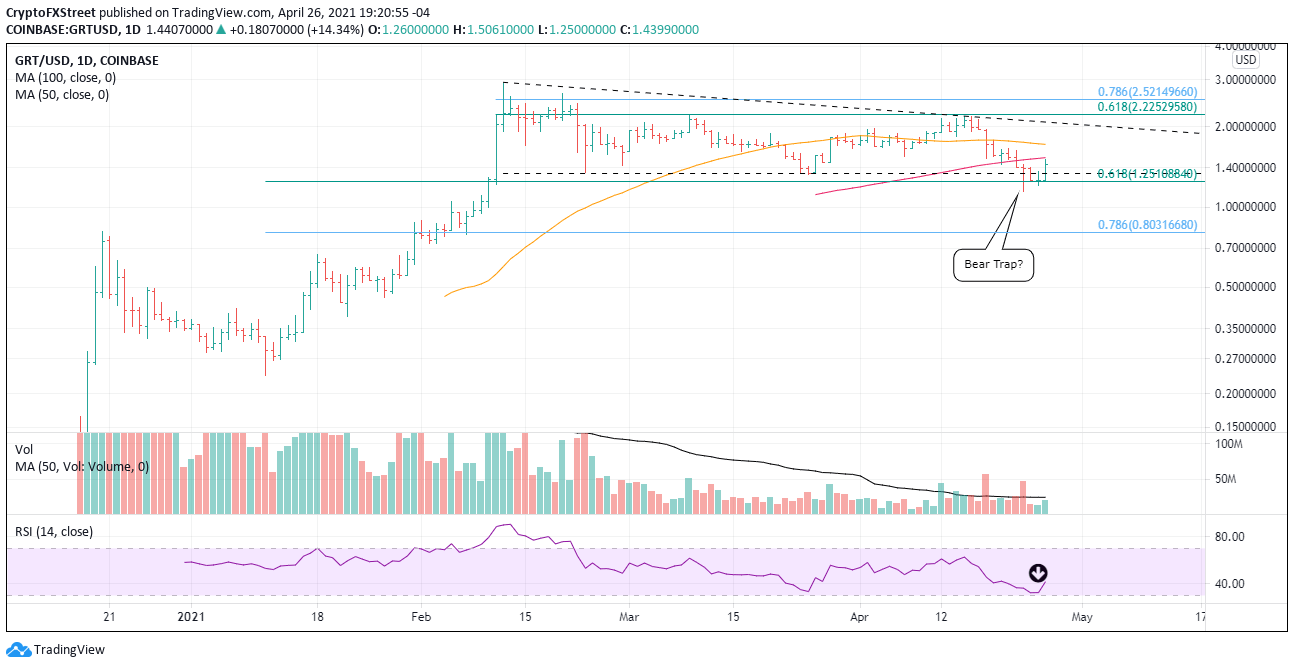 Zilliqa price has released the overbought condition after flashing a bearish momentum divergence on the daily and weekly Relative Strength Indexes (RSI). Upside potential may be limited in the short term due to the convergence of resistance levels and the lack of a buying stampede today. 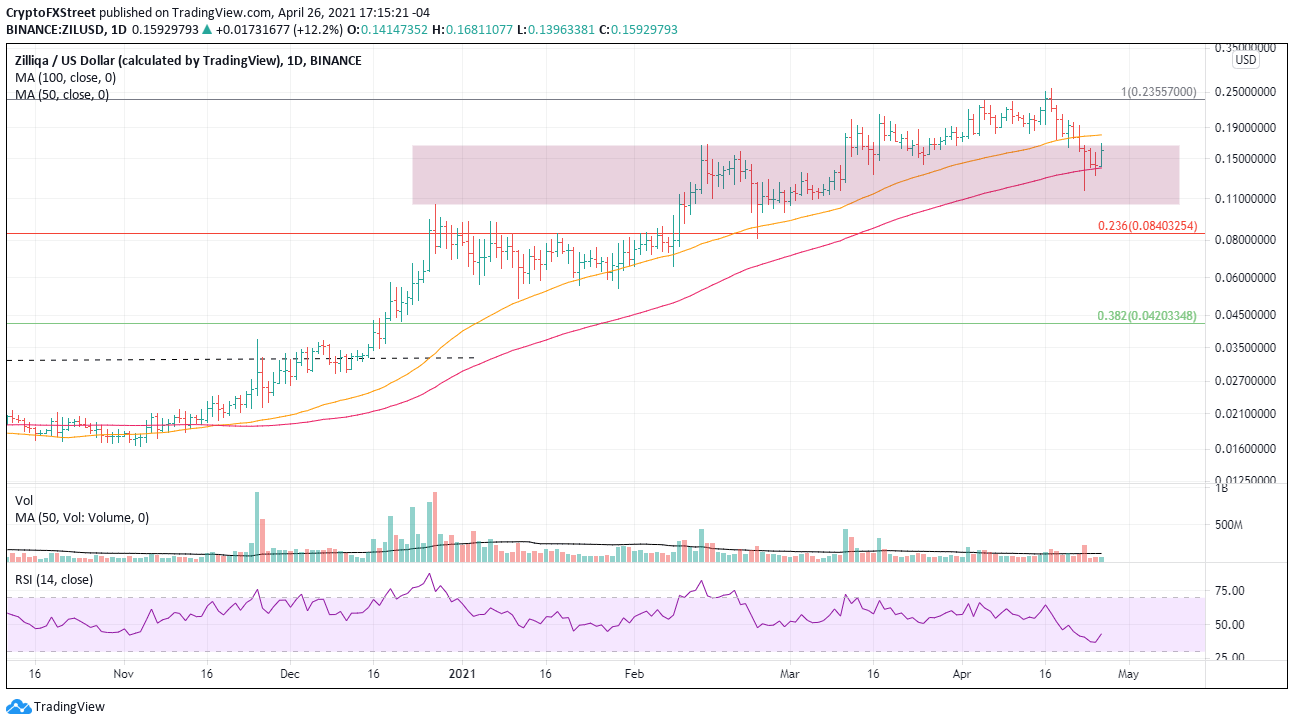 Algorand Price Prediction: ALGO poised for a 30% rally on a strong close

Algorand price strength proves to be sustainable today, and it lays the groundwork for a rally to the ascending channel’s upper trend line at $1.64. After catching speculators in a bull trap on April 17, ALGO immediately turned down and declined almost 50% before marking a bullish hammer candlestick pattern on April 23. 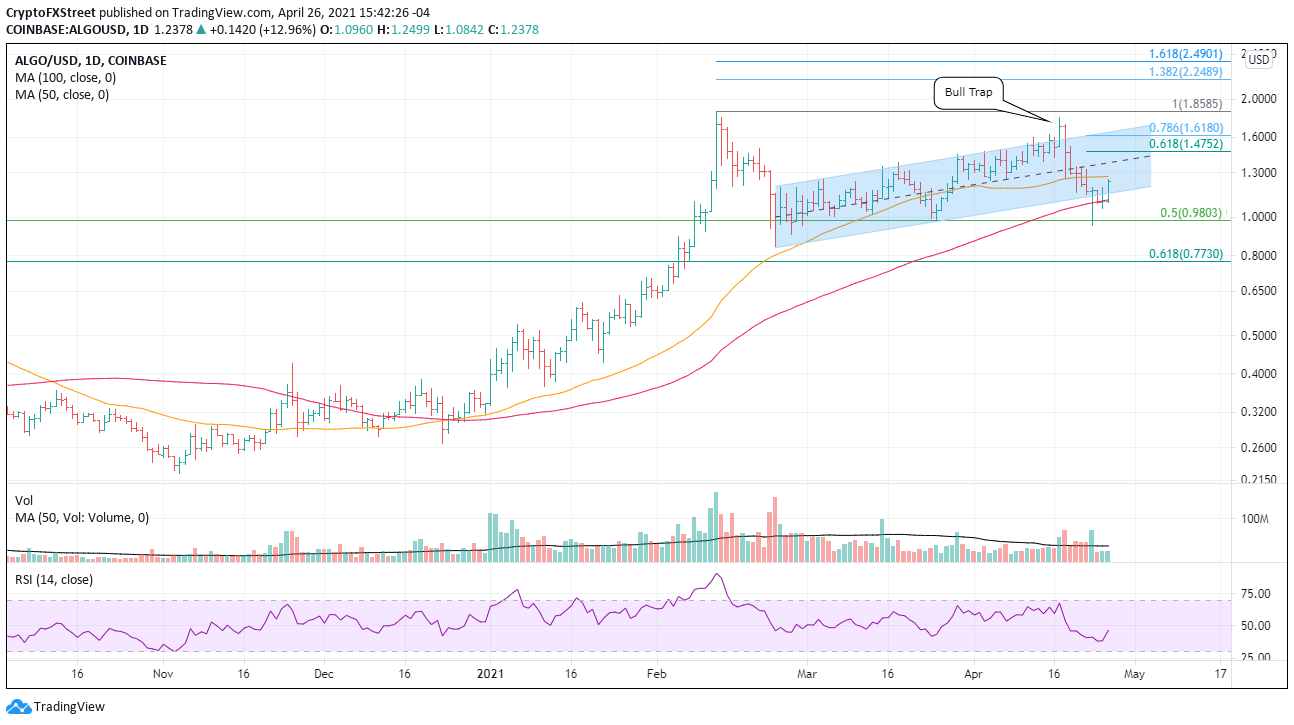