Bitcoin price shows a lack of bullish momentum as it bounces off the previously created range. This development could result in a bearish outlook if the immediate support cluster is breached. In such a case, Ethereum and Ripple price are likely to follow suit and drop. 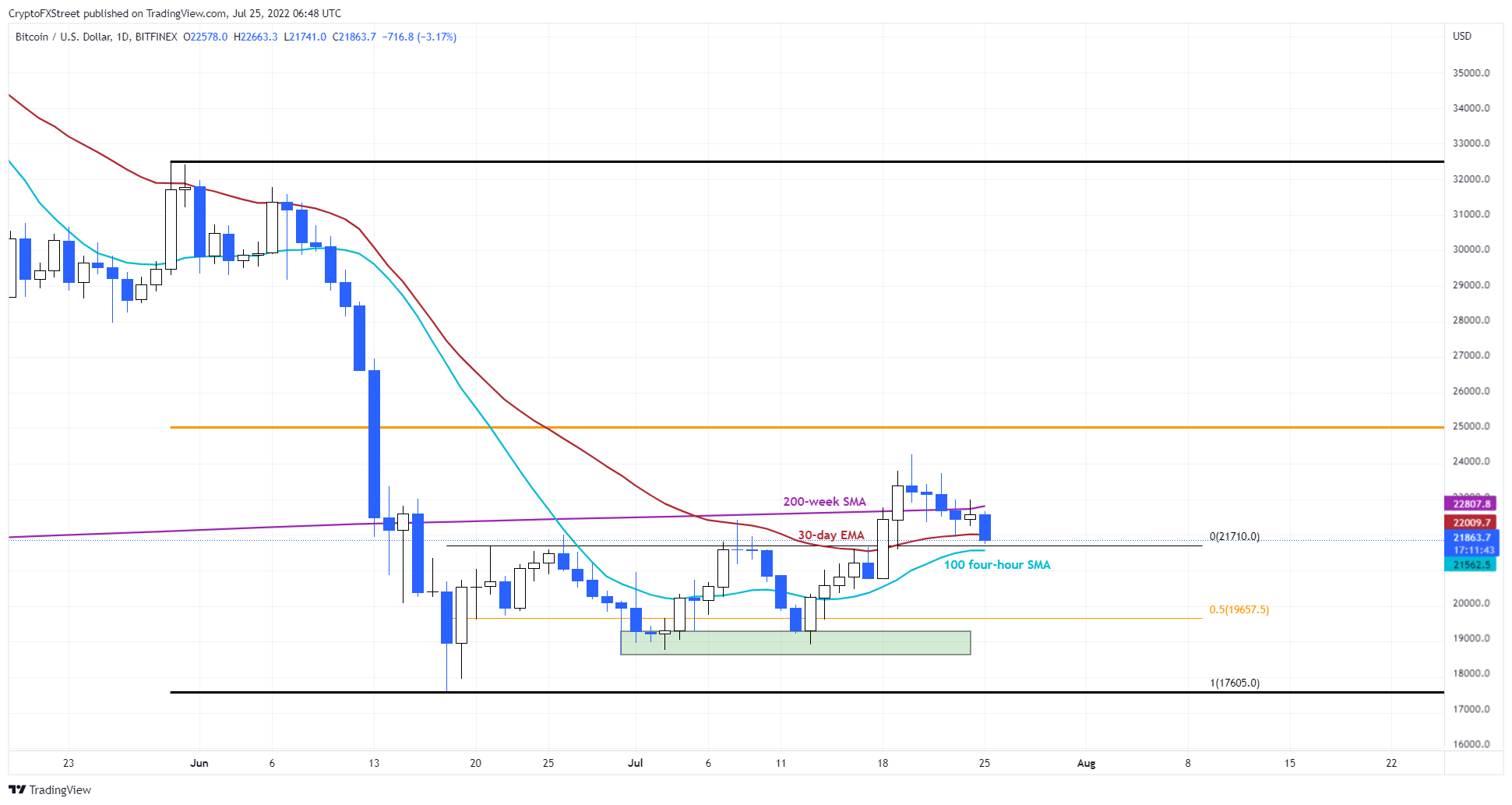 How will Bitcoin price react to another 75 basis point hike?

Bitcoin price is undergoing an uptick in sell-side activity that has led to a retracement after nearly a week of an uptrend, starting July 13. Now, BTC has arrived at a level that will decide its fate and perhaps the directional bias for altcoins. 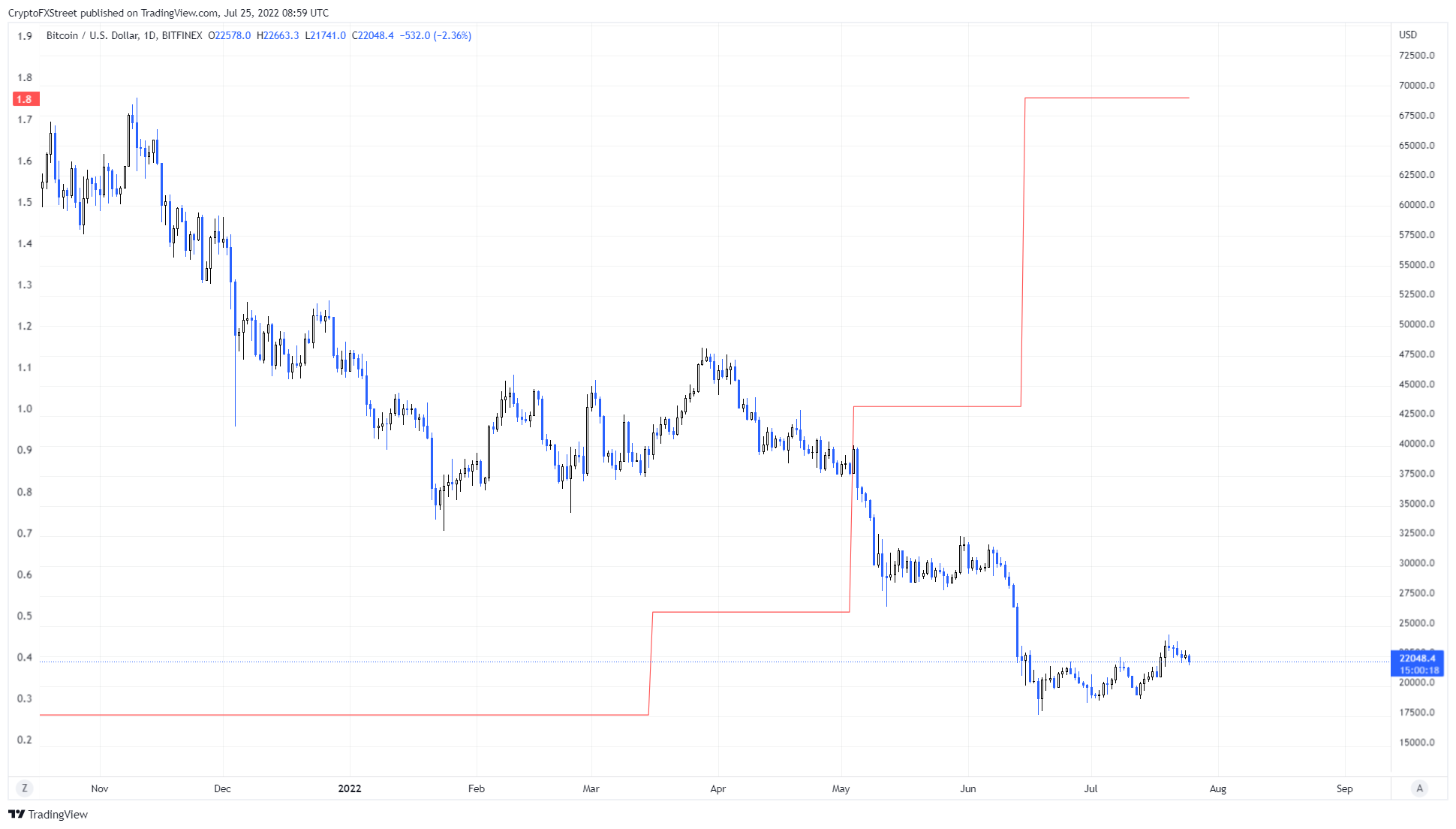 Ethereum price is doddering marginally below $1,550 following a few days of stability. The leading smart contracts token had jumped from support roughly at $1,040 in the previous week, and nearly brushed shoulders with $1,700. ETH’s ability to carry on with the recovery to $2,000 may be limited due to the upcoming Federal Open Market Committee (FOMC) meeting. 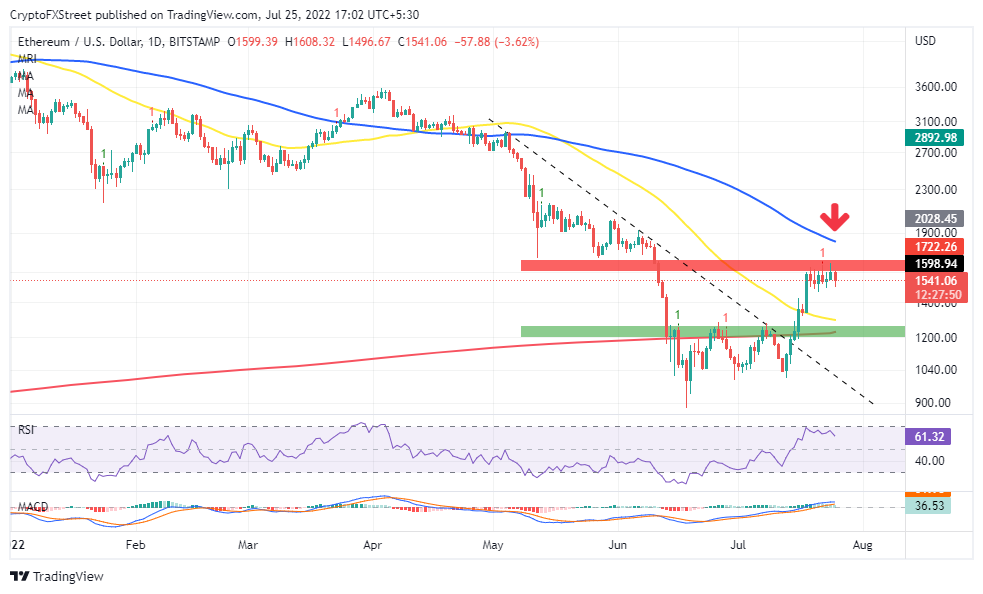 Cardano price has remained neutral despite the blockchain undergoing a massive upgrade this week via the Vasil hard fork. This update is multi-faceted and brings a host of improvements to the so-called “Ethereum-killer”.

Circle will be launching a cross-chain transfer protocol with support for its own stablecoin, USD Coin (USDC). In the future, Circle intends on making USDC available on NEAR and Polkadot, among other chains.