Outside of the March blip, Bitcoin price has failed to convincingly get above the February high at $58,367, creating a mix of anticipation and restlessness among speculators and media titans. The last three days’ price action has voided the head-and-shoulders top alternative and puts the attention back again on the rising wedge thesis. 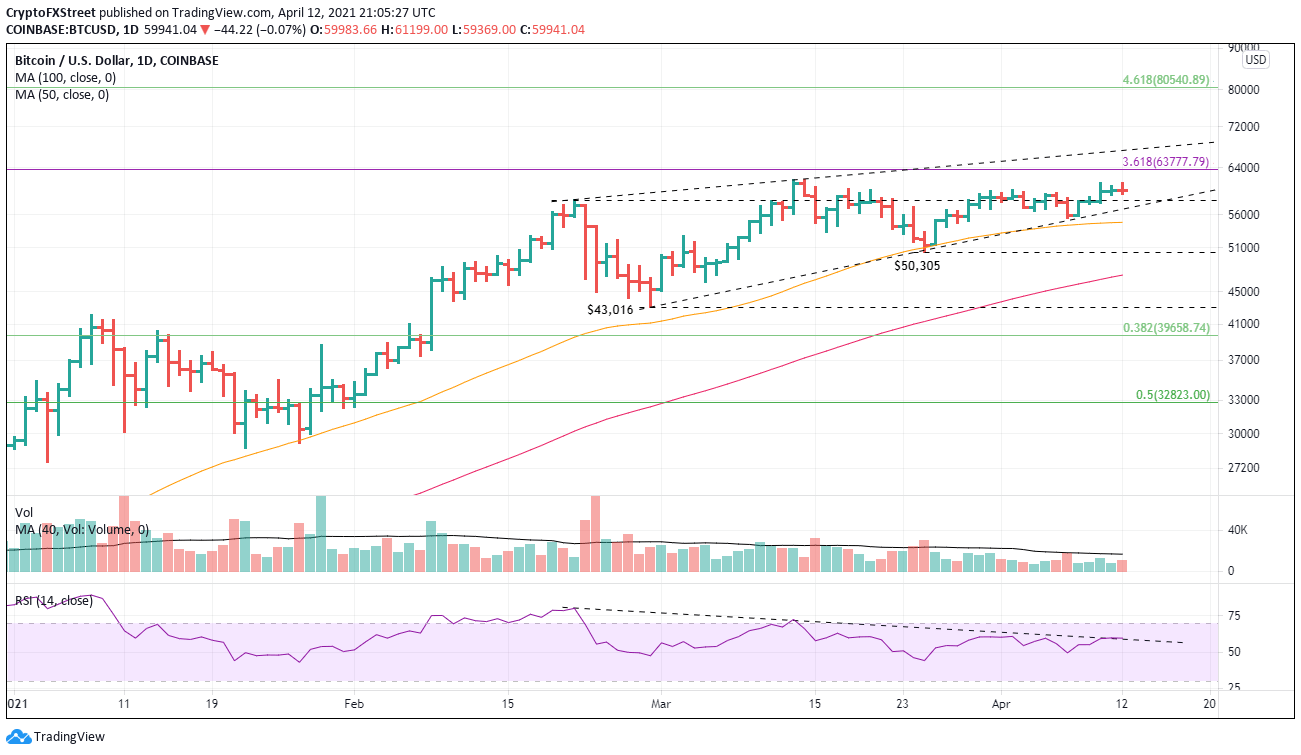 Swipe price has been wedging higher since mid-February until the April 10 breakout into all-time highs. The bearish reversal on April 10 combined with another bearish reversal today should caution traders that the upside will be limited in the short-term, and the potential for a deeper correction is now present. 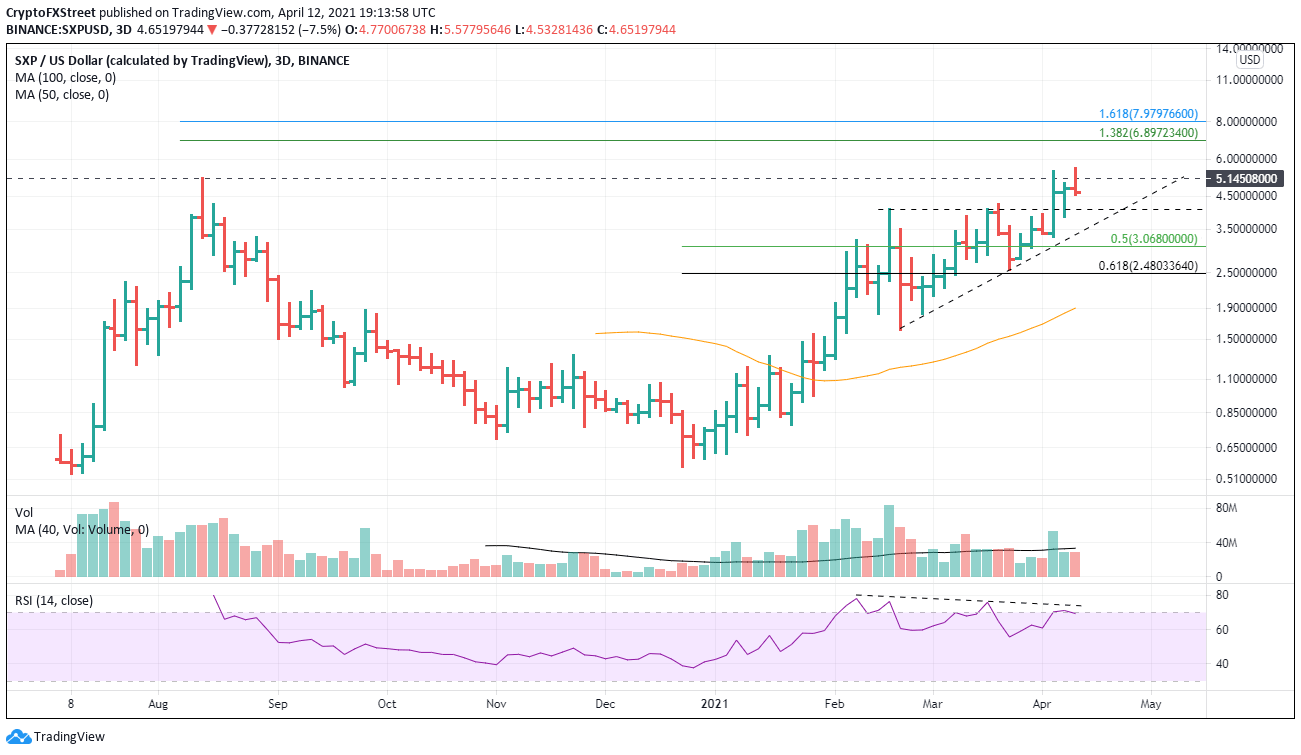 Enjin Coin was drifting until the bullish outside day on April 7, encapsulating the previous 11 days on well above-average volume. The following breakout into a new high was decisive, but it has since retraced back into the base. The next couple of days will be vital to ascertaining whether ENJ can restart the rally. 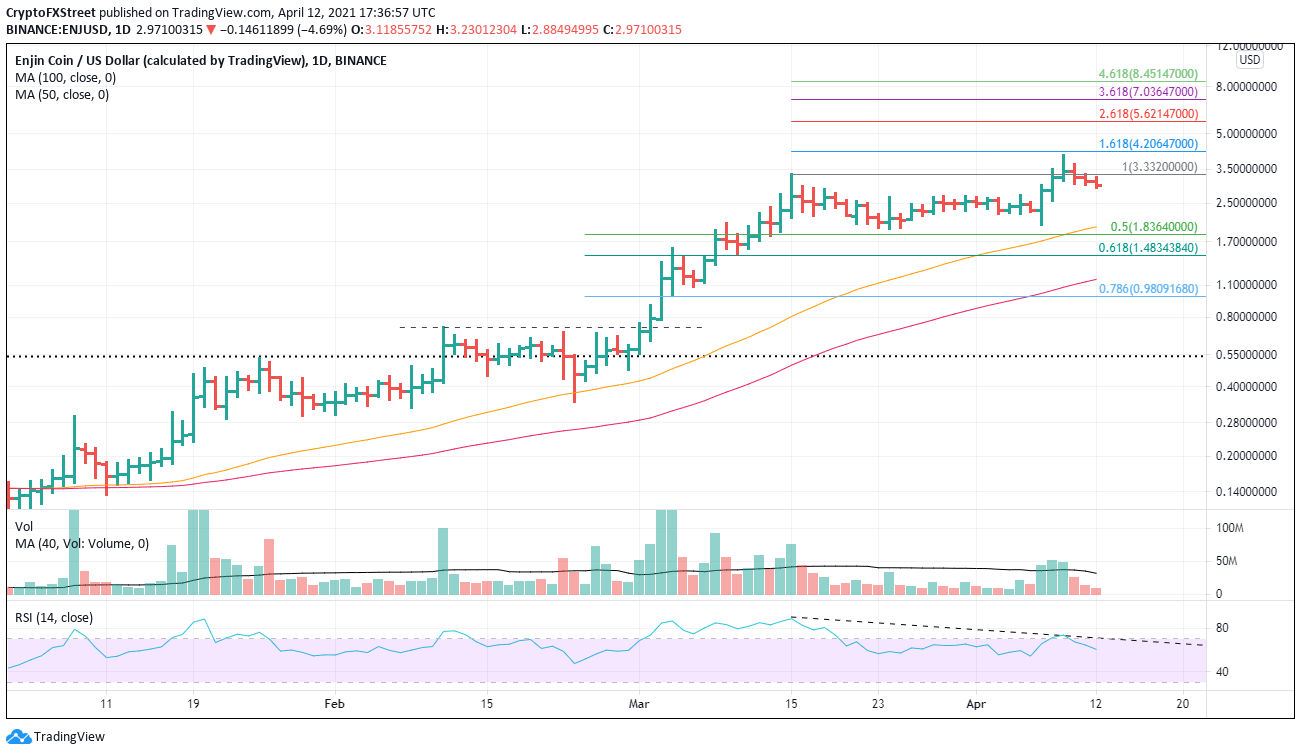