Bitcoin is trading below the opening price ($10,158) on Thursday. The bulls initially extended the leg above $10,200 resistance before a reversal swept in at $10,205.70). The chart I analyzed earlier today shows regression having been stopped slightly above $9,800 on Wednesday. The almost immediate bounce above $10,000 was supported by the ascending trendline further encouraging the buyers to regain control. 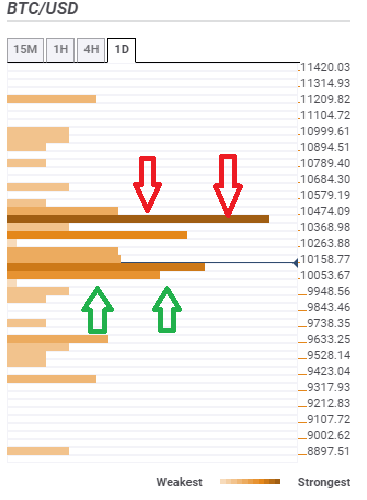 Ripple’s XRP, the third-largest digital asset with the current market capitalization of $10.8 billion, has recovered from the intraday low of $0.2211 and settled at $0.2530 by the time of writing. Despite the recovery, XRP/USD stays down 1.4% on a day-on-day basis.

NEO has been sidelined below $9.00 handle. The 20th largest digital asset with the current market value of $628 million has gained nearly 2% since the beginning of the day and stayed unchanged on a day-on-day basis. NEO is most actively traded at Bitfinex against USDT. From the longer-term perspective, the coin peaked at $24.04 on June 26 and has been moving within a downside trend ever since