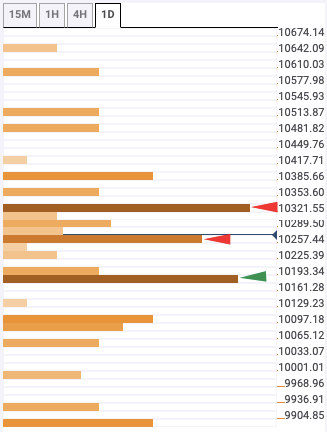 Ripple Price Analysis: XRP/USD eke out an advantage as the asset becomes overpriced

XRP/USD went up from $0.305 to $0.327 this Thursday and crossed above the 20-day Bollinger Band, indicating that it was overpriced. Right on cue, the bears stepped in this Friday to check the price to $0.325 and attempt to drop it back inside the Band. The price is still hovering above the SMA 20, SMA 50 and SMA 200 curves. 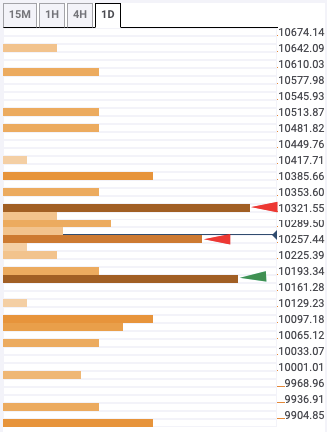 Ethereum Price Analysis: ETH/USD faces the ultimate resistance at $280 amid calls to hit $300

Ethereum's ongoing bullish action is still mainly dependent on the breakout from a falling wedge pattern whose formation began during the retracement witnessed from June 2019’s highs above $360. The digital asset has risen above key resistance areas in January and February including $140, $260 and $270.

BTC has flashed a buy signal in the 12-hour chart. Bitcoin has dropped from $11,085 to $10,265 over the last five days, falling below the symmetrical triangle formation in the process. This Wednesday, the price tumbled ...

Ethereum closer than ever to ETH 2.0 with Spadina Launchpad live on September 29

The main idea behind the Eth2 upgrade is the shift towards a PoS consensus algorithm as the current Proof-of-Work algorithm is energy-intensive and not sustainable in the long-run. Additionally, ETH's current speed ...

Bitcoin SV is still one of the biggest cryptocurrencies globally, currently ranked 11th by market capitalization and ignoring the criticism from the community. Several major exchanges ...