On the upside, the initial resistance is created by $6,900 with the intraday high just below this level. Once it is out of the way, the upside is likely to gain traction with the next focus on $7,000 and $7,130 reinforced by SMA100 weekly. This barrier stopped the recovery earlier this week and may serve as a reversal point during the next bullish wave. A sustainable move higher will bring $7,500 (SMA200 4-hour) and psychological $8,000 back into focus.

NEO Price Analysis: NEO/USD struggles to settle above $7.00 as the upside momentum fades away

NEO, now the 2nd largest digital asset with the current market value of $492 million, is hovering around psychological $7.00. The coin has gained over 2% on a day-to-day basis, however, the upside momentum has faded away during early Asian hours. NEO tokens worth nearly $500 million changed hands in recent 24 hours, which is in line with the long-term average figures.

Ripple (XRP) has been the best-performing altcoin out of top-20 in recent 24 hours, The coin tested $0.1800 during late Thursday hours and managed to settle above $0.1700 on Friday. Ripple's total market capitalization is registered at $7.5 billion, while an average daily trading volume reached $2.3 billion. 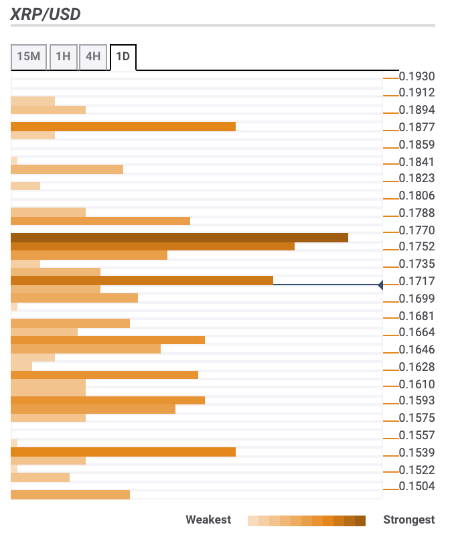 Ripple (XRP) price could not withstand the correction that has gone through the cryptocurrencies this week. Several significant cryptocurrencies and alt-currencies were on the downside, with prices retreating to fundamental support levels.

Cardano (ADA) price has been on a downward trajectory since the beginning of this week after ADA twice broke a supporting ascending trend line. With those two supportive elements so close to each other, sellers had two excellent entries to play out their short positions.

SafeMoon price experienced a massive downswing over the past month and has finally revealed an optimistic outlook. This development could see SAFEMOON rally and set up a temporary swing high.

AMC Theatres recently announced that the theatre chain would start accepting Bitcoin, Ethereum, Litecoin and Bitcoin Cash by the end of 2021.