Bitcoin price failed to make a comeback into the $9,000’s range over the weekend. The stability followed an incredible bullish action on Thursday last week that saw the price high new April highs at $9,466. The bullish action was, however, met by increased selling activity and coupled with the high volatility in the market, pulled Bitcoin into a reversal action, the extent of testing new support at $8,400. A minor recovery ensued but Bitcoin stalled under $9,000. 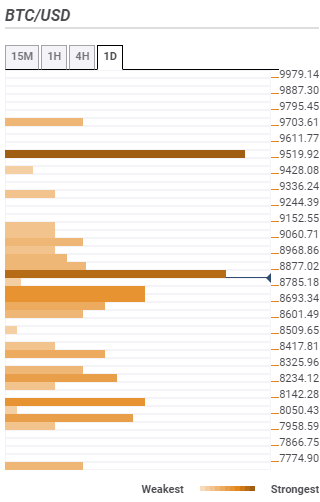 Bitcoin Cash extended the bearish action on Monday below the $240 support. A low was formed at $235, marking the end of the intraday bearish action. BCH/USD has corrected upwards to trade at $241. However, it is still far from the intraday high achieved at $252. With entire cryptocurrency market clouded by a bearish wave, BCH could retest the short support but no rapid price movements are expected in the near term especially with the volatility shrinking.

Litecoin Price Analysis: LTC/USD may retreat to $45.00 before the recovery resumes

Litecoin topped at $50.96 on April 30 and slipped back below $50.00 as the upside momentum faded away during the weekend. At the time of writing, LTC/USD is changing hands at $45.83, down over 5% in the recent 24 hours. Litecoin now takes seventh place in the global cryptocurrency market rating with the market capitalization $3 billion and an average daily trading volume of $4.4 billion.

The presidential elections in the United States are just around the corner. While it is still hard to tell for sure who will secure the place in an Oval Cabinet, the most recent poll results show that Joe Biden, the Democratic presidential nominee, is leading the race.

The past week for Tezos hasn’t been great, the digital asset lost around $300 million in market capitalization as Bitcoin continues gaining dominance over the market.

TRX ready for a major price explosion according to indicators

Tron has been trading inside a tight range from $0.028 to $0.0239 for the past three weeks without a clear direction. Several indicators show that TRX is on the verge of a massive breakout, but in which direction?

The cryptocurrency market is slugging in recovery, accept for Bitcoin. Intense pressure continues to build on critical levels for major cryptocurrencies.