Binance Coin Price Prediction: BNB ready to smash through the yearly high at $33

BNB is currently trading at $30.54 after a bullish breakout, gaining $400 million in market capitalization. The digital asset is on the verge of surpassing BCH at $4.4 billion in total, ranked 5th as only $20 million separate both cryptocurrencies. Binance, the exchange behind the coin, saw record-high numbers when it comes to derivatives volume, surpassing Huobi and OKEx, and becoming the leader. 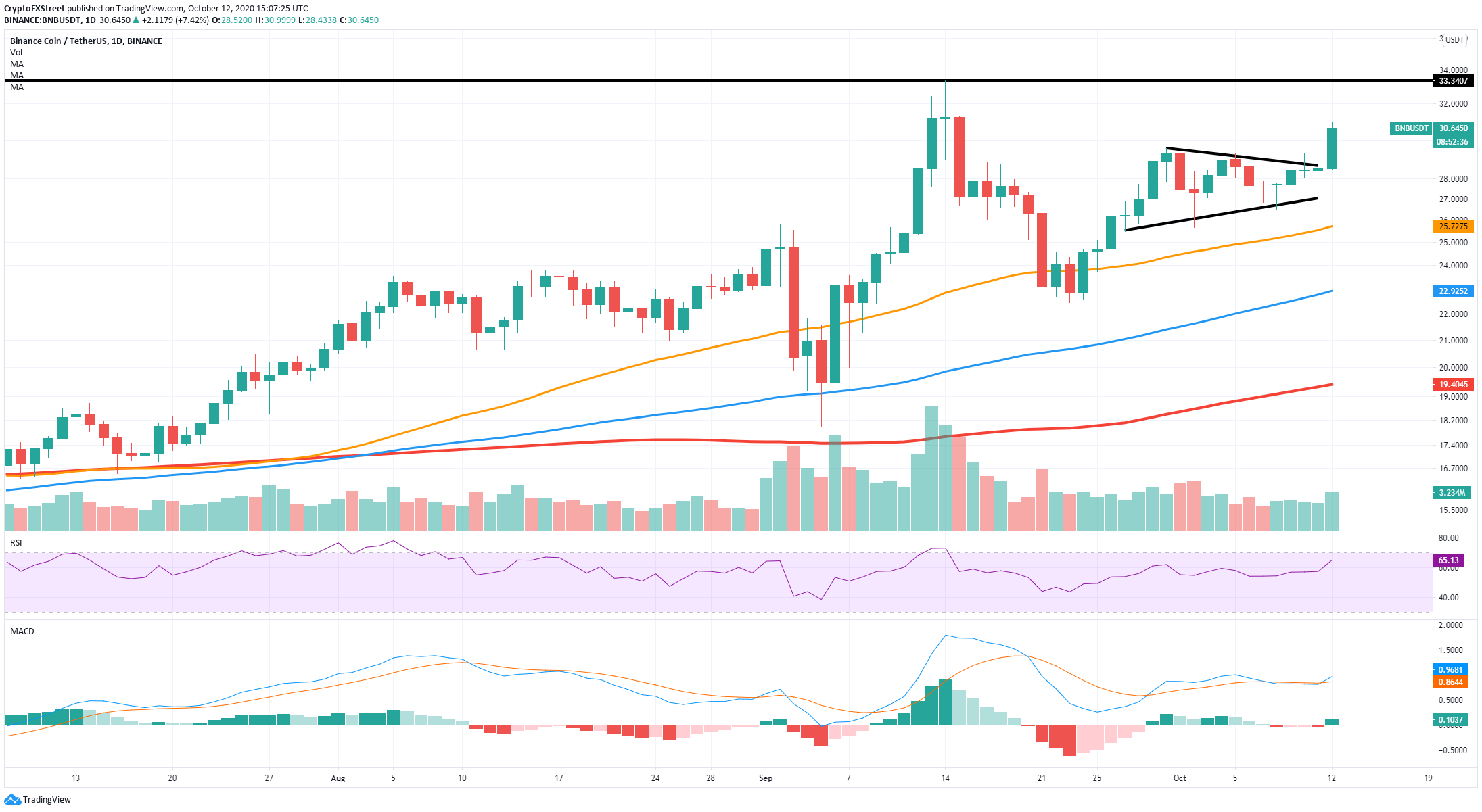 Litecoin had an excellent recovery from the low at $41.64 formed on September 21. The digital asset climbed 23% towards $51 and now faces strong resistance ahead. Over the past week, LTC has seen a notable increase in market capitalization from $3 billion to a peak of $3.35 billion on October 11.

Chainlink Price Forecast: LINK must break through this resistance for the ultimate rally to $13

Chainlink recently embarked on its upward trend following a period of continued downward price action. Support established at $7.2 assisted buyers to regain balance and control of the price. A reversal from the first week of October has seen the decentralized oracle token step above several key levels like $9, $10 and $11. In the meantime, LINK/USD is doddering slightly above $11 amid a developing bullish momentum.