Today most of the major cryptocurrencies exploded into life ahead of the SEC's ETF decision on the weekend.

Just this week the Bitwise head of research said he was confident about the proposal and believes that the Bakkt futures development could play a key role.

In the past, the SEC have cited exchange manipulation and mispricing as a reason to knock back the decision but this time that reason could be obsolete as there are new futures products and custody agreements in place.

VanEck and SolidX decided to pull back from launching an ETF after they found a loophole to bring the product to market with a select few institutional investors. The loophole meant they could get the business they needed without jumping through hoops for the SEC who had already delayed their decision on the product twice.

After the launch of Bakkt futures, the take up had been disappointing but that was not the point. CME has had a futures product for a while. The point was the physical storage and custody it all seems to be working well. This could be the difference between the ETF failing and succeeding.

The price action in Bitcoin has been interesting to say the least. 8K has been defended on numerous occasions and now the bullish stubbornness has paid off as the top of the consolidation at 8,535.00 has been taken out.

On the daily chart below, the price is now looking like its heading to the next resistance point of 9,321. The relative strength index (RSI) indicator has broken the trendline which could also indicate a move higher. This could al crumble this weekend if the ETF bid fails to make the grade and then we may be looking at the old support levels. 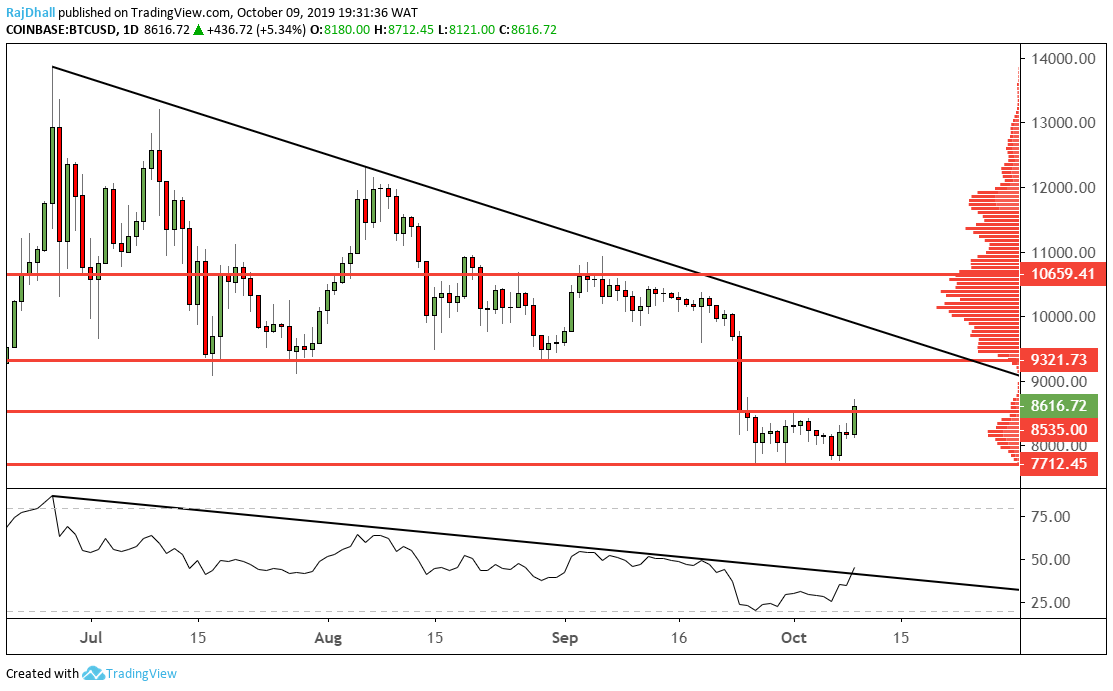