Cosmos price action is getting battered this week after bulls tried to push price action above $33.00 but failed and, in the process, handed the keys over to the bears who pushed price action below $30,00 or booked roughly 11% gains on their short positions. With the Nasdaq and global markets back in the red zone, ATOM price is in there as well, with price action today failing to stay above the 200-day SMA. As the daily candle dangles below that 200-day SMA, the road is open for a complete retrace.

Expect bears to push Cosmos price action further to the downside as they receive help from some negative headwinds that keep investors away from the price action. The first halt looks to be $25.53, which is the double bottom from last week and looks to hold some importance short term. In case equity markets start to tank even further below current session lows, expect another leg lower towards $24,00 with the green ascending trend line offering plenty of support to halt the drop –  by then, the Relative Strength Index will have hit the oversold level as well. 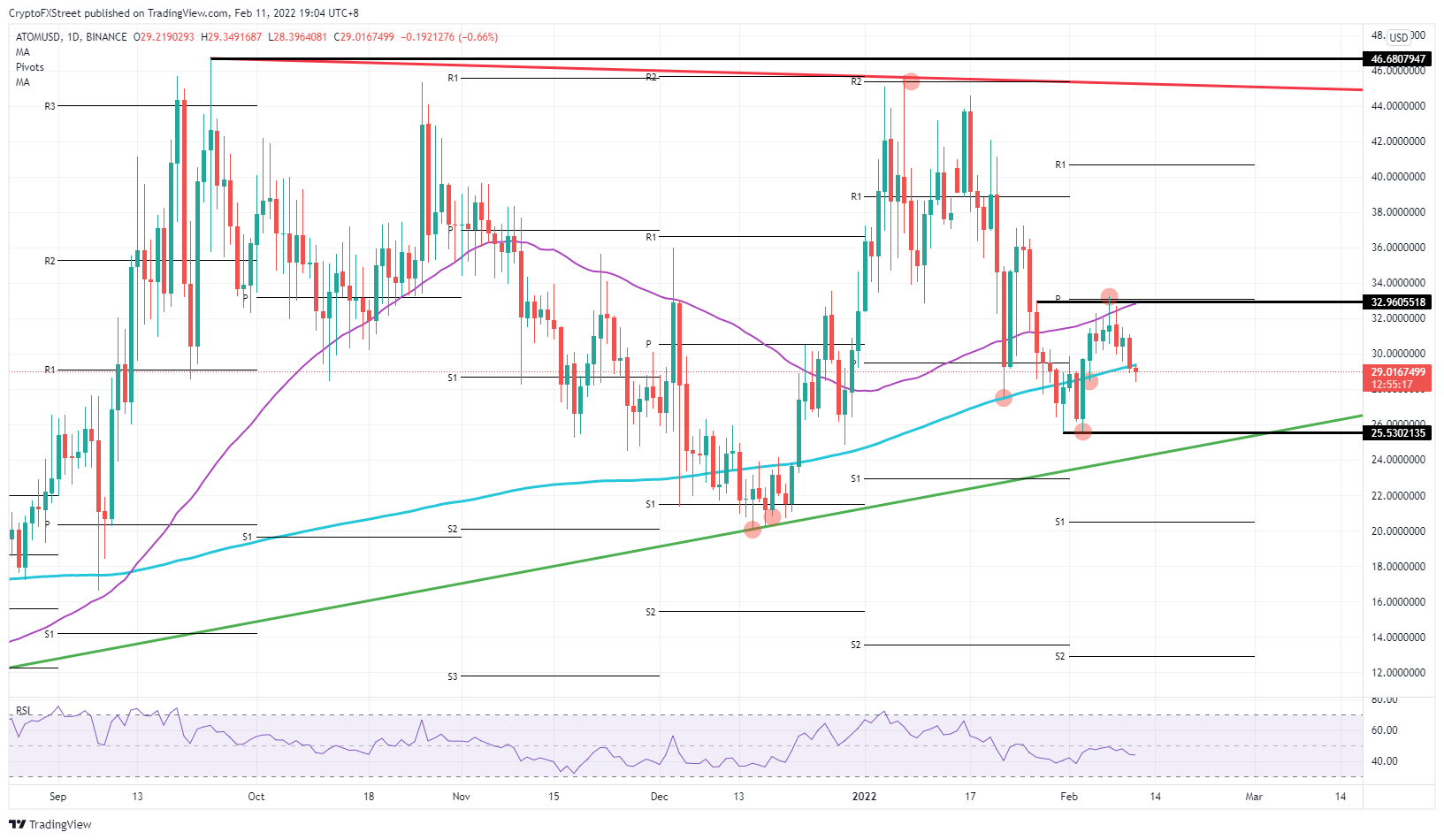 As for now, the 200-day SMA is still in reach and could see bulls succeed in reclaiming it later in the trading session should the US indices erase their red numbers. That would see some renewed interest in Cosmos price action and see a possible paring back of the losses with a close towards or near $32.00. This would then set the scene for a possible break above $33.00 at the start of trading next week.